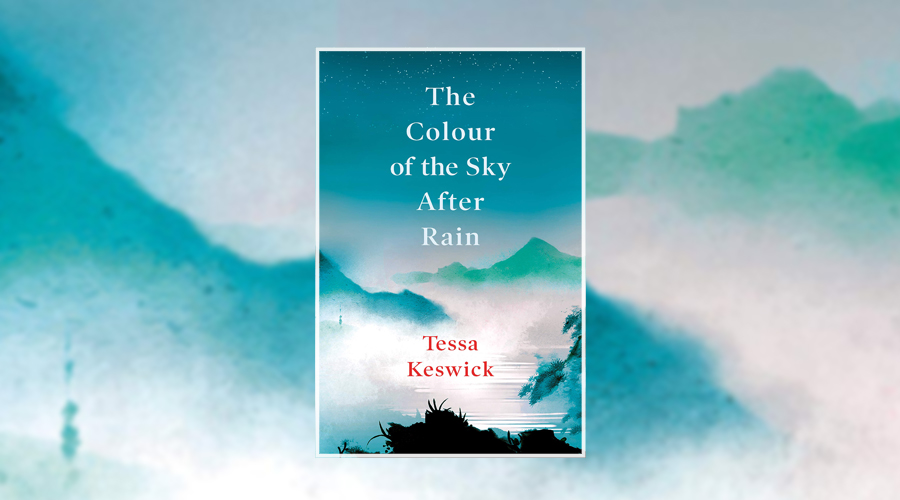 At regular intervals throughout The Colour Of The Sky After Rain there are beautiful, full-page colour photographs depicting the splendour of China’s architecture, both natural and man-made. Each one is a stunning reminder of the depth and breadth of the country’s long, storied history.

And when it comes to this book, that’s me fresh out of positives.

The Colour Of The Sky After Rain is a mind-numbing account of Tessa Keswick’s sojourns to China over the last forty years. Some background on Keswick: She is the wife of Sir Henry Keswick, a millionaire businessman and donator to the Conservative Party. His company – Jardine Matheson – was founded in the early 1800’s and has the majority of its holdings in China, and it is from accompanying him on these business trips that Tessa Keswick has developed such a familiarity with the country.

That’s the main problem with her memoir: Keswick is experiencing China through a hyper-rarefied lens. On almost every page she boasts about staying in a hotel room that was once occupied by Chairman Mao, or attending a dinner party with high-level government officials. There’s a particularly stultifying chapter detailing the numerous visits her Chinese friends have paid to her country estate in Wiltshire, for more lavish dinner parties. There are so many pictures of her estate in that chapter, it often reads like a property advertisement.

The issue with Keswick’s book isn’t so much how fabulously wealthy she is – after all, she can’t help that – but how she refuses to acknowledge that her fabulous wealth means that the side of China she is seeing is far from typical. She professes to have gained an intimate knowledge of the country, but she hardly ever meets with anyone outside her privileged social strata. The affluent, insular world in which she lives also leads her to make some bizarre generalisations; when one of her Chinese friends goes to her house to tell her of his terminal cancer, she calls it ‘characteristic of a Chinese person to treat an old friend in this way, candid and direct and with trust,’ doubting whether one of her British friends would have done the same. How sad that a friend telling her about their illness strikes Keswick as so unusual, she has to literally designate it as a foreign concept.

Aside from the gold-tinted glasses through which Keswick views China, the main problem with The Colour Of The Sky After Rain is that it is really tedious. The book is divided into chapters that recount her trips into different parts of the country, but she has also made the unwise decision to include out of context and poorly explained details from over the thousands of years of China’s history. Then there are the endless accounts of Jardine Matheson business meetings, and shoddy attempts at describing the wonders she sees on her hikes into the country. Dull, dull, dull.

Altogether, across the 386 torturous pages of The Colour Of The Sky After Rain, there is a complete lack of anything interesting, or thoughtful, or worthwhile.