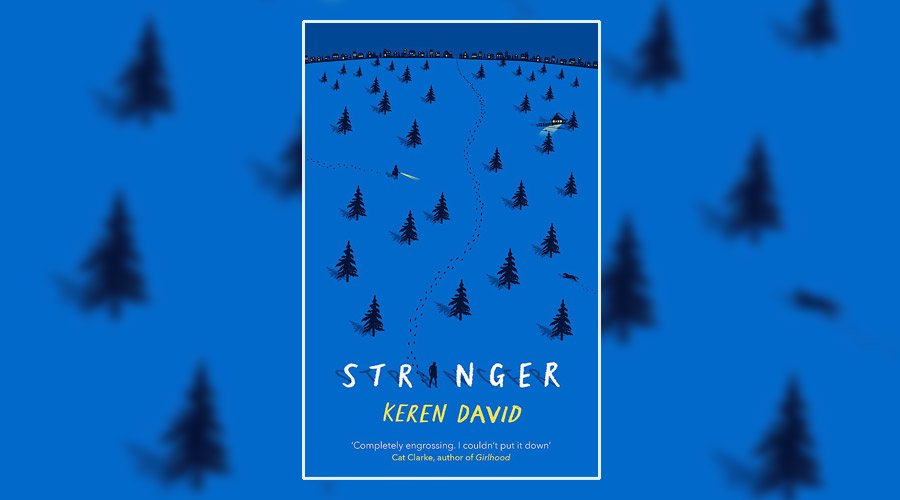 Keren David’s ninth novel is the author’s first foray into historical young adult fiction and what an enthralling, emotional foray it is. Taking place in Canada, Stranger traverses both the early and late twentieth century to tell a tale of love, belonging, family and acceptance.

In the town of Astor, Ontario, a feral boy – naked and covered in blood – staggers out of the forest and stumbles onto the path of 16-year-old Emmy. Whilst her friend Sadie screams and runs away, Emmy feels an instant need to protect the boy and decides to call him Tom, for lack of a real name. It’s 1904 and word of this strange outsider with no memory of who he is, where he came from, or why he was covered in blood, spreads quickly. The god-fearing, small-minded townsfolk are suspicious and wary of Tom, and anything he says or does just seems to exacerbate their fear.

Meanwhile, in 1994, Megan arrives in Astor from London, nursing a broken heart and a secret hardly anyone knows she’s harbouring. It’s her great-grandmother Emmy’s 105th birthday celebration and, having just finished school, Megan needs an escape from her own melancholic reality. Digging into the past with a little help from the local newspaper archives, she begins to uncover Emmy’s own secrets and the untold story of a mysterious boy lost to history begins to emerge.

David might be known for her contemporary YA books but she’s proved here how perfectly the past and present can be weaved together, seamlessly alternating between the early 1900’s and the 1990’s. Times, attitudes and landscapes change across the years but the themes of belonging, identity and the unseen tethers between people resonates throughout the novel, whether it’s from Emmy or Megan’s perspectives.

It helps that both girls are such engaging, belieavable characters, separated by time but brought together by their individual experiences in Astor. At once beautiful and claustrophobic, the town feels less like a scenic backdrop to the story and more like a character in itself; watching Emmy and Megan as they go about their lives, forming new bonds, making mistakes and trying to start afresh. The same can’t be said for other characters – Megan’s cousin Bee or Emmy’s friend Sadie, for example – who hardly veer from the periphery of the story, but the close focus on Emmy and Megan does at least keep the plot tight and snappy.

Stranger is a love story, a mystery and a family drama in one, told with a compelling dual point of view that gives the book a sweeping scope and a timeless appeal. What’s better is that it actually doesn’t feel like a strictly YA read, encompassing issues and observations that adults will just as easily identify with: loss, xenophobia, regret and the importance of learning to forgive if you want to move forward. Hopefully we won’t have to wait too long before Keren David delivers more historical YA.

Stranger was published by Atom on 5 April 2018