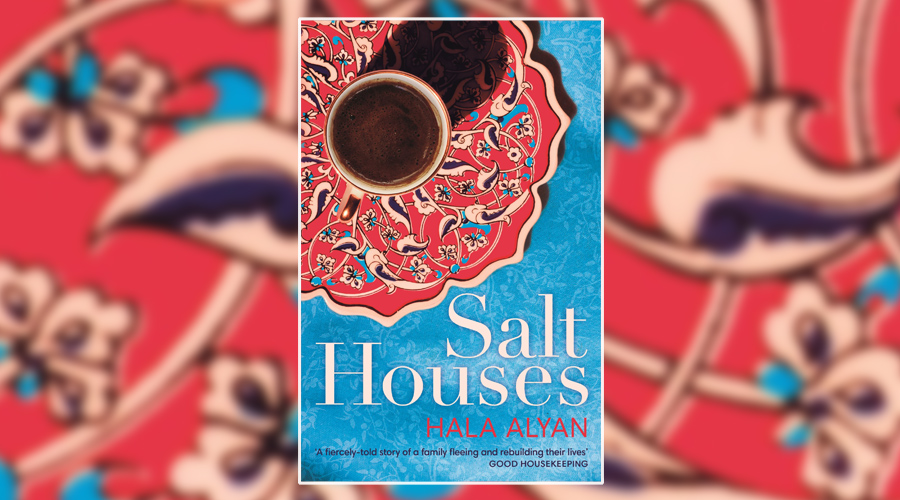 This compact and yet epically staged family drama is the debut novel of Hala Alyan, a Palestinian-American writer who has previously made her name as a poet, and the style of the concise and sharply observed writing that embodies Salt Houses undoubtedly denotes this background.

In describing the movements of the Yacoub family, and their story of unending upheaval from Palestine to Kuwait, and then on to Paris and Boston, Alyan offers a depiction of a family over several generations, with each character sensitively brought to life in all their strengths and shortcomings. She writes each chapter from a different family member’s perspective, and through this the various trials of life in a diaspora is examined. The result is an overarching sense of a family that is haunted by the loss of a place, or places that have been home.

This doesn’t make the book a melancholy read however – if anything, upon finishing I was quite overwhelmed by the impact of what was a masterfully written exploration into the mystery of identity rooted in place, family and memory, and the opportunity for redemption and healing through new generations.

One of the greatest fascinations in Salt Houses are the moments that happen off the page, in the time gaps between chapters that vary from a couple of years to decades. It leaves you wondering over an anticipated phone call or a birthday party, referenced to for the length of a chapter and then tantalisingly left to your imagination at its finish.

These jumps in time also create satisfying echoes within the generations, familial likenesses brought more strongly to the foreground in between the chapters. A rebellious teenage Souad carelessly scattering sugar from her sandwiches all over the floor of the Yacoub house in Kuwait is brought to mind later in Amman, when her own children pour sugar liberally over their cereal. Even if it wasn’t an intended harkening back to their mother’s own sweet tooth, it made me smile.

The changes in societal norms and their frictions over generations are shown through the female characters particularly; Souad’s mother, Alia, is rebellious enough for her time in the sixties – sitting and talking politics with the men when she’s young, spending summers away from her children in Amman once married in Kuwait. Clashes with her daughter, Souad, when she is a teenager, ring true and painfully, the similarity between the two characters’ intelligence and strong will evident when you have seen them both grow up over the course of a few chapters.

The fast pace that the book takes through decades of Middle Eastern conflict only intensifies its seeming ceaselessness. Through some of the male characters, Alyan explores issues of radicalisation and politicising religion. There is an insightful moment when one of the more devout characters, Riham, finds anti-Western fundamentalist leaflets in her stepson’s room, and reading through them finds some of the more general points ringing true for her, but still being horrified at how her religion is twisted to give power to political leaders. This perspective will undoubtedly not be anything new to readers from the Middle East and other areas of conflict with fundamentalist religion, but a more nuanced, realistic examination into these viewpoints may be a fresh perspective for a Western audience where they are portrayed generally as being so black and white.

A moving and skilfully executed novel, Alyan’s debut is well worth discovering.

Salt Houses was published by Windmill Books on 15 March 2018

Book Review: I Have Lost My Way by Gayle Forman