Book Review: I Have Lost My Way by Gayle Forman 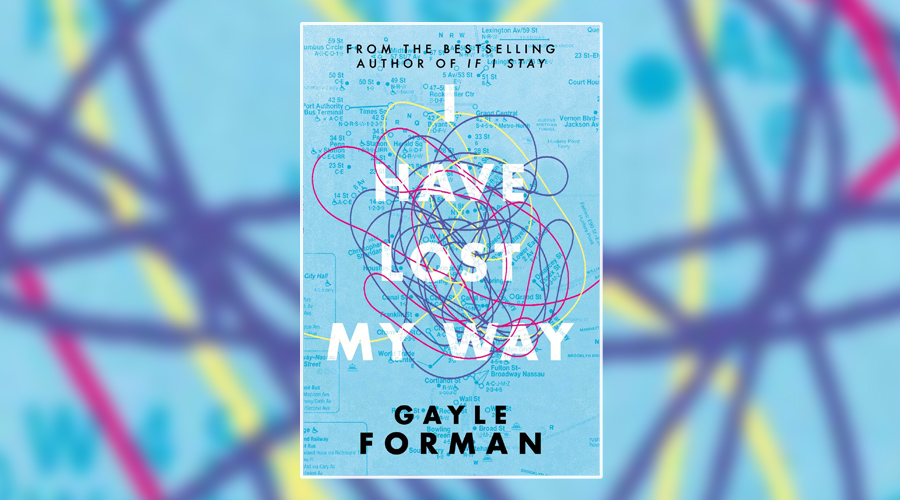 Every so often a novel comes along that just hits all the right beats for a reader, and for me that novel was Gayle Forman’s I Have Lost My Way. Even its very premise strikes a familiar chord: here are three strangers, all of whom are lost in their own ways, who meet to learn that the key to finding what they’ve lost may just lie in each other.

When it gets down to it, I Have Lost My Way becomes less of an action-driven plot and more of a character study, slowly peeling back the layers of each individual to get at the core of their loss. There’s Freya, a young singer on the cusp of hitting the big time but who inexplicably loses her ability to sing one day while recording her debut album; Harun, who tries hard to be a good son to his parents but is hiding the biggest part of himself, and lost the boy he loves because of it; and Nathaniel, who’s just plain lost, having flown to New York City with the last of his money after a family tragedy left him alone, isolated and out of his depth.

Over the course of one day, these three strangers are brought together, get to know each other and maybe even start to help each other re-discover who they’re supposed to be, confronting the demons of their pasts while they do so.

“They only just met. They have nearly nothing in common, but the invisible cord is now a tight triangle, connecting each of their hearts, each of their destinies. They don’t understand it. They can’t explain it. But that doesn’t make it any less real.”

Between the three individual point of views, the careful explorations of their pasts and the omniscient third person narrative tying them all together, there’s not an inch of Freya, Harun and Nathaniel’s lives that readers aren’t given access to. Each of their stories – however common, different or unlikely they may seem at any given time – nevertheless feel as real as they can do, and it goes a long way towards their presentation as empathetic characters that readers can root for.

Of course, with three characters’ worth of stories and emotions to do justice to, sometimes developments and resolutions can feel skimmed over or rushed – something that is most notably felt between Freya and her sister Sabrina, whose years-long complicated relationship is brought to a head in just one conversation. Still, there’s no denying this is a novel that’s been teased out of reality and all of its unpredictabilities, from knee-jerk reactions to imperfect endings, jumping to the wrong conclusions and misunderstandings and all.

As in her other books, Forman once again proves that she has a knack for capturing the human experience here. There’s pain, love, hope, grief and, yes, loss, but nothing really feels superficial or forced into the narrative – unless you’re counting Freya and Nathaniel’s instant connection, which, while not entirely implausible, does feel a little too intense for the one-day setting of the novel. Even so, it’s such a small part of the story being told, which more generally explores family, friendships and understanding your own sense of self, that you can forgive that and instead just give yourself over to the simple elegance of Forman’s words.

In all, I Have Lost My Way is a quick and poignant read, both heartwarming and bittersweet in equal measures. If ever you needed proof that YA is not just for teenagers, this novel, rooted as it is in life’s unavoidable messy reality and told through the often-quiet reflections of three strangers who crashed into each other’s lives through fate or coincidence, is it.