Book Review: Queen of Air and Darkness by Cassandra Clare 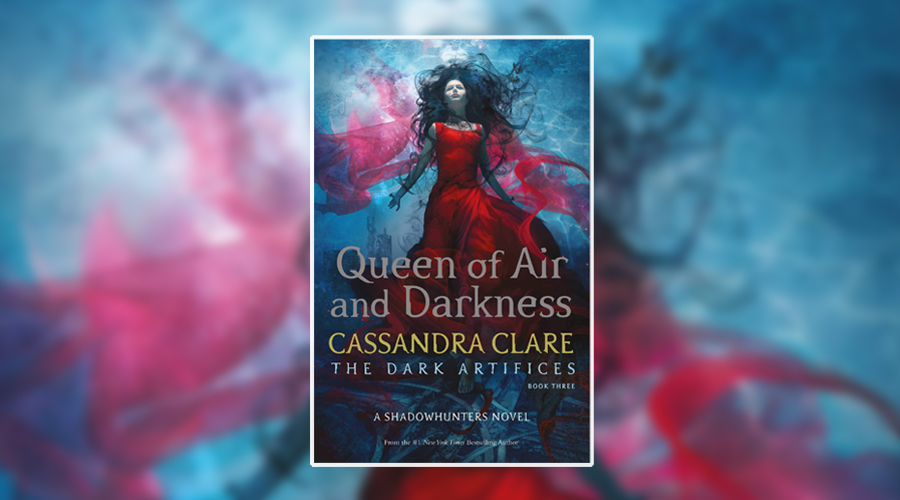 Cassandra Clare’s latest novel Queen of Air and Darkness feels like it’s a book that’s been more than a decade in the making; 12 years after the first Mortal Instruments book was published in 2007, and almost three years after its sequel series The Dark Artifices introduced us to a new set of characters in Lady Midnight (2016), this novel serves as the epic conclusion to another big, bold fantasy drama trilogy from the Shadowhunter world.

Picking up in the immediate aftermath of the devastation wrought in Lord of Shadows, Queen of Air and Darkness begins with the Shadowhunter world on the brink of Civil War, and the Blackthorn family mourning a tragic loss following the death of Livia. With the Inquisitor also dead and a much more extreme group preaching Shadowhunter supremacy quick to fill the power gap, Julian Blackthorn and Emma Carstairs are left to take desperate measures to try and fight their forbidden feelings for one another before the parabatai curse consumes them.

As Julian and Emma undertake a dangerous mission to the world of Faerie and beyond to retrieve the powerful Black Volume of the Dead, they uncover secrets, dark plots and new terrors that could threaten the very survival of the Shadowhunters, and they set out on a race against time to save their people before the curse destroys them both, as well as everyone they love.

“There was something heretical about it, something that carried the frisson of the ultimately forbidden. The words of the parabatai ceremony were not meant to convey desire. Yet every word shivered through Emma’s nerves, as if the wings of angels brushed her skin.”

For Mortal Instruments fans who’ve been there from the beginning, Queen of Air and Darkness is a satisfying finale that ticks all the boxes: romance, battles, magic, forbidden love, dark plots and demons are all present here, ensuring an action-packed plot that keeps you flicking through those pages as fast as possible to keep immersing yourself in this world that Clare has created. But that in itself is also becoming a bit of problem for this series: it ticks the boxes of everything you’d expect to see happen because you’ve seen it happen so many times before. The characters’ names change but, in the battle of good vs evil, we always know that these characters are mostly going to end up happy, together and brokering a tentative peace in the new world they’ve created.

That’s not to say that Queen of Air and Darkness treads only old boards, however, and the second section of the book presented a world and a twist that was the most interesting chunk of the entire 800-odd pages by far. The world of Thule was one I personally would have liked to have seen more of, and it was a shame when the book returned to the story in Los Angeles and glossed over Thule in the space of about five minutes with nothing but a few quick-fix answers to some overarching questions to justify that section’s existence in the first place (at least in this book – the ending suggests Clare has more plans for Thule and its world).

But the truth is, if you’re reading this book as the third of a trilogy – and 15th of a franchise – you’re already completely sold by this world, and Queen of Air and Darkness more than upholds fans’ expectations. As a strong, quippy and intelligent young woman, Emma remains one of Clare’s best characters, and her romance with Julian is one you’re rooting for from the beginning, forbidden or not. The younger Blackthorn siblings each come into their own a little more in this novel too, while the Mark, Cristina and Kieran love triangle brings this series into more mature territory than it’s been in before.

And that is where The Dark Artifices has set itself apart – it’s a darker, more grown-up series than those that came before it, and it’s a more approachable trilogy for the fans who’ve grown up with Clare’s books from the beginning. There are a few too many characters, which inevitably leads to having too many names, stories and histories to keep up with (while the cynics among us will spend most of the time guessing who’ll be featuring in their own story next time), and there’s no differentiation between each character’s narrative voice either, even though Clare takes the time to tell the story from several perspectives.

But still, each of Clare’s novels helps to expand the Shadowhunter world, and Queen of Air and Darkness does just that and then some. It’s an immersive novel, tackling everything from friendships and family, to politics and uprisings, and while at times you may feel like you’ve read it before, you’ve also enjoyed it before, so there’s nothing wrong with giving yourself over to the wonder of the world once again.