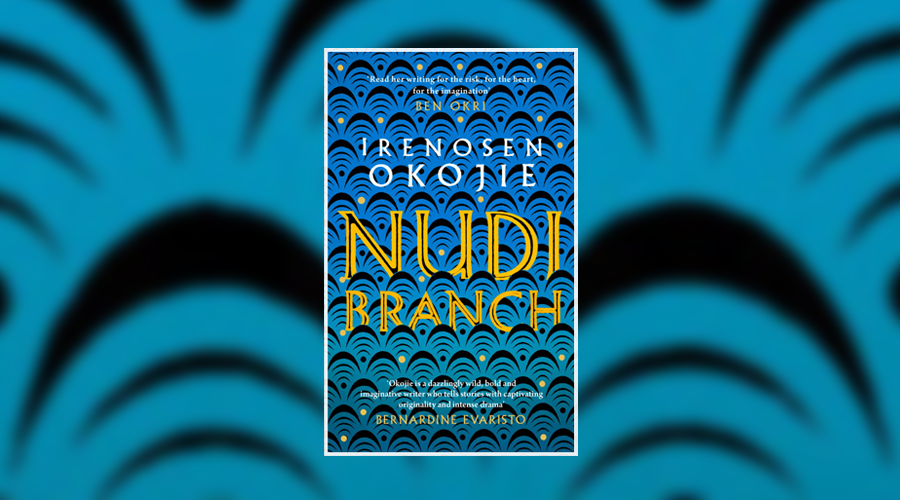 Here is the first sentence of the fifth story in Irenosen Okojie’s collection, Nudibranch:

Once the stray parts of a singed scene had found their way into the bedroom, onyx edges gleaming and the figures without memories had lost their mounted heads to the coming morning, after she’d pressed her face against the space under the doorway crying, reaching for some untouched handful of earth as sustenance, the agency called, Hassan more specifically.

Now, the chances are you will react to that excerpt in one of two ways: bafflement, or awe. Unfortunately, I found myself in the former camp.

Nudibranch is a collection of surrealist short stories. One is about ‘dimension-hopping monks’. Another is about a homeless man who travels backwards in time, Benjamin Button-style. A third – the title story – tells of a goddess who eats the hearts of eunuchs on a magical island. Some of the tales are set in the present day, some in the past, some take place in a world where time seems irrelevant. Most of the collection is set on our planet – London in particular – but some stories occur in a mythical other dimension. The size and scope of Okojie’s imagination is not in question.

The problem is, her imagination often gets in the way of her storytelling, rather than enhancing it. Nudibranch is crammed full of these long, baroque sentences, full of magic and wonder, but much of the time it is hard to decipher what the author is actually trying to say. A couple of the stories – among them, the aforementioned tale of the dimension-hopping monks – are downright incomprehensible. However imaginative and beautiful the sentences may be, it doesn’t matter if you don’t understand the meaning – not even the gist. This is a collection that desperately needed a better edit.

Having said that, there are a few stories in here that overcome Okojie’s tendency to privilege style over comprehensibility. Kamza Bright Morning follows a British rapper in Berlin who falls madly in love with a trans woman. The fluid wildness of Okojie’s writing gives the love affair an extra sensuality, and there are some well-delivered twists to pep things up further. Zinzi From Boketto is the atmospheric tale, set in Prussia in the 1800s, of a mysterious woman who joins a troupe of circus performers. Point And Trill describes a game of paintball which takes a horrifying turn. When she is at her best, Okojie’s writing – always inventive, sometimes delightfully macabre – has the power to bewitch. You truly do not know what will happen next.

The promise shown in Kamza Bright Morning, Zinzi From Boketto and Point and Trill makes it all the more disappointing that the rest of the collection is so difficult to enjoy. The poetic nature of Okojie’s prose will appeal to some people, but I suspect many more will be left feeling the way I did about Nudibranch: confused, frustrated and underwhelmed.

Nudibranch is published by Dialogue Books on 7 November 2019

Book Review: Call Me A Liar by Colette McBeth