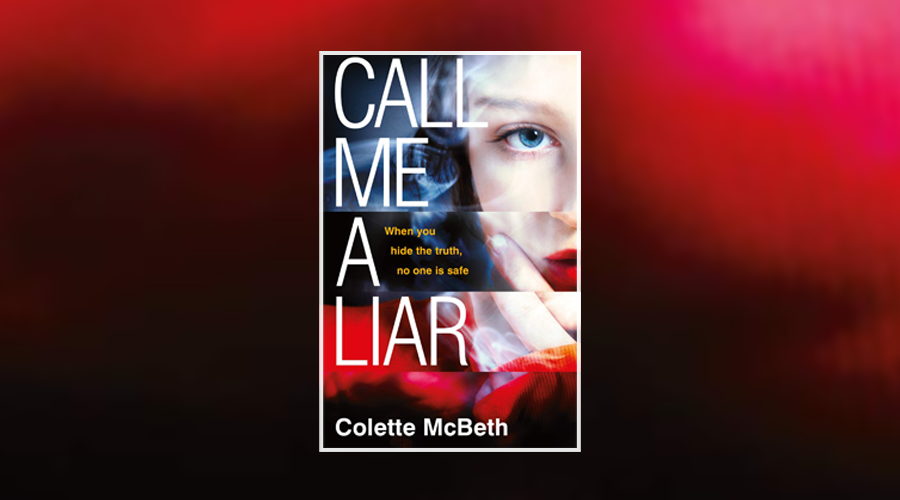 Colette McBeth’s Call Me A Liar primarily focuses on a young, recently graduated couple, Libby and Joe, who end up working for a cyber security company. They are joined by Will, Asha and Tess, who form a small team under the leadership of Kyle, a slick corporate executive. On a team building trip, one of them goes missing and it becomes increasingly apparent that there are some in the group who have concealed their motives for joining the company, and others who are playing sides.

This is a straightforward, modern crime novel set over a few years, from 2017 to 2019, taking place in London and parts of Sussex. It evokes the young millennial mindset, considering ethics and idealism, capitalism and privilege, though not necessarily very deeply. The book’s characters are negotiating the middle ground of life; people who expect to go to university and get a decent job straight away. They have the desire to do good, but also want to earn money and have an easy life, allowing for compromises along the way, specifically for the sake of simplicity.

The opening introduces our two main leads at home. Libby is from a wealthy family but is playing at being bohemian, a familiar type. She’s fallen for Joe, a messy but somewhat attractive young man – think She’s All That pre-glasses removal. Libby and Joe are in love, even if their affection for one another is something we are told about rather than feel. Most of the time it seems like they shouldn’t be together at all. They come from different financial brackets, in that Joe is clearly not from a wealthy family, but they aren’t worlds apart. They fit together in a comfortable way, which is why they are happy to live together and join the same company together.

The five characters working at the cyber security company might seem to be the focus of the book from the blurb but because of the narrative style – where each chapter has a named focus character – two of them, Will and Asha, are quickly sidelined as not important. This takes some of the guesswork out of figuring out who is important to the story and who isn’t. Where this works best is in letting us see the same scenes from the perspective of different characters. Had a least some of the chapters, at least in the first part, been in the heads of Asha, Will or their boss, Kyle, there would’ve been more intrigue to the situations. Similarly, in Part Two and Three of the book, we hear from other key characters quite early into their introduction, which makes their roles, whatever they appear to be on the surface, clearly more complicated.

True to its blurb, Call Me A Liar is about how ‘too much knowledge can be deadly’. It’s a standard sounding crime story tagline. Another way of describing it would be to say that the story is about how lies will always breed distrust and that misinformation or omission of truth will always be a poor foundation for any relationship.

Call Me A Liar features a good amount of action, which ramps up towards the end, and well-timed reveals along the way that keep the story ticking along at a reasonable pace. There’s also a satisfying enough ending, making this an easy, enjoyable read – one that you can complete in a day, on a flight or on a beach holiday.

The Life I Left Behind – Colette McBeth Review