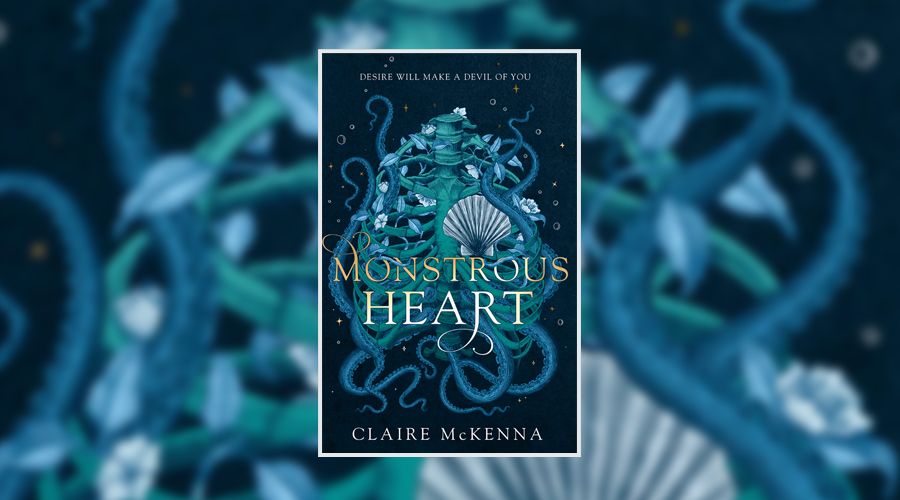 Eager to prove herself worthy of her profession and eminent family name, Arden Beacon arrives in the rugged, salt-swept port of Vigil under a cloud of expectations and indignity. Her task is to use the magic in her blood to keep the lighthouse burning and guide vessels safely past the coastline. But Vigil is an uncultured and deeply prejudiced corner of the world; a place where ancient beasts roam the seas, where men control how women live their lives, and secrets swirl amidst the dense ocean fog.

Arden settles into her new lightmistress position but is blighted by whispers about her solitary neighbour, Jonah Riven. They call him a merciless hunter of leviathans, a brutal monster who murdered his wife, a savage who is more beast than man. The locals warn Arden to keep her distance, fearing she might become his next tragic victim, yet she can’t shake the feeling that the rumours might not be true, that there’s more to her gruff, standoffish neighbour than she’s been told. Arden must use her own underestimated instincts and intelligence to make sense of both the town, the man, and the dark, mysterious waters that surround them all.

Claire McKenna’s fantasy debut is a fierce and passion-filled storm of a novel that draws you into its gothic atmosphere from the very first chapter. Having originally began life as a short story for a competition, it eventually evolved into a novel-length maritime tale about a woman fighting against the elements, both natural and unnatural, manmade and magical. Arden is a woman of immense courage and internal strength, though she doesn’t always realise it. She is bound to her duty and the ethics of her profession, yet she’s consistently hampered by her gender. She cannot choose who to love or marry but the wild heart wants what it wants, and Jonah Riven’s desolation is like a magnetic pull; irresistible.

Monstrous Heart is beautifully written, with an epic and tragically romantic seafaring feel. It has plenty of supporting characters but is anchored by three in particular. The first, of course, is Arden, our heroine, who feels compelled to save a man who is doubtless already beyond saving. Which brings us to Jonah, a damaged and lonely figure who’s as dangerous as he is vulnerable. Then there’s a third character, Jonah’s departed wife, Bellis, whose lingering presence permeates Vigil like a spectre. She haunts Jonah and taunts Arden; her influence perhaps all the more powerful because of her physical absence. She becomes a mythical figure: mourned, revered and, in Arden’s case, bitterly envied.

A recurrent grumble of mine when it comes to fantasy fiction is too much exposition. Monstrous Heart doesn’t have that problem. In fact, it has the opposite. There’s such an intricate, intriguing magical blood system at the core of the story and it’s assumed early on that readers should simply understand and accept it without much backstory. If asked to explain it in any kind of detail right now, I’d really struggle. I wanted to read more about the blood magic and the all-seeing, all-knowing society that controls it, and I couldn’t help but feel slightly disappointed when the end came and it remained as elusive as it was at the beginning.

In keeping with the elusiveness of the magic system, Monstrous Heart is open-ended, which actually works in its favour. Not only does Claire McKenna leave readers wanting more, but she ensures we’ll be pondering the end and the characters involved for a long time to come. There’s so much story still to tell, so much scope to explore the characters beyond their base desires. I’d love to see a sequel that delves deeper into the mythology and monsters in greater depth.

Monstrous Heart was published by HarperVoyager on 2 April 2020