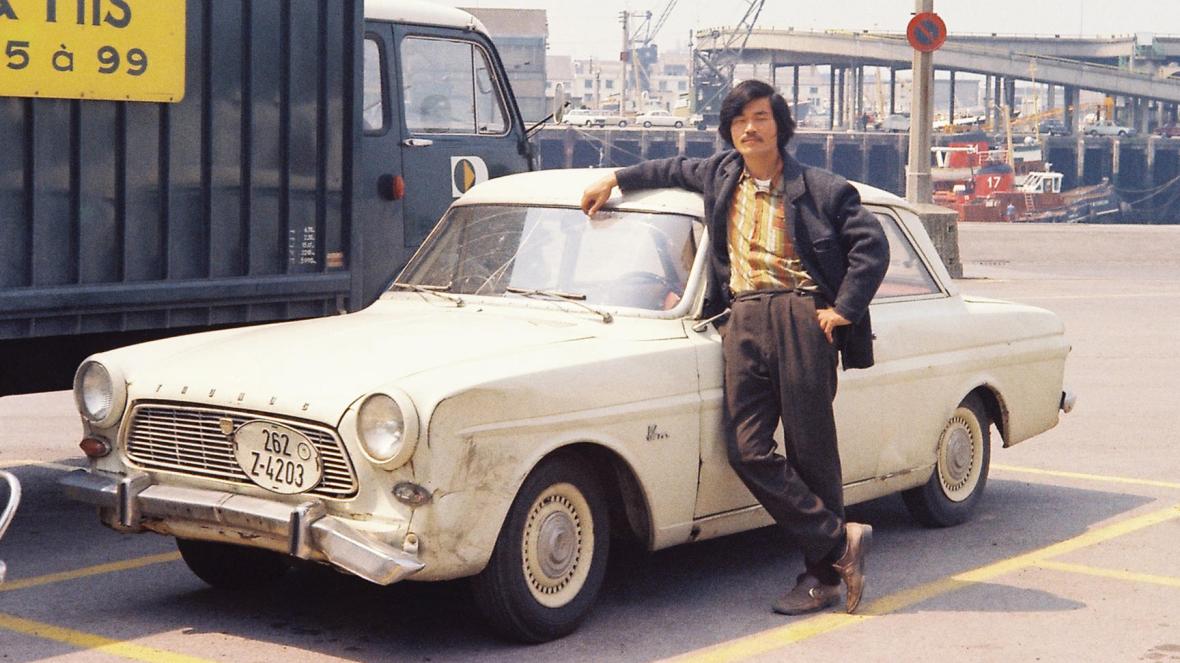 Have you ever been at somebody’s house (remember when you could go to another person’s house!?) and had them ask you, ‘Hey… do you want to see my holiday photos?’ And then been trapped for hours as that person recounts a succession of anecdotes where, well, you really had to be there? The minutes move like molasses as it begins to feel as though they’re reliving their holiday in real time, and it’s an effort not to breathe an audible sigh of relief as they reach the last picture.

Well, imagine that experience, but in film form. That, in a nutshell, is Around The World When You Were My Age. Aya Koretzky shoots her father, Jiro, as he recalls the trip he took around the world in 1970, when he was thirty years old. We see the photos he took and hear his diary entries. There are clips of him pottering around his garden in Portugal. In a visual metaphor that strains the bounds of bluntness, a snail edges its way around a globe. It’s that sort of movie.

Around The World When You Were My Age is a torturously slow documentary. A big problem is that Jiro’s trip – at least, as far as we can tell from his diary entries – appears to have been almost entirely without incident. Jiro isn’t much of a storyteller. His writing is flowery, but suffers from a profound lack of character. His observations about the countries that he visits are hardly revelatory. ‘This country seems to have been designed for cars,’ he says of the US, which gives you an idea as to the level of insight on display here.

Though Koretzky’s documentary suffers from frequent bouts of tedium, it’s hard to doubt the sincerity with which it was made. It’s heavy with elegy. We learn that Jiro – now in his mid-seventies – is losing his sight, which of course adds a poignancy to the images we see. In her narration, Koretzky talks about how, after moving to Portugal from Japan twenty-five years ago, she’s started to forget her native language. She dreams in Portuguese. Life moves on, things change, memories and vision fade.

But none of that detracts from the ponderousness that weighs Around The World When You Were My Age down. This doesn’t feel like the sort of film you watch from beginning to end; it’s more something that you might find playing on a loop in an art gallery, sit down and watch for a few minutes, and then wander away to look at a painting. Whilst it is clearly made with a lot of heart, there just isn’t enough here to justify either the roomy runtime, or why we should spend so long listening to this very nice man who doesn’t have anything interesting to say.