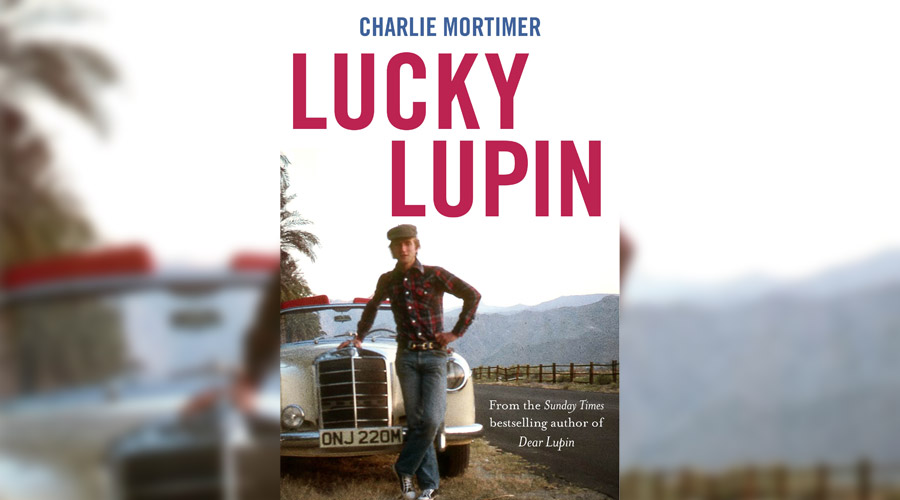 Lucky Lupin is an autobiography written by Charlie Mortimer, the son of the well-known Times horse racing correspondent Major Roger Mortimer (1909 – 1991). This is Charlie’s second foray into writing following his success with Dear Lupin, which became a bestseller in 2012 and was a collection of letters written from his long-suffering father to his errant son over the years. It has now been adapted with critical success for the West End stage in London and stars real-life father and son, James and Jack Fox.

With this book ‘Lupin’ reflects on his own life and the circumstances which led, quite understandably, to his father’s scolding. The book careers through this disjointed journey from his unsuccessful school career at Eton to various Del Boy-esque moneymaking schemes, from wild accounts of partying to the lows of depression and illness. The tone of the book is mostly light-hearted and humorous despite various set-backs such as living with HIV, the death of his parents, addiction and chronic depression. At some points the title ‘Lucky’ seems like a misnomer but very early on it becomes clear that what Mortimer does have is a relentless sense of gallows humour and luck, it would seem, which sees him escape a number of terrible (and often funny) pickles. Most interesting is his approach to contracting AIDs and the shocking level of hysteria that was attached to it during the 80s. Effectively a social pariah, Mortimer made it through the most gruelling medical trials and social isolation which, had it not been for his own brand of humour, could have been thoroughly damaging.

His response to his diagnosis is one of the most interesting aspects of the novel, closely followed by his descriptions of the deeds and words of his eccentric parents, especially his adored mother ‘Ninod’. Other parts of the text are dull and over indulgent but every now and then the reader happens upon a funny anecdote that makes the rest of the text worth it. Notable escapades include ‘adopting’ an ex-con and eating his passport while inebriated then having to present the remnants at customs the next day. Mortimer describes himself as being deeply uncomfortable with the privileged background that he came from and this is evident throughout the book in his attempts to re-invent himself (subconsciously or consciously in various incarnations ‘unbefitting’ of the upper classes. A report card from a tutor at Eton said: ”Nero was content to roll in the dust in order to collect his laurels. Mortimer, however, seems content just to roll in the dust.’’

The book bills itself as ‘a light-hearted story of survival against the odds’ and there are certainly some parts that are poignant. The sadness that he felt in seeing the decline of his father is palpable for example. And his portrayals of the colourful characters that have come and gone through his life are for the most part witty and affectionate. Mostly likeable, mostly feckless, Mortimer is an interesting character with an interesting life. Certainly worth a read for the fact that it is a window into a life very unusually led.