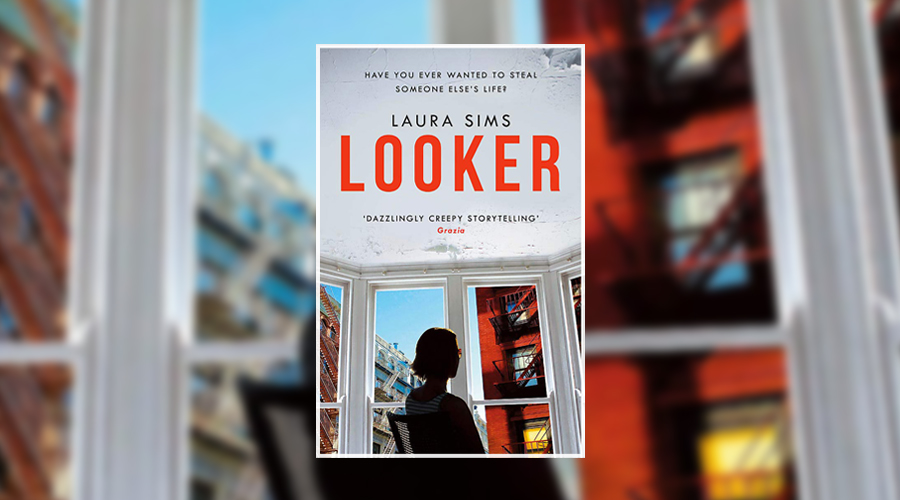 Laura Sims’ dark domestic debut is a book about what happens when fascination veers dangerously into obsession. It centres on The Professor, a woman who lives alone in a ramshackle apartment, with only her ex-partner’s cat for company. A cat she always hated. The Professor is mourning all the things she’s lost, and all the things she never had in the first place: the man who left her and the baby she couldn’t conceive. She has a dead-end teaching job, which is just about holding her together. And she has The Actress who lives a few doors down.

The Actress is beautiful, famous and successful. She has the looks, the job, the husband, the children; the entire happy existence that The Professor craves. The Actress is so secure in her perfect little bubble that she leaves her windows open, even at night, allowing The Professor a glimpse into a family life that will never be hers. The Professor doesn’t see any harm in allowing herself these small fantasies, imagining herself as a part of The Actress’s life. But when those fantasies become a fixation, it’s only a matter of time before The Professor’s harmless spectating becomes something much more disturbing.

“I’m grateful they’ve never thought to install blinds. That’s how confident they are. No one would dare stand in front of our house and watch us, they think. And they’re probably right: except for me.”

Reading Looker feels a bit like witnessing a car driving towards the edge of a cliff in slow motion and waiting for it to tumble over the precipice. The Professor is clearly grieving the end of her relationship and suffering mental trauma over her infertility. She has nobody to comfort her but finds solace in the idea of perfection she’s built around The Actress and her family. So when The Actress doesn’t acknowledge The Professor, it’s like a personal affront. The Professor’s grief is so easily tipped over into rage and it makes her dangerous. Not just towards The Actress but to herself too (and also cats…).

By choosing not to give The Professor and The Actress actual names, Sims deliberately keeps readers at a distance. We’re watching The Professor watch The Actress, who seems oblivious she’s being watched. It’s a superbly unsettling character study that’s easy to get drawn into – initially. That steadfast dedication to just one narrow, unhinged perspective is ultimately what lets the book down too. Having such a singular focus gives a menacing glimpse into The Professor’s tortured mind-set but there’s absolutely nothing else to the story. No other characters get a look in and it barely moves from the Brooklyn street The Professor lives in. It becomes monotonous, which only makes the fact we don’t ever really get to know the central character – beyond what we know of her all-consuming woes – all the more obvious.

If you’re going into Looker expecting to find a mystery or thriller, you’ll be sadly disappointed. This is a brief but dark psychological delve into a troubled mind, and whilst it’s suitably intense, it doesn’t reach the Hitchcockian heights it seems to be aiming for.

Looker is published by Tinder Press on 25 July 2019