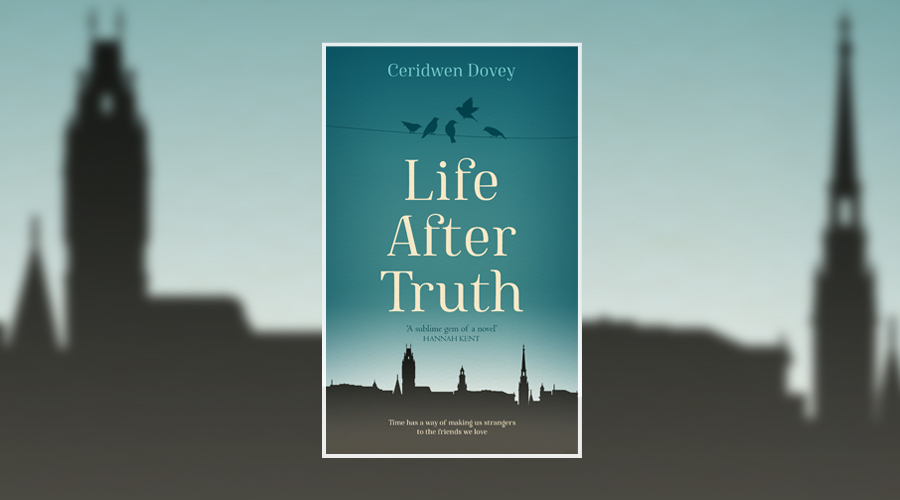 Fifteen years after graduating from Harvard, five friends gather for their college reunion with a mix of anticipation and dread. On the cusp of middle age, the friends have all accomplished things to be proud of – whether it’s achieving professional greatness, or succeeding in raising young children whilst maintaining a happy marriage. Their triumphs and achievements are varied; some have fame and wealth, some have power and intellectual accolades, and some have love, yet none of the five friends have been able to achieve it all.

Congregating in their old halls for a weekend of parties and nostalgia, the friends are forced to assess the things they have, the things they yearn for and the things they want to free themselves from. Mariam and Rowan were the student sweethearts who married young. They love each other deeply but feel crushed under the weight of modern parenthood. Eloise, a ‘happiness’ professor and bestselling author, is pondering parenthood herself, but she’s not sure her aspirations and beliefs are in sync with those of her radical younger wife. Then there’s actress Jules, the unwilling celebrity, who carries a deep sadness about her past and potential future. Which leads us to Jomo, the founder of a lucrative luxury jewellery company and Jules’ staunchest friend, who’s begun to question where his heart truly lies.

Amidst the many reminiscences, revelations and epiphanies, the friends also find themselves caught up in the murder of their infamous peer, Frederick Reese – the political advisor and son of the recently elected and detested US President (a wafer-thinly veiled version of Trump). Yet if you’re going into Life After Truth expecting any kind of twisty murder mystery, you’ll be significantly disappointed. Frederick’s murder is a mere footnote in the story; so insignificant an event that you might wonder why it even features at all. It serves to highlight the political leanings and collective morals of the friends, who all hate what Frederick and his father represent, but it’s not quite the plot-propelling murder that the book’s synopsis would have readers believe.

Life After Truth is at its best when it focuses in on the friends’ relationships with each other in the present, exploring how they’ve evolved, both individually and as a group of five, in the fifteen years since they shared not just halls, but every part of their young lives. They’ve all grown up and apart, and their worlds are so different – from Mariam and Rowan’s family life in a gentrified neighbourhood, to Eloise’s respected position within the same institution she graduated from, to Jules and Jomo’s jet-setter lifestyles. Yet the bond that was formed over a decade ago, whilst strained and pulled thin fifteen years later, still ties the friends together in a way that’s difficult to break.

Having studied at Harvard, Ceridwen Dovey’s personal experience gives her an intimate knowledge of the traditions and attitudes of such an eminent institution. It would be difficult to fake such familiarity with the landscape and inner workings of the university, and Dovey’s first-hand experience of undergraduate life at Harvard gives the story a real sense of American authenticity (Dovey was actually born in South Africa and now lives in Australia). As someone who feels vaguely sick at the thought of milestone college reunions, it’s fascinating to read about characters who are genuinely excited by the prospect of returning to the same place they studied. These characters are proud of being Harvard alumni, which is why someone like Frederick Reese leaves such a bitter taste in their mouths.

Life After Truth is a sharp and thought provoking tale of friendship, parenthood, love, ambition, morality and ageing. At times it feels as if the book consists of more backstory than actual story, but Covey weaves in enough conflicted emotions and tensions to make readers care about what happens to the central five characters. It’s just a shame that the initial tease of a murder mystery element is so underplayed.

Life After Truth was published by 4 March by Swift Press

Book Review: Tell Me My Name by Amy Reed