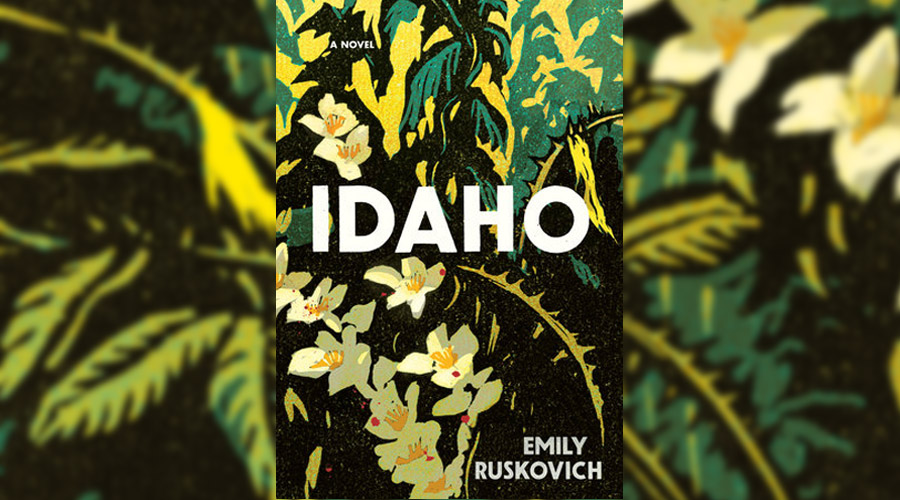 Emily Ruskovich’s debut novel was one of our most anticipated books for 2017. A psychological drama about unthinkable tragedy, the fragility of memory, and the significance of forgiveness and love, Idaho is at once a beautifully lyrical and disturbingly brutal read.

Told from multiple perspectives and timelines that blur and blend into each other, the story begins with music teacher Ann and her husband Wade, who live in the remote mountains of Idaho. Wade, a prairie man and dog trainer, is slowly losing his mind to dementia, a devastating disease that not only steals his memories but also his physical faculties and dignity. As Wade’s condition deteriorates, the dementia acts as both a curse and a blessing for the couple; in forgetting parts of his past, Wade also begins to forget the terrible tragedy that robbed him off his two young daughters and sent his first wife, Jenny, to prison.

Across the course of the novel we visit and revisit fleeting moments in time and various characters whose lives were directly and indirectly affected by Jenny’s actions that fateful day in the mountains. Whilst taking a break from collecting and chopping wood logs with her family, Jenny inexplicably killed their six-year-old daughter, May, with a hatchet. Nine-year-old daughter June witnessed the singular act of violence and fled the scene, disappearing into the mountains never to be seen again. With Jenny incarcerated for life and Wade left to pick up the pieces, Ann becomes the linchpin that holds the memory of May and June together.

The story flits between the past, present and future to provide glimpses into the lives of these ordinary people before and after that terrible tragedy; Jenny and Wade’s first meeting, their life on the mountain prior to their daughters’ arrival, June and May’s fragile sisterly bond, Jenny’s incarceration and friendship with her cellmate, Wade’s life with Ann following the loss of his daughters, and Ann’s life after Wade. These transitory storylines are like a patchwork blanket, each character and timeline its own individual square stitched together out of sequence and without order, yet somehow forming a cohesive whole.

“How quickly someone else’s life can enter through the cracks we don’t know are there until this foreign thing is inside of us.”

Whilst it is Jenny’s unfathomable act of violence (something that always remains vaguely ambiguous) that is the catalyst for the novel, it is Ann who acts as the beating heart of the story. Though she can never know for sure, she believes she played some part in the scattering of Wade and Jenny’s family, and she feels duty bound – not only as Wade’s wife, but also as a compassionate person – to give the woman who killed her own child some semblance of peace and forgiveness, even if she can’t ever forgive herself.

Ruskovich’s writing is rich, layered and affecting, comparable to a musical score that rises and falls like the Idaho mountain wind. Her descriptions of the location and climate are wonderfully vivid, capturing the northwestern American landscape in the different seasons and conjuring a serene yet tough image of a life lived so remotely. Ruskovich is smart enough not to try and describe the actual moment of violence that instantly destroyed Wade’s family – meaning the reader has only their imagination to piece together exactly what happened, with a little help from Ann who can’t help but envision the violence in a bid to understand why it happened.

With so much toing and froing, the pace occasionally slows down a little too much, which I found detached me from the main characters, but the weight and emotion of the story pulled me back. That Idaho continues to have a haunting effect after it ends is exactly why you should read it and why Emily Ruskovich is an author to keep an eye on.