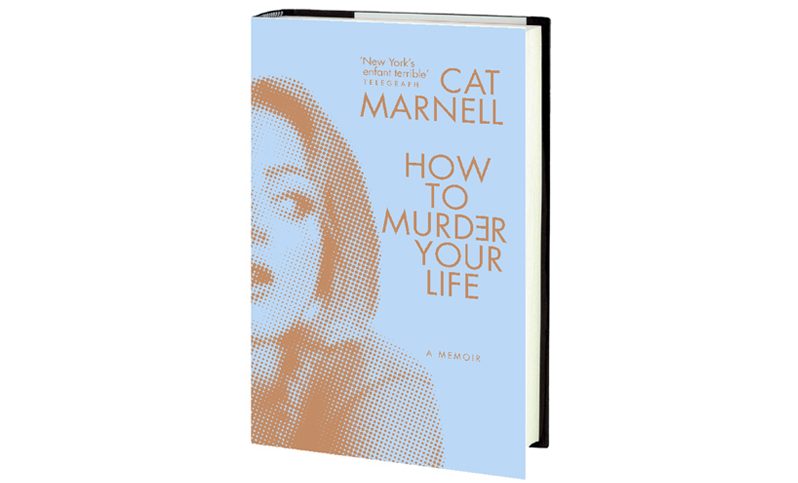 Cat Marnell has had a messier life than most, complete with all the drugs, pills and rock bottoms you’d expect of a 20-something self-confessed hot mess working the New York club scene at the turn of the millennium. To pick up this memoir is to commit yourself to an often-frustrating read as Cat often abuses and overlooks her privilege, both at home and throughout her career, but there’s also no denying that How to Murder Your Life is both raw and painfully honest – and an account of one woman’s life of addiction that is too horrifying to put down.

At the age of 15, Cat’s psychiatrist father signed her up for an Adderall prescription for her ADHD that soon led to her popping other prescription drugs throughout boarding school. By 19, she’d been expelled from school, undergone a second-term abortion and was starting again in New York City, quickly getting caught up in the NYC party scene and trying any and all drugs that came her way. By 26, Cat was an Upper East Side ‘doctor shopper’ with near unlimited access to prescription drugs and stuck in a web of toxic relationships, all while somehow managing to hold down a high profile job at Condé Nast.

In the early stages of this memoir, Cat comes across as ungrateful and annoying as she details her privileged, moneyed upbringing in Washington DC. Even as it becomes clear that her childhood wasn’t particularly happy, she still paints a picture of herself as selfish and bratty (which is no mean feat to achieve) and three chapters in, I was convinced I wouldn’t be able to finish reading. When Cat moves to New York, however, her story really begins, and once you get past the first couple of chapters, How to Murder Your Life becomes another beast entirely.

“Being clean had felt really great in Connecticut. But back in Manhattan, not being on stimulants just felt… wrong. My energy didn’t match the city’s energy anymore. I felt very fuzzy around the edges, and just… weird and lazy.”

Between Cat’s experimenting with opiates, PCP, cocaine, Xanax, Angel Dust and Valium, not to mention the drinking and the bulimia that went along with it, New York is when all the highs and the lows reach their most extreme points – and Cat doesn’t shy away from the brutal details of her addiction, how it made her feel or how it made her act. From there on out, this memoir becomes a fascinating hybrid of high profile beauty events, first class plane tickets to Europe and drug-fuelled binges that end in cocaine nosebleeds or terrifying hallucinations more often than not.

What you really get in this memoir, then, is a story of two halves: on the one hand, it charts the rise (and fall) of a young, ambitious woman with a determination to forge her career in magazine publishing, and on the other it’s the story of an addict – albeit, a highly functioning one. Yes, it’s frustrating to see Cat throw away so many good opportunities and disappoint so many good people, but the fact that she knows it is too makes the frustration somewhat more bearable, and you can’t help but become engrossed in Cat’s self-destructive antics as she recounts every moment of her charged journey, or life murdering, in startlingly vivid detail.

But to get to the end of Cat’s admittedly compelling story, you do also have to wade through an alarming amount of capital letters and a frustrating number of exclamation points, which, when noticed, are impossible to ignore. While some faults of the memoir are acknowledged by Cat herself in the book – “Addiction is rather cyclic, you know.” – there are others, such as opening every other chapter with a question, that become less of a stylistic choice (if they ever were) and more annoying the more you pick up on them.

It’s the kind of writing that may work well in a short article, but becomes unsustainable, and even a little weird, over long form content. But, let’s be honest, you’re unlikely to be picking up How to Murder Your Life for the quality of its writing, and content-wise there’s certainly a lot to keep you engaged and turning those pages.