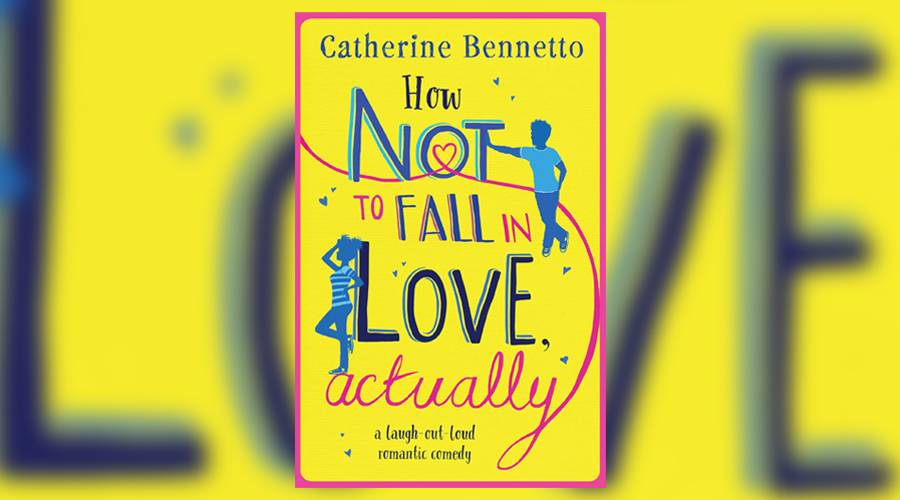 Emma is 27 when her life is turned upside down by the news that she’s accidentally fallen pregnant – and the fact she’s recently decided to break up with her boyfriend of five years (and now the father of her child) before the job she hates pushes her just far enough that she snaps, argues back and loses her job doesn’t actually help matters either.

With no job, no boyfriend, no money and a child on the way, an inheritance from her grandmother turns out to be a lucky break for Emma and she soon finds herself set up in a little cottage in Wimbledon with an unexpected lodger, a very nosy neighbour and roughly nine months to come to terms with the fact that life doesn’t always go the way you planned but that doesn’t necessarily mean it’s a bad thing.

Sticking with Emma throughout her pregnancy – from just before her finding out to just after she has the baby – this novel charts the joyful highs along with the lower moments of doubt and everything in between. She’s a perfectly flawed character who never quite grasps that being pregnant means there will be a baby to look after at the end of it and she isn’t shy about listing what she misses about her life before getting accidentally knocked up too. Emma laments being unable to enjoy London nights out like she used to, as well as being single and lonely but feeling unable to hook up with anyone anyway thanks to her very pregnant situation.

“People my age were still going on gap years, spending their Christmas Eves having lines of coke off the back of a toilet cistern in clubs and figuring out what they wanted to do ‘when they grew up’. Which I guess we all thought happened sometime in your thirties.”

But as much as this novel takes us through Emma’s life, plot-wise there’s not a lot that actually happens after the big baby bombshell, so it’s just as well that How to Fall is populated with a fantastic cast of eclectic, bold and big characters to keep the momentum going. There’s Emma’s mum, Diana, an easily-distracted yet determined woman who’ll support her daughters fiercely even as she’s criticising their more perplexing life choices and their fashion sense, while Emma’s ever-supportive, ever-rational sister Alex was another stand-out for me – and her story is one I wouldn’t mind reading in a novel of its own.

At times, it can feel like there are just a few too many characters to keep track of, especially when they have very little bearing on the direction the novel is taking, and there were times when the names of the characters just felt like words on a page if too many people were gathered in one scene. But for all the naming of characters for characters’ sake, it’s at least a relief that the main group had fully-realised personalities, from Emma’s ex-boyfriend Ned’s dozy hopelessness and aggravating behaviour to lodger-slash-friend Joe’s easy-going, happy-go-lucky nature coming into Emma’s life just at the right moment.

And really, it’s the strength of these characters, their relationships and their interactions that makes this novel such a fun and heartwarming read. You can probably guess how it’s going to end up early on in the read, but you’ll also be hard-pressed to find a scene or a character in this novel that you can’t relate to in some way.

Despite its hefty page count clocking in at near the 500 mark, How Not To Fall In Love, Actually is the kind of read you can breeze through in a day if you commit yourself to the journey. It may not be the most exciting narrative, but what it lacks in action it more than makes up for in heart.

How Not to Fall in Love, Actually was published by Simon & Schuster on 26 January 2017