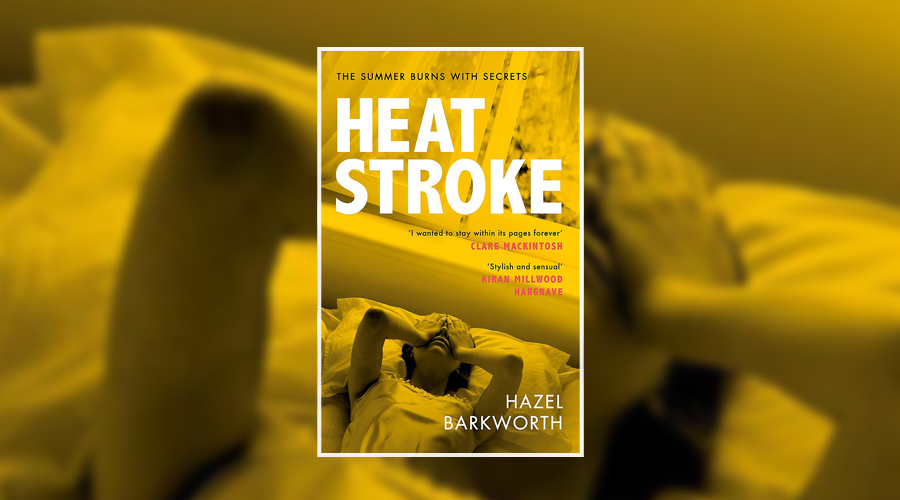 It’s during a stifling heatwave that fifteen-year-old Lily goes missing. She told her mum that she was staying at a friend’s house overnight but when she doesn’t come home the next afternoon, alarm bells start ringing. It turns out Lily didn’t go to the sleepover and her friends have no idea where she might have gone instead. Rachel is Lily’s teacher and the mother of her best friend Mia. Like all the other mums, she’s concerned about Lily’s disappearance, even more so when it’s revealed that Lily took an overnight bag, packing some of her mother’s lingerie, with the intention of meeting someone.

With the police questioning everyone who knew Lily and the reporters parked at the school gates, Rachel becomes progressively fixated on Lily’s absence. Her husband works abroad and her relationship with Mia is strained, even more so since Lily disappeared. She’s lonely and unmoored. What’s more, she knows things she should be divulging, to both the police and Lily’s parents. Things that would make it easier to find Lily and make sure she’s safe. But as the heat mounts and the pressure intensifies, Rachel finds it increasingly difficult to confront the truth. Because confronting the truth about Lily means confronting her own truths too.

Hazel Barkworth’s Heatstroke is a novel that simmers with secrets and obsession. It’s a story about the relationships between mothers and daughters, and what happens when adults cross boundaries they should never even consider crossing. Rachel’s warped perspective offers up an intimate portrait of a woman so desperate to reconnect with her younger self, to feel alive and seen and wanted, that she makes horrible, regrettable decisions. It’s a sultry slow-burner, drip-feeding the present narrative with snippets from a not-too-distant past.

It feels appropriate that I started reading this during a period of scorching weather because it’s the perfect summer read. Heat sizzles off the pages, providing a claustrophobic atmosphere as Rachel obsesses over Lily’s whereabouts, imagining and inventing scenarios about where she is and what she’s doing and with whom. Yet despite Lily’s disappearance being the catalyst for the drama that ensues, the story feels more about the relationship between Rachel and Mia; the lies they tell, the secrets they keep, the choices they make that, both inadvertently and deliberately, hurt each other.

Rachel might be a difficult character to like or identify with but she’s surely not the first woman who has struggled to let go as the child she brought into the world seems to need her less and less. If the end tells us anything though, it’s that a girl always needs her mum, even if that mum needs a lesson or two on good morals and appropriate behaviour…

Heatstroke is published by Headline on 28 May 2020