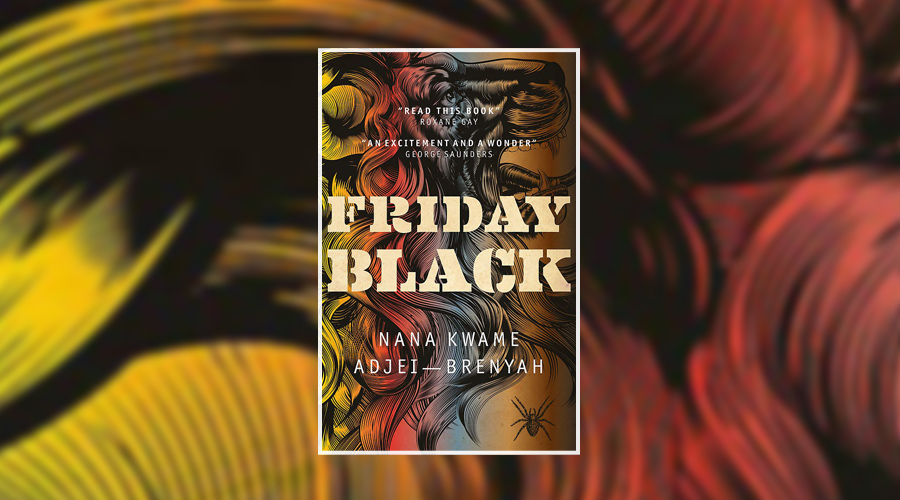 Friday Black is a collection of short stories that takes racism, and other subjects, and views it through the lens of speculative fiction and more day-in-the-life vignettes. The result is a set of interesting, impactful and vivid stories. Some teeter on the edge of uncomfortably close to reality and our near future, namely twisted but not so farfetched looks at our consumer and technology powered world, akin to Black Mirror. Other stories, mostly later in the collection, are smaller examinations of the minutiae of human interactions, focusing on personal experiences and the musings of the mind – though they are not exempt from darker turns.

As a collection, Nana Kwame Adjei-Brenyah’s first book is a mixed bag but one that signals a clear intent to question what we might become and what humanity already is, whether we realise it or not. These topics are not easy to take in and that can make reading about it uncomfortable. Certain stories, such as ‘The Finkelstein Five’ and ‘Lark Street’ are so confronting that they burrow into your brain, others like ‘Zimmer Land’ and ‘The Era’ are imaginative and feel like societal mirrors in an accessible way.

As a note: If you find the constant violence, tragedy and injustice that is all over the news difficult to cope with, then parts of Friday Black may not be for you. For example, ‘The Finkelstein Five’, is a very well told story but it’s also horrific and features depictions of brutal violence, attacks on black people, including children, and is hard to read. Not all the stories are like this, but topics like abortion are dealt with straight on, and may be difficult or triggering for some readers.

Death, murder and violence are constants throughout this book, and appear in most stories, even the ones that seem to be the most benign. It can often feel too much and so this is a collection that you might pick up and put down, rather than being able to read through.

Certain stories stand out for different reasons. ‘The Finkelstein Five’ is brutal and a painful read. Similarly, ‘Through The Flash’ has a horror movie cruelty to it, though the torture is presented by a blasé narrator. ‘In Retail’ is a contrast, telling of how an interaction between a store clerk and a particular type of customer happens, looking at the choices made by the store worker to facilitate a positive interaction. ‘How To Sell A Jacket As Told By Iceking’ does this too, but with a more boastful voice.

The worlds created by Adjei-Brenyah are clearly designed and show a sharp use of language that cuts deeply into your imagination. Visceral reactions to these stories are made possible by the author’s ability to lead you through their story. The messages about society and racism are clear, whether it be the simulated violence against black people in theme park form, or the literal frenzied zombification of consumers as shown in the books namesake Friday Black. You get the intentions loud and clear.

As the first book from Adjei-Brenyah, it will be fascinating to see what comes next and how other stories might build on the ideas and worlds created here – some of which appear to be part of the same universe and can be pieced together to create a curious history of the future.

Black Friday was published by riverrun on 27 June 2019