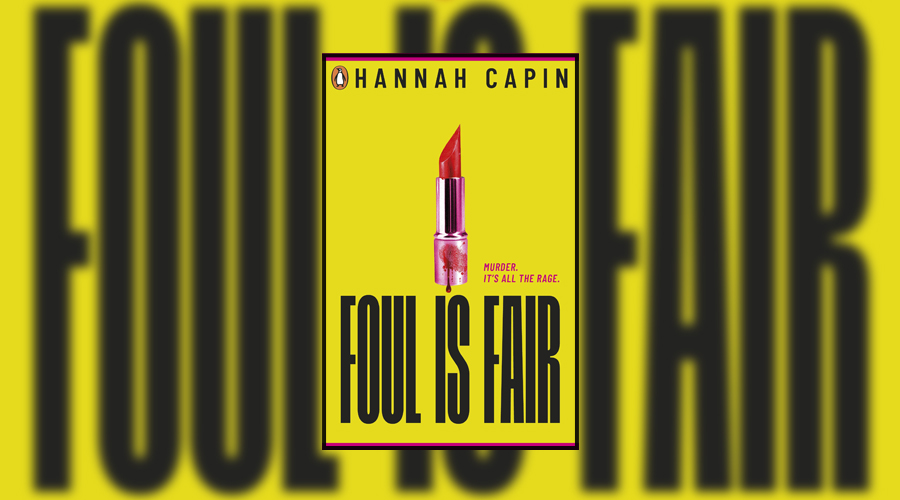 In movie terms, U ratings are typically used to signify a film that’s universally appropriate. Hannah Capin’s Foul Is Fair has also been given a U rating, but for a completely different reason. You’ll find no sentimental storyline or positive reassurance here. This U stands for ‘unapologetic’, as in: ‘not suitable for those with a disposition towards fragile masculinity.’ It’s a raging, merciless, Tarantino-esque revenge thriller that puts a whole new slant on smashing the patriarchy.

Jade Khanjara and her three best friends are the queens of their glittering LA circle. They’re young, wealthy, beautiful, smart and full of the kind of devil-may-care attitude that comes with being all of those things. They enjoy attention and they decide how the party ends – until one night they don’t. That night, it’s a group of self-important, jockish boys from another school who set the rules. They spike Jade’s drink, lock her in a room and brutally attack her. But they picked the wrong girl in Jade and with her merciless coven at her back, she vows to take vengeance into her own hands.

Before Foul Is Fair even begins, Capin lets readers know that her book opens with a violent assault, which is not depicted on page. We don’t need a detailed description of the moment that changes Jade forever; her ferocious reaction the next day and her subsequent ruthless pursuit to hurt those who hurt her gives words to everything she feels in the aftermath of that horrific night. There’s no shame in Jade’s story. She’s not a victim, and she doesn’t apologise or hide herself away. She rises up, reclaims her power and basks in the bloody gratification as she unwaveringly takes her revenge.

“I point at my hair, and I say, This color. You know what it’s called?
She shakes her head: No.
I say, REVENGE.
She says, Good girl. Kill him.”

This isn’t an easy read and, given the subject matter, it absolutely shouldn’t be. However, there’s a certain grim satisfaction in Jade’s uncompromising mission that brings to mind Kill Bill’s The Bride or Killing Eve’s Villanelle – characters that are as compelling as they are deadly. Jade is a survivor and a fighter, but she’s not sympathetic. The more she inserts herself into the lives of the boys who tried to ruin her, the more psychopathic she becomes. Yet in this post #MeToo world, it’s almost too easy to condone her actions, no matter how terrible they are. Capin forces readers to feel conflicted and uncomfortable, to question whether two wrongs make a right, to wonder if the ends justify the means.

The relentless ferocity with which Capin writes makes this an urgent and powerful read but it’s so focussed on Jade’s vengeance that it doesn’t allow us any time to delve into who she really is as a young woman. By the end, we don’t know any more about Jade than we did at the beginning, aside from her rather frightening capacity for manipulation and enthusiasm for violence. Yet maybe that’s the point of such a story. Capin isn’t asking us to like or understand Jade, and we’re not expected to empathise with her throughout the entire novel. Yet we see her vengeful wings unfurling. We hear her fierce warrior’s cry. For Jade herself to feel seen and heard and vindicated, that’s enough.

Controversial, challenging and fuelled by the rage of a thousand women in one, Foul Is Fair might not be a book for everyone, but it speaks to all the survivors who’ve been silenced and might never see the justice they deserve.

Four Is Fair was published by Penguin on 16 January 2020