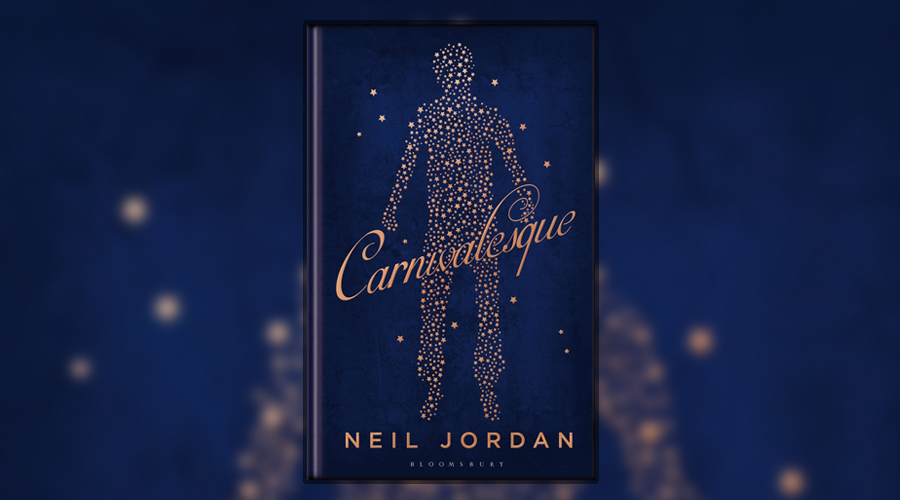 There are books which you go into without knowing what to expect because they are impossible to slot into a particular genre. Carnivalesque is one such book. It is a vividly fleshed out story about adolescence and folklore that blurs the line between fantasy and reality.

The novel starts with a boy, Andy, who stops over to visit a carnival with his parents while they’re on their way to a new shopping mall. Andy is entranced by the surreal sights and sounds of the carnival, which seem oddly familiar to him. While strolling through the carnival, he comes across Burleigh’s Hall of Mirrors whose remoteness entices him more than the adrenaline-pumping rides around him. While he explores the insides of this beguiling hall, in a bizarre turn of events, Andy is entrapped by his own reflection in the mirror while his reflection, a changeling, walks out of the Hall and takes over his life.

Although his parents don’t immediately realize that a swapping has taken place, his mother soon grows increasingly unsettled at the changes in her beloved son. As an only child, he used to be quite close to her but since the carnival he’s grown distant and peculiar in his ways. She attributes it to his approaching adolescence, even as she has a niggling doubt that something strange happened at the carnival.

The parallel narratives giving us insight into the lives of Dany and his doppelganger are set against the backdrop of the revival of a discarnate entity, Dewman, which will inevitably lead to mortal danger as both the boys’ fates are entwined.

Carnivalesque for the most part reads like two distinct stories – one a fantastical fable about a mystical world with incorporeal beings who have an atavistic history. The second is an extremely realistic portrayal of a dysfunctional family. Andy’s parents don’t have the strongest of marriages and we see how Andy, even while trapped in the Hall of Mirrors, is temporarily relieved to get away from the tense atmosphere of home.

I found the latter more interesting and loved how Neil Jordan delved into the psyche of Andy and his mother, Eileen. He depicts an authentic portrayal of the bond between a mother and a child. Eileen observes Andy receding into himself and concludes that it is a sign of him growing up and seeking his independence. The conflicting betrayal she feels at this point is palpable and sensitively articulated. Jordan reveals the uncertainties which plague parents as their children reach the threshold of adolescence.

The only issue I had with this book was that I felt this aspect of the story deserved more space rather than the history of the carnies, which at some point became long-winded and overly elaborate.

The highlight of Carnivalesque is its lucidly illustrative prose which renders the descriptive passages alive. Jordan meticulously embellishes each scene in incredible detail, giving it the quality of a fairy tale. Most of the carnival scenes have a very cinematic quality to them and are a joy to read. Carnivalesque is a captivating hybrid of magical realism and a coming of age story and will appeal to fans of Angela Carter and Neil Gaiman.

Carnivalesque is published by Bloomsbury Circus on 23 February 2017