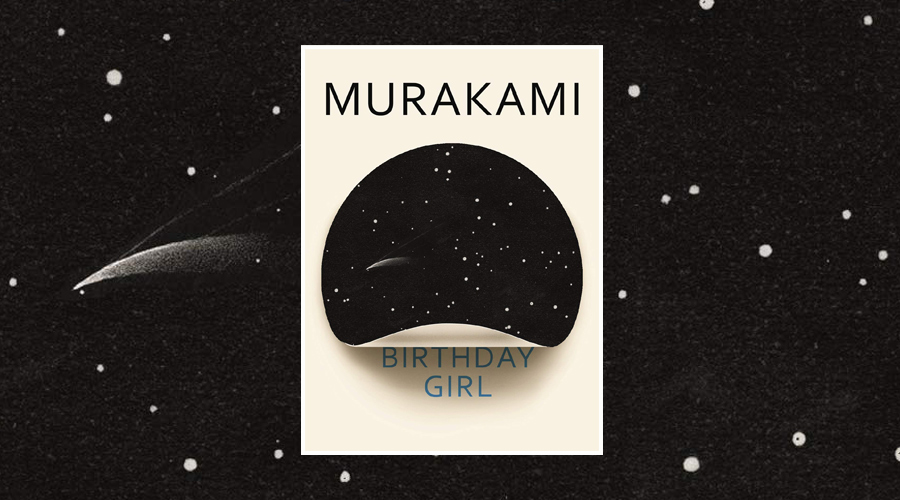 “She waited on tables as usual that day, her twentieth birthday.”

Haruki Murakami’s short story Birthday Girl doesn’t give readers a lot of time to think about what they’re being told, which only ensures that they’ll spend plenty of time thinking about it once they’ve finished.

On the surface, Birthday Girl tells the simple story of a waitress in Tokyo who has to work on her twentieth birthday, only for her day to take a strange turn when she’s asked to deliver dinner to the restaurant’s owner. But this is Murakami we’re talking about, which means that what readers actually get with Birthday Girl is a short, sharp dose of something magical, offering a seemingly mundane story that hides a much more fantastical undertone and is all brought together neatly by the author’s typically masterful storytelling.

“Whipped by the wind, raindrops tapped unevenly at the window pane. As long as she remained silent, the old man looked into her eyes, saying nothing. Time marked its irregular pulse in her ears.”

First published in the UK in 2003, and later in the short story collection Birthday Stories in 2004, this edition of Murakami’s story, translated from Japanese by Jay Rubin, has been published to celebrate the author’s 70th birthday in January 2019. At just 42 pages long and barely more than 100 words to a page, Birthday Girl is the very definition of a quick read – it’s something you can read before you’re able to finish a whole cup of hot coffee – so it’s a good thing that the questions it raises linger long after you’ve read the final page.

What did the waitress wish for? What would you wish for, if you were in her place? Who was the reclusive old man in the apartment and did he really have the power to grant her wish in the first place? Murakami doesn’t give us definitive answers, so if you’re someone who needs all loose ends neatly tied, then Birthday Girl isn’t the story for you. In fact, even if you’re not opposed to open endings, this one could still prove frustrating, with a final line that encourages yet more questions, rather than any completely satisfying conclusion.

If you do give it a chance, though, what you’ll get is a subtle story that leaves readers analysing every moment and every inclusion, prompting a personal reflection on wishes, fate, unexpected moments, human nature, regrets, reflections, and so much more. It’s undoubtedly a story you can read again and again and derive a different interpretation with each new reading, which just goes to show why it’s still being published and talked about nearly 20 years after it was first published.

The good news is that this edition of Birthday Girl is small enough and quick enough (not to mention well-priced too) to be embraced by everyone – whether you’re looking for a gift for someone else, something different for yourself or a way into Murakami’s wider works.

Birthday Girl was published by Harvill Secker on 24 January 2019