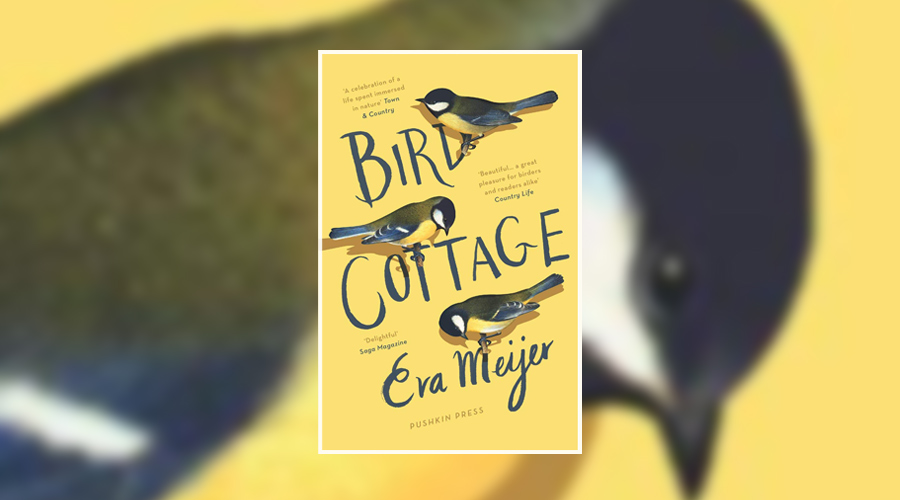 Some books are full of big drama, fast action and complex characters. Others – like Eva Meijer’s Bird Cottage – weave their way into your heart quietly and subtly, delivering an unpretentious story that charms with its simplicity. Translated by Antoinette Fawcett and published in paperback last month, Bird Cottage imagines the story of British naturalist and musician Len Howard. A professional violinist, Len left her life in London behind at aged 40 and retired to the Sussex countryside, devoting her days to her one true passion: birds.

Taking us back to Len’s childhood, we see how her love of nature and birds is nurtured by her poet father, Henry Newman Howard. It’s the early 1900’s and Len develops a crush on a family friend, only to be left heartbroken. Seeking an escape and a life away from her family in Wales, she eventually moves to London. Over the years Len establishes a successful career as a violinist. She has her music, a select group of friends, and a casual relationship with an artist called Thomas, who – initially, at least – shares Len’s view on never getting married. She has it better than most but she’s estranged from her family and she desperately misses her birds. The big smoke just isn’t a welcoming home for delicate winged creatures.

A year before WWII breaks out and Len takes the plunge and moves to Sussex, where she sets about creating her very own cohabitational sanctuary for birds. Meijer paints a beautiful picture of Len’s simple existence in the countryside; how she preferred the birds’ company to that of humans; how her home became more of an aviary than a house; how she took to task anyone who threatened her beloved birds. She was dedicated to them and her devotion shines through the pages of Meijer’s book. As a reader unfamiliar with Len Howard’s life and work, it’s impossible to know where fact and fiction ends but it’s this blurring of lines that makes Bird Cottage such an absorbing read.

To know that Len’s research and the books she wrote were largely forgotten is saddening. She lived through two world wars and showed a level of compassion and consideration to British garden birds that’s unparalleled, even in this day and age. Yet she was a woman, and not formally qualified to study birds, and that meant she was all too often dismissed. Meijer’s book brings Len to life but the real stars are the birds themselves – each given names and personalities, and described with such vivid detail. Bird Cottage is a wonderful tribute to every bird that Len took into her heart and home, and to Len herself – a woman who was years ahead of her time.