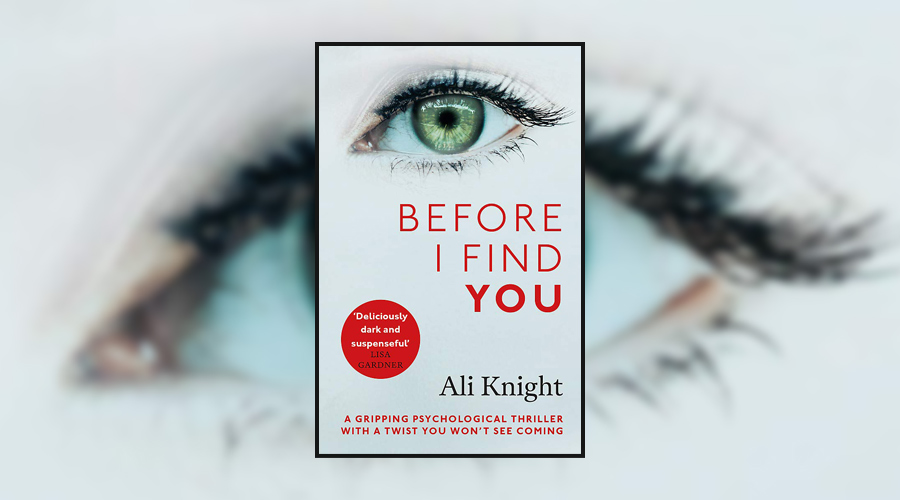 If you’re after a book that will constantly keep you guessing, look no further than Ali Knight’s Before I Find You. With its short, sharp chapters, fast-paced action and tense psychological thrills, this novel did not let up for a moment, priding itself on weaving a tangled web of lies, deception and secrets amongst three women and the one man they all have cause to be suspicious of – with dangerous results.

Smart and cynical Maggie Malone is a husband watcher, a private detective who makes her money exposing cheats and liars. Helene Moreau is a beautiful and wealthy woman who’s in love with her husband Gabe, but when she spots him with a mysterious woman at a charity event she gets suspicious, so she hires Maggie to help her find out if her husband is having an affair. The third women in this deadly trio is Gabe’s daughter Alice, a daddy’s girl and newly-minted adult at 18 with the world at her feet – but when she finds some threatening messages that have been left for her dad, she’s determined to find out what Gabe’s been hiding too.

What follows is a dance of deception, told by each of these three women who aren’t always willing to let everyone in on the full extent of their story. The longer Maggie spends on the Moreau case, the more she’s drawn in by Gabe’s charm and good lucks, and the case soon begins to remind Maggie of one of her own darkest secrets some 20 years before. Helene, meanwhile, is torn between her husband and this mystery woman, and becomes increasingly fixated on discovering what Gabe’s hiding and suspicious of Maggie and her intentions too. But even with everything going on, Helene is still always determined to protect Alice, the girl she’s come to see as a daughter, and shield her from the worst parts of her father.

There’s a lot going on in this novel, and a lot of it is interesting and well explored. Maggie, Helene and Alice all represent different kinds of women – from Alice, who’s young, pretty and used to growing up wealthy, to Maggie, a working-class, self-made woman who’s seen the harder parts of life. Despite those key differences, however, those perspectives are difficult to distinguish within the novel itself, with each of the three women sharing a narrative voice so similar that it’s only their settings that allows readers to tell them apart – and, even then, the difference between Helene and Alice, who share a home, a workplace and a family, is almost indistinguishable.

But if you’re picking up Before I Find You, you’re doing so for the dark, suspenseful and intense journey that these three women go on, and in that respect the book hooks you quickly and doesn’t let go. Knight does a wonderful job of teasing out revelations and filling the pages with plenty of believable misdirection and meandering plot asides to keep readers on their toes without ever losing track of the overarching goal. With a horrific accident being teased on the very first page and the rest of the book serving as a countdown to that moment, the novel is built on suspense, and it’s a great motivator to keep reading. Unfortunately, the novel does reach a point where it begins incorporating twists at the expense of believability, before veering wildly off course altogether, to the point where it feels like the plot twists and revelations are simply there for shock’s sake.

If you put the final chapters aside, though, Before I Find You is a wonderfully dark and intriguing thriller that’s packed with red herrings, unexpected plot twists, plenty of lies, and pacey drama that’s easy to get lost in. Expect mysteries, suspense and a whole lot of second guessing yourself as you race to finish this novel as quickly as possible.