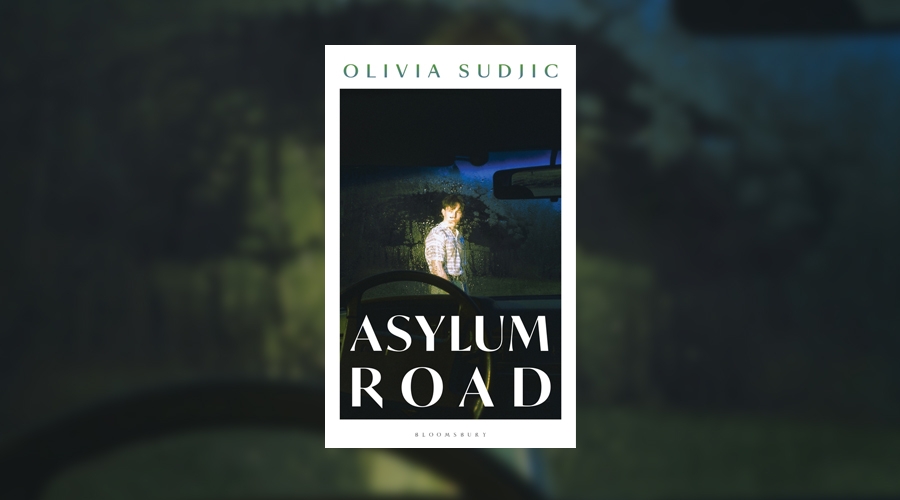 When we first meet Anya, she is on her way to a holiday in France with her boyfriend of five years, Luke. It should be a happy occasion. It isn’t. From the moment they head through the Chunnel, the tension is palpable. As we follow them through the rest of their trip (from which, despite everything, they return engaged), and to visits to his parents in Cornwall and hers in Bosnia, we slowly start to understand the tricky terrain of their relationship.

As a child, Anya was evacuated from Bosnia during the war, and the trauma of that experience is the weighty subtext behind every line of Olivia Sudjic’s Asylum Road. Sudjic’s prose largely takes the form of an elegant stream of consciousness – Anya’s thoughts swirl between the present day and memories from her difficult past. Between these thoughts and memories, a picture emerges of a woman who is strong, but struggling. You get the sense that Anya’s traumatic childhood has done her more damage than even she realises. And the pathologically insensitive Luke is not a person in whom anyone would be eager to confide (it’s bitterly ironic that the appeal of Luke was his middle-class stability, and yet he makes her fragile world feel even more precarious). As the novel progresses, the increasing prevalence of her distressing memories threatens to become overwhelming.

Anya’s otherness is Asylum Road’s most prominent theme. As a Bosnian refugee, even though she has lived in the UK more than half her life, she has never felt like she belongs. This is exacerbated by Brexit, the novel’s constant background hum. Luke’s parents – who voted for Brexit – have never tried to make her comfortable, despite their politesse; in Cornwall, a painful overheard conversation confirms the antipathy she’s always felt from them. Yet she’s not at home in Bosnia either. Her sister Daria doesn’t hide her resentment that Anya has left her behind to deal with their parents alone. Their mother – stricken with an Alzheimer’s that has made her think the war is still on-going – has no idea who she is. Anya’s spent her whole life looking for somewhere to call home. She’s still looking.

Amidst all this inner turmoil, Sudjic’s prose is clear, crisp and cool. This restraint deepens our understanding of our heroine. You can feel something wild bubbling angrily under the artificially calm surface of her words. You can feel the immense effort that it takes her to keep her tumultuous history and the ensuing fraught emotions in check, all so she can appear ‘ordinary’ to her privileged, ignorant partner. It’s all there in the recurrent motif of Anya yanking persistent, errant hairs from her chin, desperate to pluck out any imperfection before it becomes unruly. No one could hold in trauma on the scale of Anya’s forever; it’s clear that there’s just so long that she can continue this charade of normality. The release, when it comes, is unforgettable.

Asylum Road is published by Bloomsbury on 21 January 2021