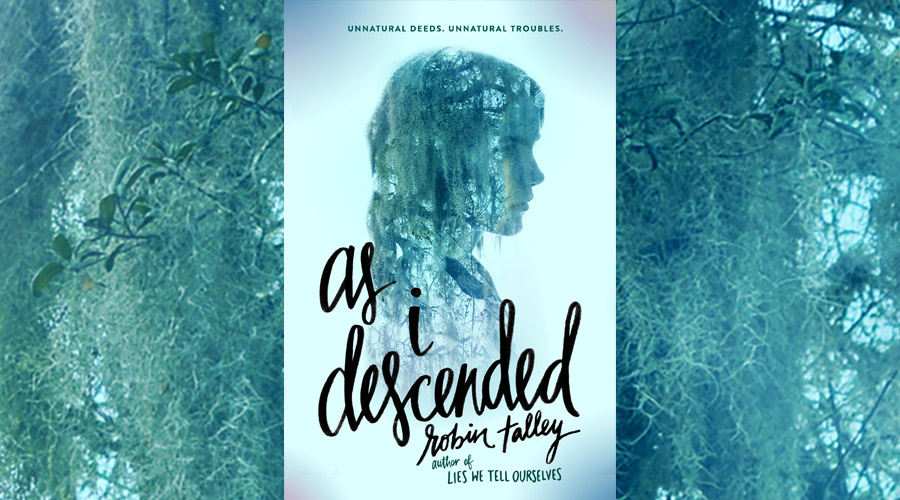 If you’ve ever wondered what would happen if Gossip Girl met Supernatural, then As I Descended is it. In this novel, you can expect all the underhanded power plays and schemes of Manhattan’s elite to be underscored with the kind of chilling supernatural presence that makes that backstabbing streak all the more literal – and the descent into madness all the more terrifying. Which is, of course, what you would expect from a modern day retelling of Shakespeare’s classic tragedy Macbeth. After all, the quest for true power never did run smooth.

For Maria and Lily, the goal is to take Acheron Academy’s Queen Bee and campus superstar Delilah Dufrey out of the running for the prestigious Cawdor Kingsley Prize, so Maria could win the full college scholarship instead and the closeted couple could spend the next four years living their lives and their relationship out in the open in Stanford. Spurred on by vengeful, angry spirits, Maria and Lily’s plan soon switches from relatively harmless to deadly and the pair are caught up in an ever-spiralling web of murder, manipulation and madness to protect themselves, their relationship, and, of course, to secure the Kingsley Prize.

There are a lot of words you can use to describe As I Descended – spooky, chilling, gripping – but for me, the best word to use is refreshing. It’s been a long time since a book like this one came my way, and it was an imaginative, darkly enjoyable story from the very first sentence: “The Ouija board was Lily’s idea.” As a ghost story, then, this novel is tense and creepy, as a high school drama, it has all the twisted dynamics and messed up priorities you would expect, and as a retelling of Macbeth, As I Descended is actually pretty brilliant.

“A loud, low sound shook the bathroom. The water in the toilet bubbled and fizzed. Something red floated through the water toward the surface. It was Delilah’s lip gloss tube. The bloodstains on the plastic still looked as fresh as they had the night Lily had found her in the grass. Lily screamed.”

That’s not to say that you need to be familiar with the plot of the play to enjoy this story, or even that As I Descended is always an extremely good retelling either. There are some plot parallels that feel a little forced – a privileged, intelligent teen fighting for a chance at a scholarship is not as easy a justification for attempted murder as becoming the King of Scotland, for example – but the important thing is that they’re there, and having a knowledge of the original does add a heightened sense of foreboding as the novel unfolds.

And that, in a nutshell, is what this novel does so well: Robin Talley has a wonderful eye for detail, especially if that detail is centred on making a scene particularly eerie, and her words are great at invoking a sense of place. As I Descended reads throughout like a typical, jumpy ghost story but it still never loses sight of the basic themes that tie it to Macbeth – power, ambition, guilt, and prophecies are all prevalent here, and the novel even follows the same five act structure of the play too.

The characters of As I Descended aren’t always likeable – well, apart from Mateo – and their motivations are a little warped, but what’s wonderful to see is a cast of inclusive, diverse characters and relationships that don’t always get the representation they perhaps need to in YA novels. While there are a few details about this story that feel a little tacked on to tick those Shakespearean boxes, there is no denying that, ultimately, this novel will have you turning the pages like a reader possessed.

Fantastic Beasts and Where to Find Them Review