Book Review: America Is Not The Heart by Elaine Castillo 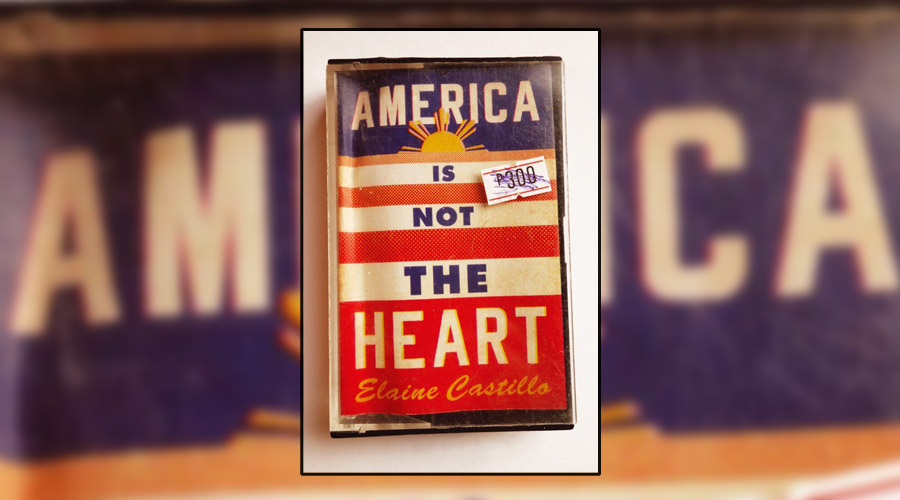 After escaping a politically fraught situation in the Philippines, Hero moves in with her Aunt Paz, Uncle Pol, and young cousin Roni in Milpitas, California. As she comes to terms with her troubled past and contends with cultural differences and xenophobia in her adopted country, Hero gains a new understanding of what home really is, and what it means to her.

America Is Not The Heart is a book that sneaks up on you. For a hundred pages or so, the wealth of characters and frequent untranslated dialogue in various Filipino languages makes reading effortful. There’s so much going on and so many names to remember that it seems like you’re never going to get a grip on who these people are, and how they relate to each other. It’s hard work.

Then, gradually, it starts to get easier. You begin to recognise the personalities. Paz and her incomparable work ethic. Pol and his good-humoured kindness. Roni, the furious, funny little firebrand. Make-up artist Rosalyn, who loves Hero, long before she’s prepared to accept that love.

Damaged in a way that becomes clearer as you read on, Hero carries America Is Not The Heart on her weary shoulders. Having experienced all she’s experienced, Hero is a wary, undemonstrative presence. You can sense her holding back, battling to contain all she has been through. Her existence in the Philippines was so different to her life in America and that leaves her isolated. She feels deeply, but struggles to share those feelings with anyone, despite having loving friends and family.

Witnessing Hero start to become comfortable in her new life and learn how to communicate with the people that surround her is the biggest joy of America Is Not The Heart. It happens with such stealthy subtlety that it’s hard to put a finger on the novel’s big turning points (with the exception of a well-played third act twist); every family meal, every meeting with Rosalyn, every party seems both ordinary and full of meaning. Elaine Castillo, in her debut, has that fantastic ability to write to the rhythm of life, finding the beauty in the everyday.

She tackles a lot here, but as with everything, she tackles it quietly. All the characters we meet are at different stages of the immigration process; some are first-generation, some documented and some not. You can see how immigration status affects the daily life of every person, from Roni’s curiosity about her ancestral home, to Rosalyn’s fear that Hero will get deported if she gets a single speeding ticket. There’s no speechifying, nothing so overtly political as to distract from the story at hand, but with all that’s going on in the world right now and the global trend towards nationalism, America Is Not The Heart offers a potent portrayal of what it feels like to be caught between nations.

America Is Not The Heart is a phenomenal debut; compassionate, understated, compelling. You will be left thinking about these characters for a long time to come.