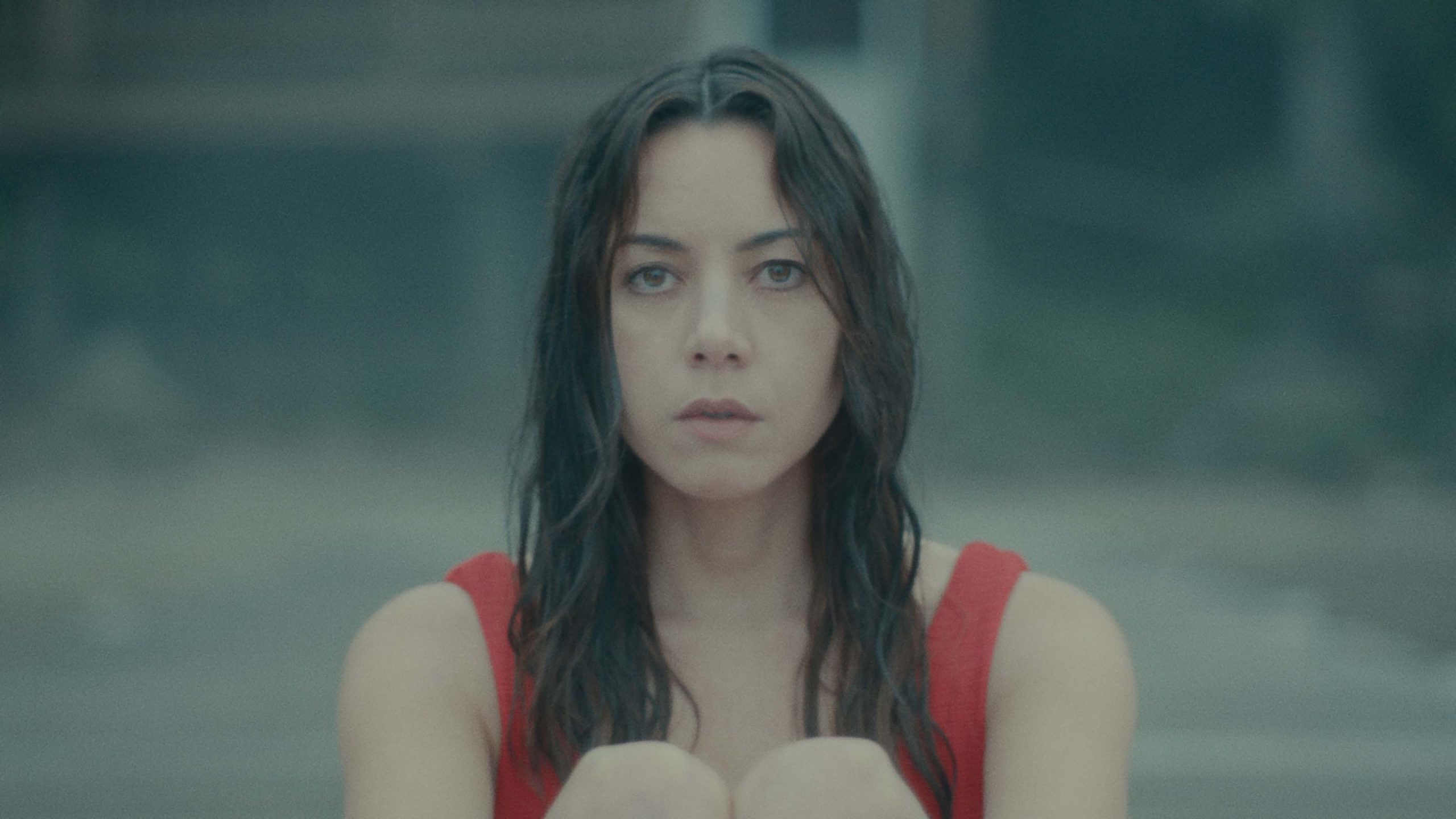 Allison (Aubrey Plaza) is an actress-turned-director struggling with a creative block. Hoping for inspiration, she heads to the beautiful isolated retreat owned by Gabe (Christopher Abbott) and his pregnant partner Blair (Sarah Gadon). As soon as Allison and Gabe meet, there is a spark, a fact that does not go unnoticed by Blair. A fractious dinner on the director’s first evening at the retreat soon turns into full-blown warfare.

Lawrence Michael Levine’s Black Bear is a film in two parts. The first is an intense three-hander, which takes place over one evening in a big cabin in the middle of nowhere. This long sequence plays like a twenty-first century answer to Who’s Afraid Of Virginia Woolf?: full of furious, sexually charged and witty verbal grenades tossed between people who are meant to be in love but seem to be wishing each other dead. The dialogue is laced with millennial uncertainty about the future; Gabe feels guilty and anxious about bringing new life into a burning world. There are bracing discussions on feminism and creativity. It’s effectively a heated one-act play, although Levine’s direction is lively and cinematic. 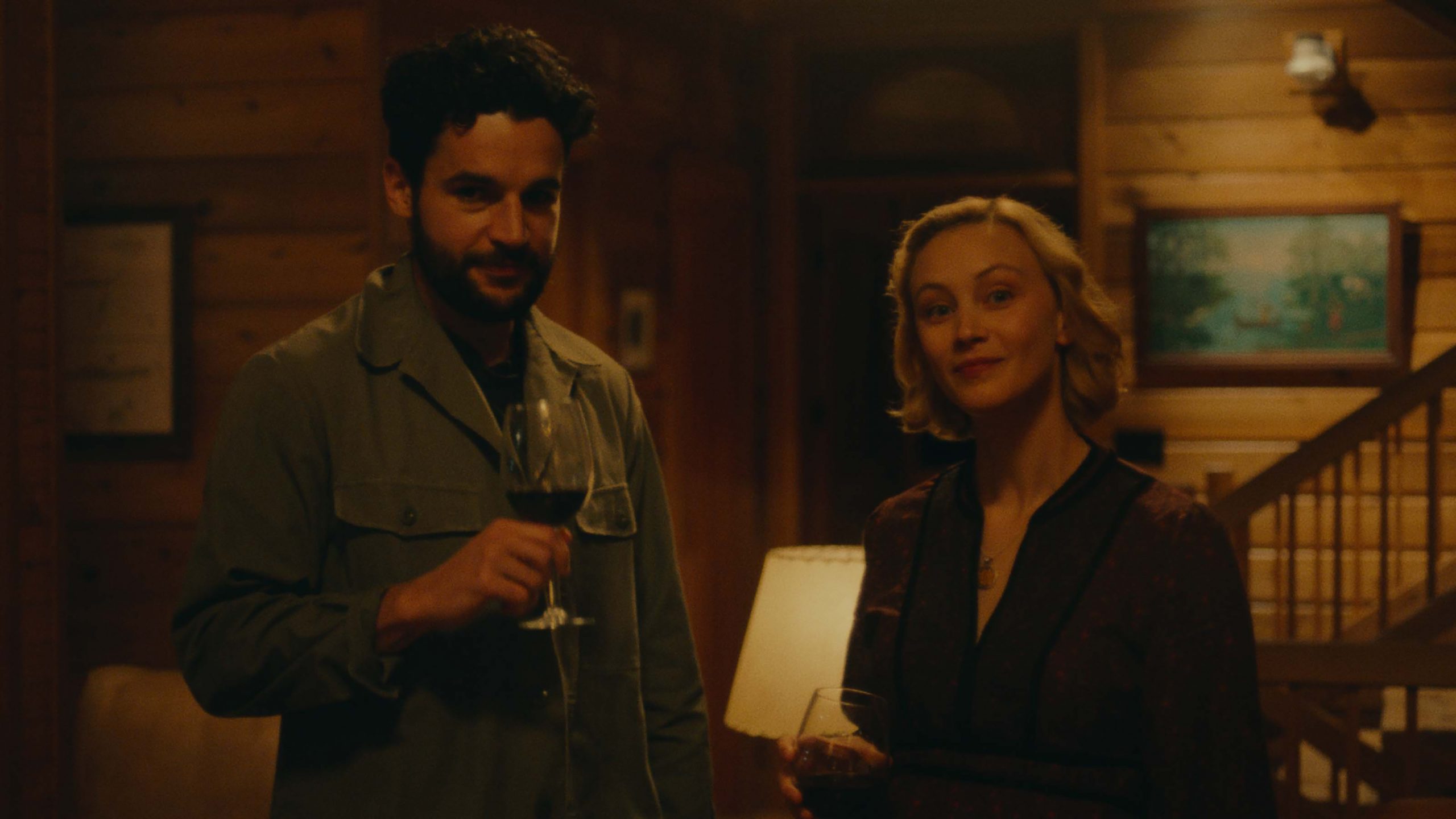 Then we get the second part, and it all start to unravel. The dynamics of our central trio have shifted: now Allison is an actress being directed in a film by her husband Gabe, and it’s Blair who is ‘the other woman’. The previously quiet retreat is now a bustling movie set, populated by a large crew. The three-way drama of the first section is on display for the world to see. Levine does some interesting things in part two – using dialogue from part one in a different context, swapping the roles of the two women, adding a meta element to the scenario we’ve already seen – and for a while, it’s quite fun spotting all of these tricks and hypothesising on what they could possibly mean.

For a while. Because it doesn’t take very long to work out that Levine doesn’t have much of anything to say. In his director’s statement, he remarks, ‘I had no plan for [Black Bear], no idea what it was about until I had finished writing it. I’d be lying if I said the meaning of the script’s content was entirely clear to me now.’ You can tell. Didacticism can be a stultifying force in cinema, but purposeless ambiguity isn’t a lot better. As it goes on and on, Black Bear becomes increasingly hamstrung by its lack of meaning.

The saving grace is Aubrey Plaza, who – after years of playing variations on her iconic role as the sardonic April Ludgate in hit sitcom Parks And Recreation – is finally given the chance to show what a formidable dramatic actress she can be. As two variations on the same woman, she is wryly understated and drunkenly overblown; vulnerable, and a frightening force of nature. Sarah Gadon and Christopher Abbott are solid, but Plaza is spectacular. As Black Bear flounders through its long and aimless second section, her stellar performance is just enough to hold it all together.