Ingmar Bergman directed over sixty movies between the years of 1944 and 2003 – earning nine Oscar nominations, introducing the world to beloved actors like Max von Sydow and Liv Ullman, and establishing himself not just as the greatest director out of Sweden, but one of the most respected in the history of cinema.

He shot six of his renowned features on the Swedish island of Farö, known colloquially as Bergman Island, and it’s on the journey there that we meet Tony (Tim Roth) and Chris (Vicky Krieps): a couple, both filmmakers, staying on Farö – in Bergman’s house, no less! – to prepare their latest movies. Living in the shadow of such a legend causes a strain upon the two, personally andprofessionally, and Mia Hansen-Løve’s film tracks the way they cope.

It’s difficult to know what an audience member who didn’t at least have a fondness for the work of Ingmar Bergman would make of Bergman Island. Although Mia Hansen-Løve’s film does have a lot more in mind than simple reverence, the weight of his influence is a dominant force throughout; we follow Tony on a ‘safari’ through the exteriors that were used in his oeuvre, many of the interiors were shot in Bergman’s house or museum, he’s often the main topic of conversation amongst both the main cast and the support. His invisible presence feels overwhelming sometimes. 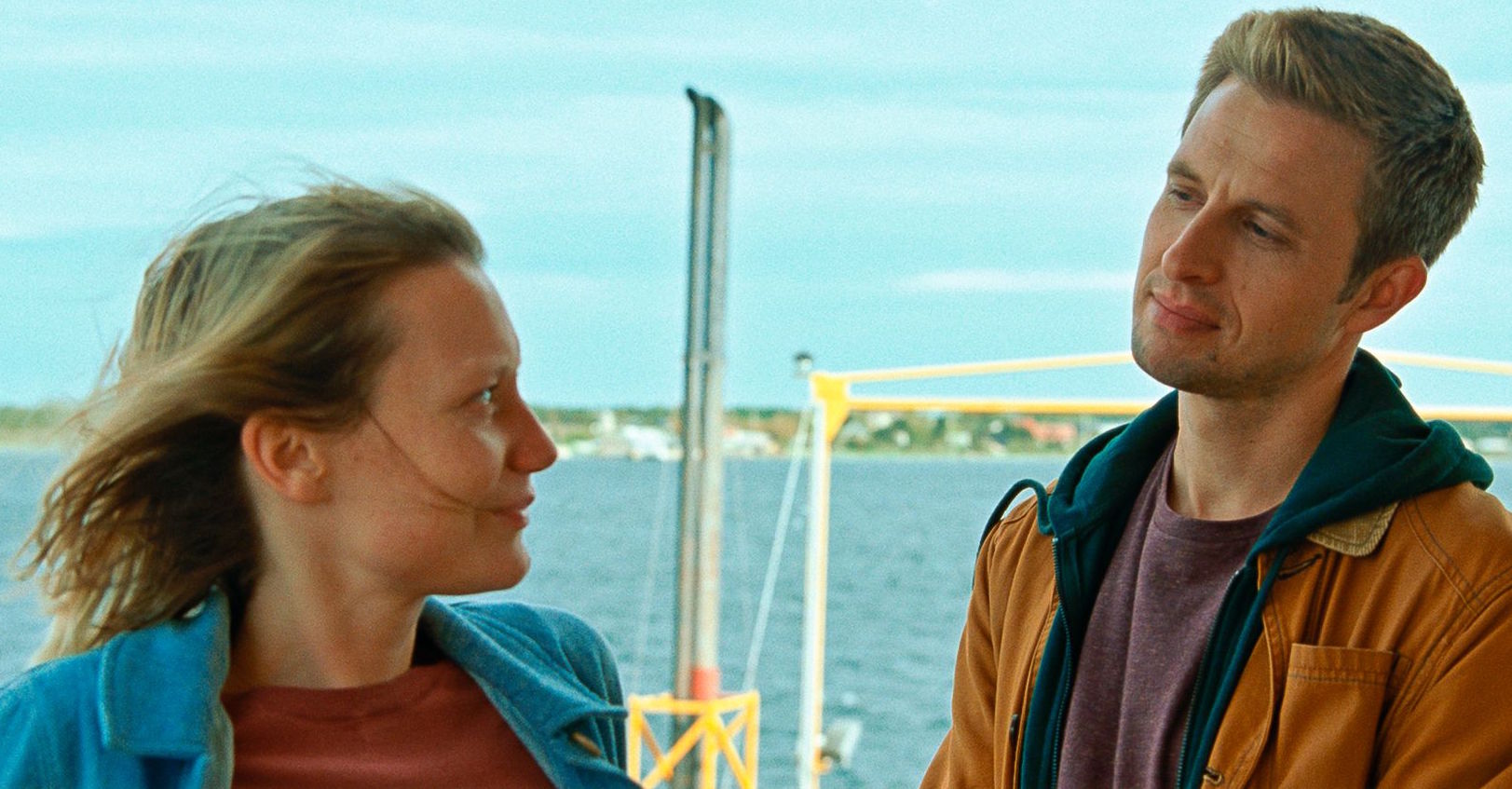 Which is kind of the point. Much of the dramatic tension here comes from the stresses of two creatives trying to follow in their idol’s footsteps in a more literal way than we’re used to seeing, and struggling; as Chris says, ‘Writing here, how can I not feel like a loser?’. Adding further to the stew is the uneven success dynamic between Tony and Chris; whilst we see a packed out Q+A for one of Tony’s films being shown on the island, all we hear of Chris’s popularity is a visiting student recounting when he and his girlfriend were the only two in the cinema audience for one of her movies. Gender comes into play too, especially in discussions around Bergman’s personal life; winking at the idea that a woman could never have gotten away with his off-screen shenanigans, Chris jokes, ‘I would like to have nine kids by five different men’.

Though she’s dealing with subject matter that might have leant itself to a degree of preachiness, Hansen-Løve handles her material with a light touch, making her points without falling into didacticism. She also weaves in ambiguity later in Bergman Island in the form of a movie within a movie: Chris tells Tony the story she’s been working on, and we see it come to life before our eyes, together with its own big stars (Mia Wasikowska and Anders Danielsen Lie). Chris’s film and the film we’d been watching up ‘til that point dip and weave in and around each other, deepening themes and riffing on ideas whilst retaining Hansen-Løve’s effervescent effortlessness.

This deft thematic work, the narrative playfulness, and tremendous performances from the topline cast (Krieps, in particular, is a joy) makes Bergman Island a delightful reminder of why Mia Hansen-Løve is one of the best filmmakers working today. Give it a few decades, and maybe she’ll have an island of her own…