To celebrate PRIDE month and the paperback publication of his wonderfully uplifting novel The Secret Life of Albert Entwistle, author and leading commentator on LGBT+ issues Matt Cain writes about the five books that shaped him as a writer.

The Lion, the Witch and the Wardrobe by C. S. Lewis 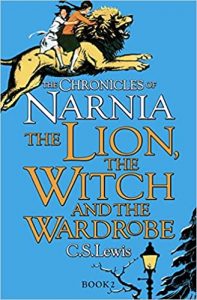 My mum first read this to me, my brother and sister when we were little and I was blown away. Since then, I must have read it myself at least ten times – as well as all the other books in the Narnia series. Because I grew up in a working-class northern town and was an effeminate boy who didn’t like traditionally ‘masculine’ games, I suffered terribly from homophobic bullying. There were times I was so unhappy I would have loved nothing better than being whisked away to a fantasy world like Narnia – I think that’s why the book made such an impact on me. It also opened my mind to the idea of creativity providing an escape and may have been the book that first inspired me to be a writer – although it took a long time for this dream to take shape in my mind. When I was growing up I didn’t know any writers, so it didn’t occur to me that one day I might become one.

Kiss of the Spiderwoman by Manuel Puig 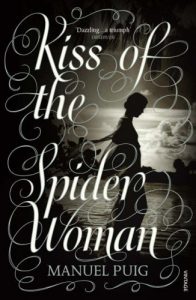 I studied languages at university and one of the books I enjoyed most was this story of two very different men sharing a prison cell in 1970s Argentina. Valentin is a straight political revolutionary, while Molina is a gay window dresser imprisoned for sexual offences. In order to take them away from the horrors of their situation, Molina recounts some of the plotlines from his favourite popular, escapist cinema. They eventually progress from mutual mistrust to a tender, loving – and sexual – relationship. I can’t remember for sure but I think it might have been this book that gave me the idea of using my own love of 80s pop music – and principally Madonna – as the inspiration for my first novel (although it was my third to be published), The Madonna of Bolton. 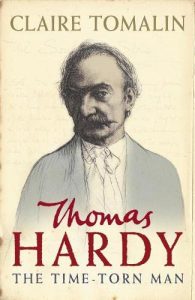 After university I worked in TV production and spent eight years making documentaries for The South Bank Show. I worked with several amazing artists, each of whom inspired me in different ways to draw on my own creativity. But my early attempts at writing fiction were rejected by countless agents and publishers, something that left me feeling devastated. Then, in 2006, I made a documentary with Claire Tomalin about her biography of Thomas Hardy. I learned that, like me, Hardy was devastated when his first novel had been rejected for publication – and even when he’d achieved success, his work was often derided by critics. I went on to devour all of Hardy’s novels before shooting the documentary on location in Dorset and Cornwall, where I spent a wonderful few weeks that inspired me to keep writing and not to give up on my dream.

The Song of Achilles by Madeline Miller 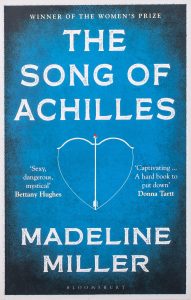 Between 2010 and 2013 I worked as Culture Editor on Channel 4 News, reporting on all of the creative industries, but my favourite was the publishing industry. While covering the Orange Prize (now the Women’s Prize) I interviewed Madeline Miller, who’d just re-worked Greek mythology to create the gay love story at the heart of that year’s winning novel, The Song of Achilles. I loved the fact that her characters Achilles and Patroclus aren’t twisted villains or tragedy figures and nor do they exist to provide light relief. Like the lead characters in most straight romances, they’re quite simply head over heels in love with each other. And I don’t think you’ll ever read a more beautiful account of romantic, lustful and intimate love – gay or straight. I felt stunned after reading it and was relieved to find that its author wasn’t just talented but adorable and friendly too. Again, the experience spurred me on in my own ambitions.

One Day by David Nicholls 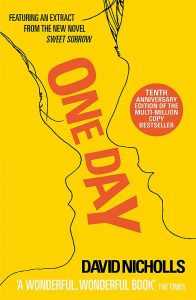 I love this book so much that I don’t think I could ever be friends with someone if they didn’t feel the same way about it. If you’re one of the few people who hasn’t read it, it tells a twenty-year love story through a series of set-piece scenes taking place on the same day at yearly intervals. I read it when I was writing Shot Through the Heart, when I’d been single for a long time and needed switching back on to romance so I could make my fictional love story come alive. One Day delivered exactly what I was looking for – and a whole lot more besides. The thing I most enjoy in fiction is tenderness and heart and this book not only has both in spades but it inspired me to instill as much as I could into my own books. I secured my first publishing deal and have never looked back! Years later, I strived to instill the same tenderness and heart into my latest novel, The Secret Life of Albert Entwistle. I hope you enjoy it and think my long journey has been worth it!