Bear’s Den – So That You Might Hear Me Review 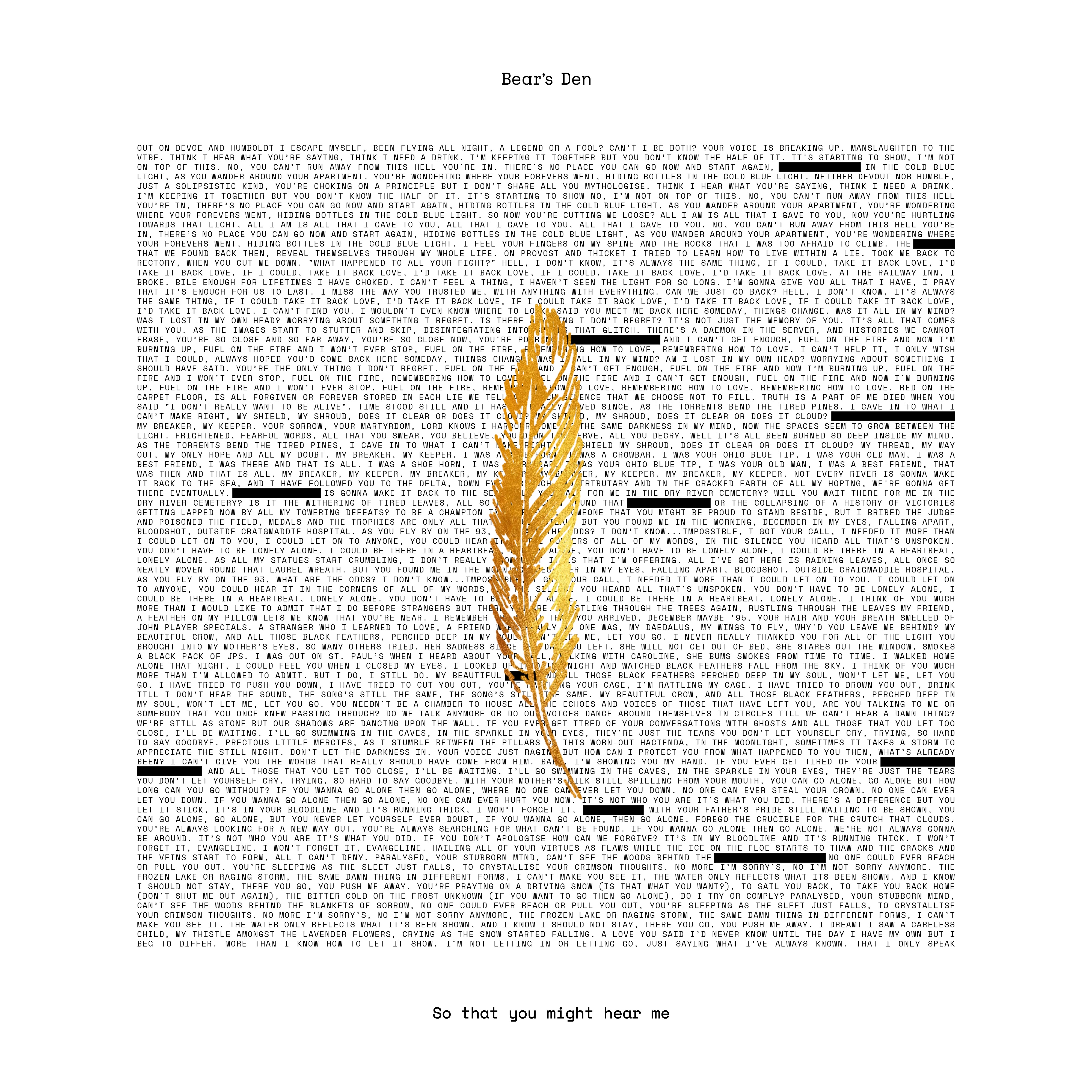 If you were to draw a big Venn diagram featuring Biffy Clyro, Coldplay and Nick Mulvey, smack in the middle of the converging rings you’d find Bear’s Den. That might sound quite exciting, but unfortunately the same would also be true if your circles contained beige wallpaper, porridge and a mandolin. What do I mean? Honey, this album is boring.

How do you suck the excitement out of the sonic ingredients that went into ‘So That You Might Hear Me’? Folky melodies, big synths, Bon Iver harmonies, strident electrics, valley-sized drums. These things should add up to an album that boots you into the musical stratosphere, there to glide among the misty mountaintops in solipsistic bliss.

The reality, however, is that the whole thing passes by in an indeterminate haze. Nothing of interest coalesces out of the shifting shapes. The music sweeps by and leaves not a single trace, arpeggios and exclamations and all.

The tunes make a big show of baring their teeth, but it’s a yawn, not a roar. Take ‘Laurel Wreath’ as an example. A lighter-waving power ballad, its structure is promising – what festival crowd doesn’t love a good sway?

And yet, and yet… The guitar mumbles to itself deep down in the mix, as threatening as a minnow, the synths insert themselves apologetically, oh we really loved Stranger Things but the fans might not dig it, the vocals exist, fascinating and performant as a suburban semi, the drums considerately refuse to offend the neighbours, and then after all that we’ve run out of places to look or listen. Like a TransPennine Express service, one damp, grey whoosh and it’s gone.

The trumpet on ‘Crow’ is to Miles Davis as Ed Sheeran is to Bob Dylan. The jaunty beat of ‘Conversations With Ghosts’ is smothered below layers of magnolia bass. Even the forays into electronica on‘Evangeline’ and ‘Fuel On The Fire’ are reeled back in by blander-than-thou piano chords. The overwhelming impression here is of a deep desire to be inoffensive. Perhaps it’s a fluffed shot at introspection or atmospherics, but if so the bullet goes so far wide that even a shrug feels like too much effort in response.

It’s not that it’s bad. That would suggest incompetence or laziness. Bear’s Den clearly know how to play their instruments, and there’s plenty of studio wizardry pasting over the cracks. The songs themselves are fairly inventive, the lyrics have personality, the melodies are companionable if not memorable. No, it’s not bad – but it is crushingly, desperately bland. I’ve been writing about it for several hours now, and I still can’t remember any of the tunes.

If you like it, more power to you, but let me tell you: if this tickles your fancy, boy are you going to get a kick when you hear what else is out there. Music can sparkle so much more than this.