It’s slightly cliché to reduce a show to a single scene, or at least to sum it up by focusing on that one particular moment. Yet it’s a notion that springs to mind with Apple Tree Yard, the BBC adaptation of Louise Doughty’s 2010 novel that sees the life of Yvonne Carmichael (Emily Watson) spiral out of control after her dysfunctional marriage to Gary (Mark Bonnar), her burgeoning affair with enigmatic Mark Costley (Ben Chaplin), and her brutal rape by colleague George Selway (Steven Elder) collide violently. Already, just in that description, there’s reference to two key points – the start of her affair with Mark, after a guided tour of the Chapel of St Mary Undercroft in the bowels of the Houses of Parliament leads to sex in Emily Davison’s old broom cupboard, and of course her sexual assault by Selway. But, while Yvonne is undoubtedly at the heart of the narrative, neither moment seems quite so microcosmic of the show as one that occurs midway through the third episode.

As Yvonne is told the ‘realities’ of her chances in court by her worryingly young ‘image consultant’, Laurence, ahead of her impending trial, husband Gary snaps, holding a knife to the man’s throat. “There’s a part of your brain,” he says, “the amygdala, telling you to do whatever you need to do to survive…drowning out your cerebral cortex, your logical brain…afraid for your life, we’re programmed to do whatever will ensure our survival, and sometimes, that’s nothing.”

Gary’s speech is meant in defence of Yvonne’s failure to report her rape, the lack of visible bruising that suggests ‘she didn’t fight back’ in Laurence’s devil’s advocate questioning. Yet it feels like Apple Tree Yard in a nutshell. The characters all feel brilliantly real and instinctive, from the little fragments of the dysfunction between Yvonne and Gary – their stilted conversation, their clouded faux-transparency, their uneven relationship with their children – to the obvious warmth Yvonne feels around the mysterious mark. The dialogue too is effortlessly natural, both in delivery and script. 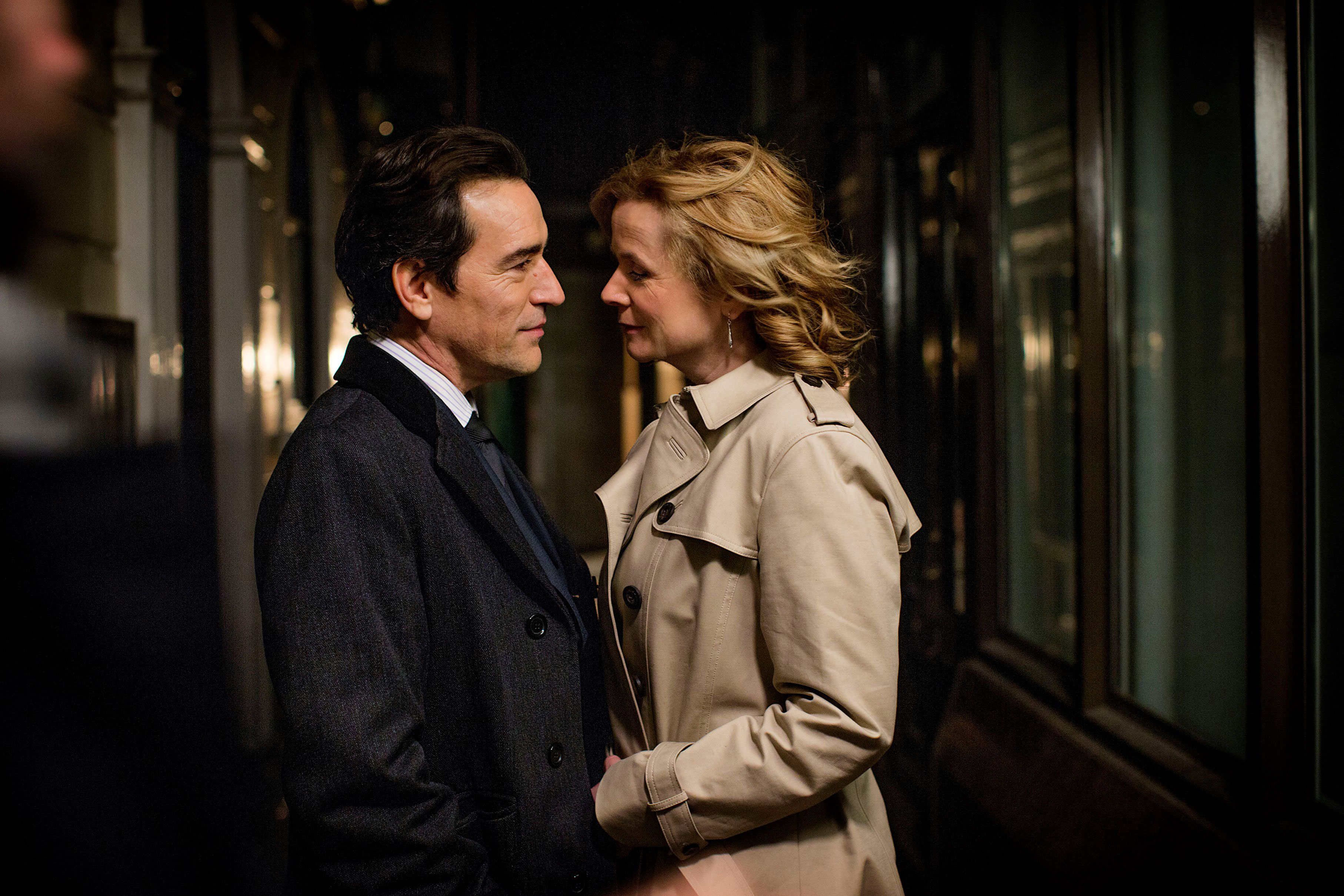 Yet at every turn, the characters take things to the absolute extreme. All it takes is one text from Gary about nasal sprays, and one compliment from Mark, and Yvonne begins her affair, something ‘she’s never done before’. Is it in character for her to want some kind of escape? Based on her character by that point five minutes in its perhaps hard to say, but by the end of the show, it’s fairly consistent with how she seems to be. Yet that kind of escape, at that point in time, with that man Mark? I’m not so sure.

That aforementioned scene with knife? Again, you can see Gary getting annoyed, and with good reason. You can certainly see him snapping. But like that? Really? Then there’s Yvonne’s decision to send a thank you text to the unknown number parading as Mark’s phone, after being told explicitly the terms of her bail prevent contact with him. And there’s a hundred other less significant moments that still push the boundaries of what characters might choose to do right to the limit.

Just about the only moment that feels appropriately plotted is the central (and much discussed in the press after the first episode) rape scene. With George making an excuse to get Yvonne up to his secluded office while she waits to share a cab home with him from their work party, after his glances and touches of her knee prior to that, it marks the exact moment where exactly that might happen to many people. It’s a shocking, horrible-to-watch piece of television, precisely because the characters don’t appear as though they’re characters or on TV, but representatives of the myriad women subjected to such abuse each year, and their tormentors. It’s extreme, but it feels entirely logical.

Elsewhere though, the behaviour is equally extreme, but far less logical. The characters seem trapped in the narrative, rather than masters of it. Rather than the script being driven by their cerebral cortex, (to stretch the analogy we started with to its own extreme), the amygdala kicks in and instinctively drives the story towards where it’s meant to conclude. 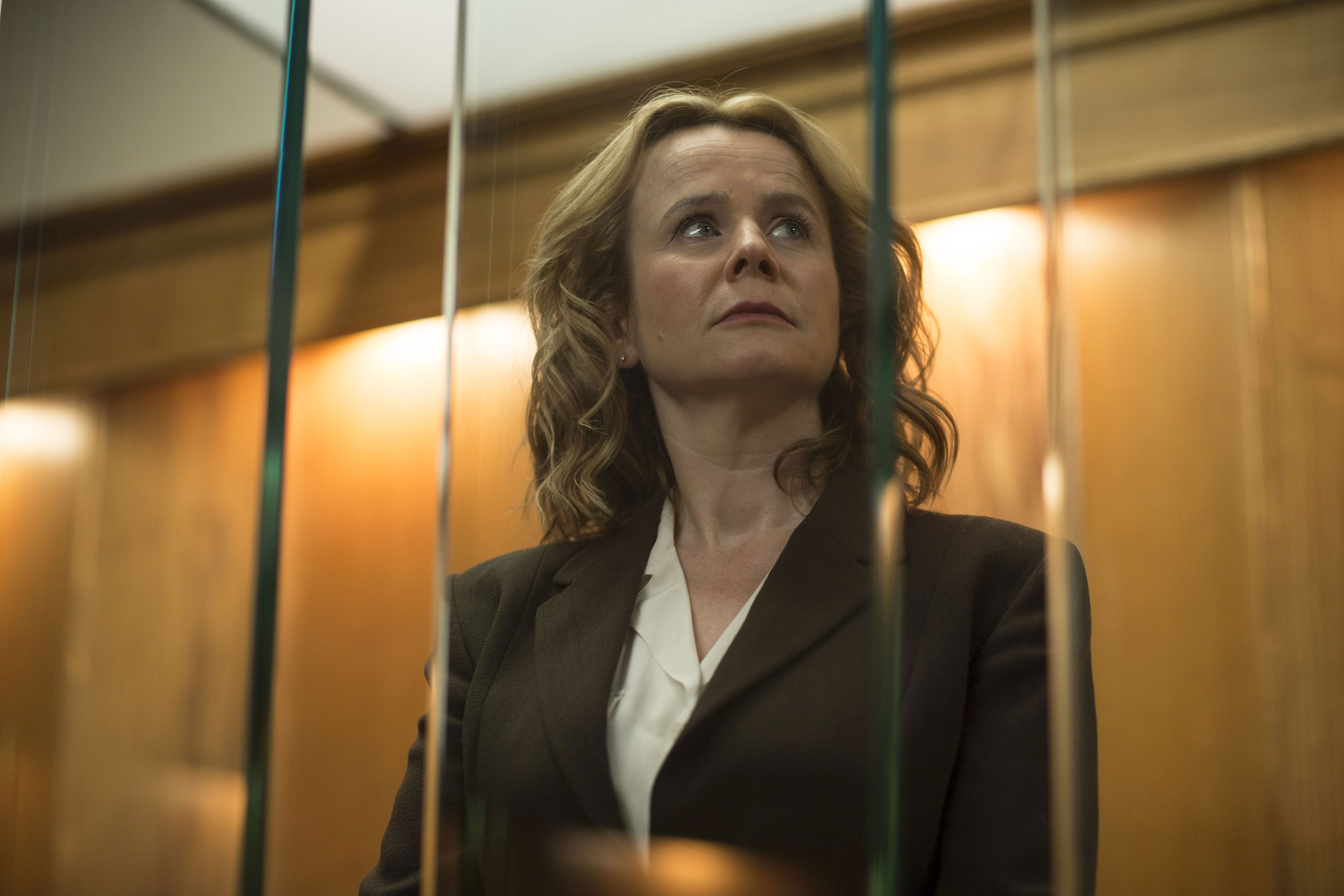 That conclusion, it transpires, it truly that of Gary’s speech. Sometimes it’s best to do nothing. The story starts, as this review has mentioned enough times, with the dysfunctional marriage of Yvonne and Gary, and that’s really how it ends too. In between we explore Yvonne’s sexuality, but, as was highlighted in a Guardian review of the show, woe betide the woman who strays. That article’s assertion that the show directly punishes Yvonne for her affair with all that follows might be a bit strong, but between the circumstances at the start and the circumstances at the end, the only changes are in a bit of shouting from Gary where their issues were previously left unspoken, which is incidentally rich given his affair (really, the central four characters of Yvonne, Mark, Gary and George seem like a spectrum of dysfunction), and the new grandchild that’s presented as a glimmer of hope to bring them together.

Really, the overriding question you’re left with at the end is: why was this a crime drama? More precisely: did George really need to die for the story to be best told? Perhaps that’s a question for Doughty, the author, rather than screenwriter Amanda Coe, as there have been enough adaptations pilloried for straying from their source material, but it does seriously constrict the show that the narrative should lead inexorably to court. Once episode three reveals just what happened between Mark and George at the end of episode two, and once the police get involved against Yvonne, there’s really very little room for the show to actually explore her choices as part of her personality and as symptoms of her life until we meet her, and instead they’re reduced to objective aspects pertaining to her culpability. If drastically veering off course after two episodes was too much to change, then at least the show could have avoided the flash-forwards of Yvonne on her way to the trial, framing the narrative that follows in black-and-white terms of what she does wrong, rather than simply what she does. We’re shown that her story leads her to court, rather than finding court at the end of her story. It’s the same plot either way, but it fundamentally changes how we approach it, and the maturity of the approach is meant to be a key aspect of Apple Tree Yard’s excellence.

The odd thing is that in spite of such shortcomings, you do come away from the last episode satisfied, in a way. The ‘shared experience’ between the viewer and the show feels significant after four episodes of drama, so that it’s not a stretch for some viewers to be able to overlook the boomerang, déjà vu arc Yvonne takes, and take stock of the tragic consequences of her sexual assault, as well as her decision to seek comfort outside her marriage. That it is only some viewers who might be able to take this away shows that whatever Apple Tree Yard aims for, it doesn’t quite reach.