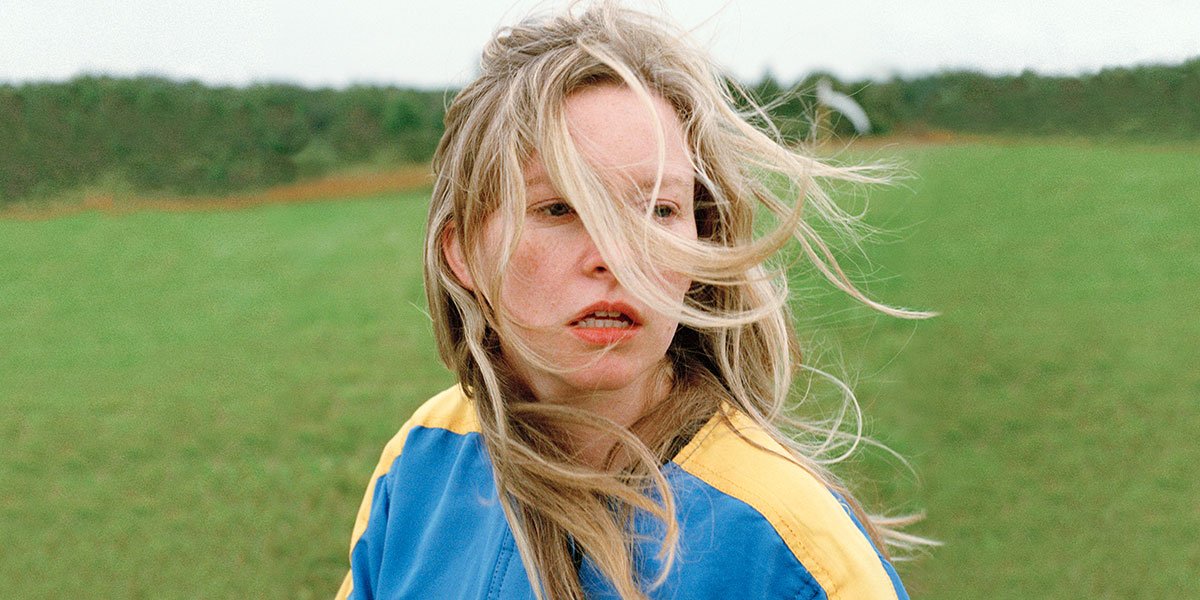 Anne (Deragh Campbell) goes skydiving for her best friend’s bachelorette party, and from the moment she jumps out of the plane, she is hooked. Back on solid ground, things aren’t so hot. An unspecified mood disorder makes her edgy and erratic, and that sets her against a colleague at the day care centre where they both work. Her new boyfriend doesn’t know quite what to make of her. Her family are loving, but she chafes under the weighted blanket of their concern. The one place she feels at peace is 13,000 feet in the air. And she can’t stay up there forever.

In a similar vein to last year’s Madeline’s Madeline, Anne At 13,000 Ft is a character study of a woman dealing with severe mental illness that garners much of its power from intelligent camera work. From the moment we meet her, we stick closely to Anne as she struggles her way through a life that always threatens to overwhelm. Everything seems too bright, too noisy. Initially, the always-moving handheld camera seems like it will be difficult to cope with. It may well make some viewers feel a little nauseous. Still, it’s necessary. It’s hard to imagine a more immediate, all-encompassing way of pulling an audience inside Anne’s muddled headspace.

Also adding to this intensity is Deragh Campbell’s mesmerising, magnetic performance. She makes Anne far more than her illness. She’s charming. She’s funny. When she isn’t behaving like a kid herself (the scene where she throws a cup at a furious colleague for no good reason is perhaps the most excruciating of the movie’s many excruciating scenes) she’s great with her young charges. You can see why people are drawn to her, just as you can see why they find her hugely frustrating. Campbell plays Anne as a woman at the centre of her own personal whirlwind. Half the time she revels in the chaos; the other half, all she wants is a dark room to lie in until the world stops seeming so loud.

So we spend the duration of Anne at 13,000 Ft glued to Anne’s side, watching with bated breath as she interacts with the various people who constitute her world. These interactions are largely improvised, and that, along with the handheld camera, give the film a real grounding in authenticity. Likewise, there’s no real narrative arc. There’s no manufactured drama. It’s a character study, pure and simple, of a woman doing her best to make it through each day whilst battling a whole legion of inner demons.

Anne At 13,000 Ft is only 75 minutes long, and that’s probably a good thing. The film, like Anne’s brain, is an uncomfortable, claustrophobic place to be. It feels good to be set free at the end. That’s the point. Some people never get free. Some people are trapped in their stifling personal hells for as long as they live. Movies like this are valuable because they let us into a place that’s usually so private. They grant us the power to empathise. And isn’t that cinema’s most important function?