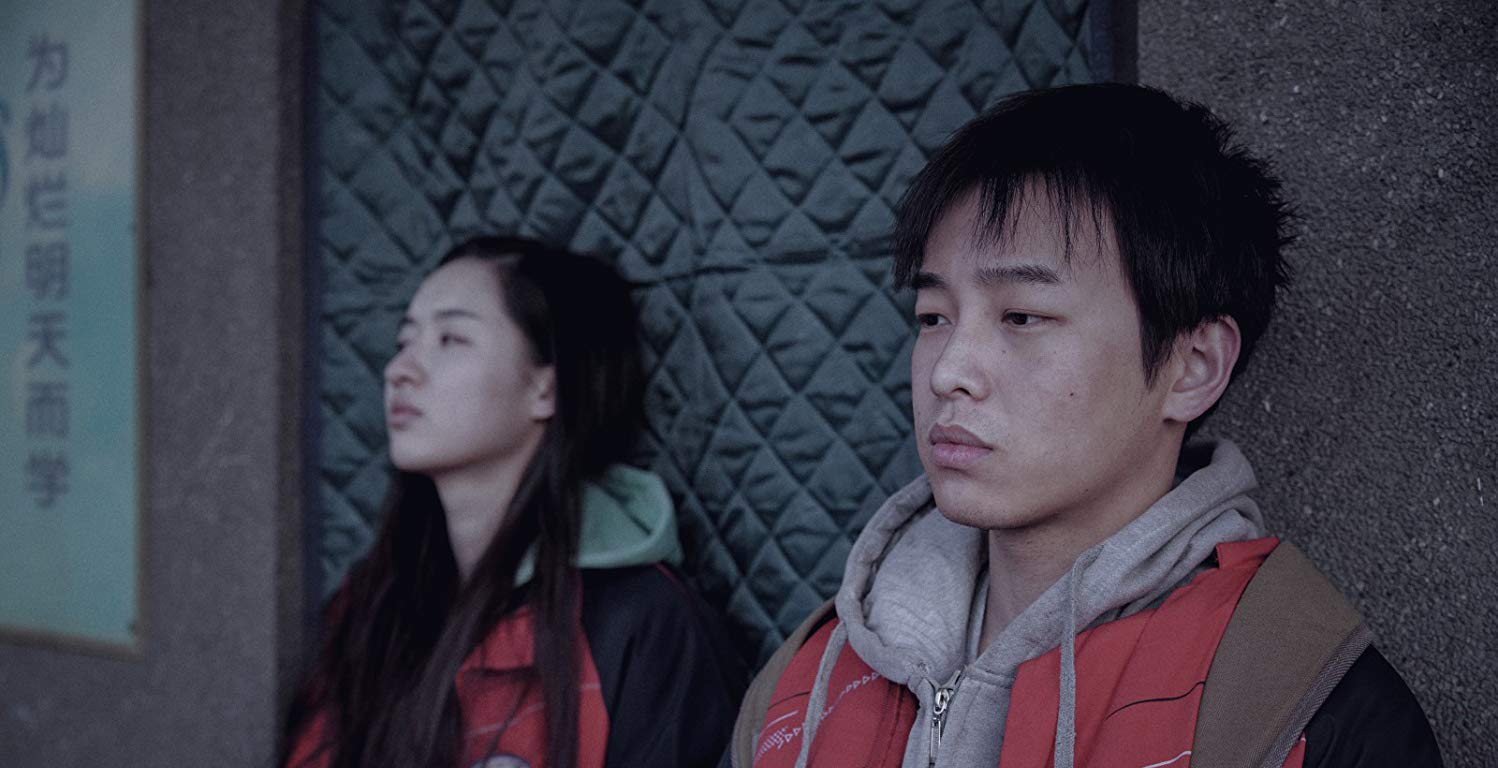 Sometimes you can’t separate the art from the artist. Soon after completing his first feature, writer-director Hu Bo killed himself. He was only 29 years old. The film he left behind, An Elephant Sitting Still, is a clear product of the depression that ended his life. To call it bleak doesn’t quite cut it. It is relentlessly, unyieldingly miserable.

The movie follows a day in the life of four people, all suffering their own private agonies. Bu (Peng Yuchang) accidentally kills a school bully and goes on the run, attempting to evade the bully’s vengeful brother Cheng (Yu Zhang), who has also just contributed to the untimely death of a peer. Student Ling’s (Uvin Wang) affair with the Vice Dean of her school is made painfully public. Jin (Congxi Li) bitterly resents his children’s attempt to send him to an old people’s home.

When they hear about an elephant performing in a nearby circus, famous for its ability to block out the world, our protagonists embark on an unlikely pilgrimage to see it for themselves.

Perhaps the most pertinent detail about An Elephant Sitting Still is the length. Four hours. And they are not quick hours. Hu’s film often seems punishingly slow, lingering on moments for unfathomable reasons for unfathomable lengths of time. There isn’t any real point in it being 234 minutes long; there’s no excess of plot, and little character development. A long held theory in the movie business states that directors shouldn’t be their own editors, and An Elephant Sitting Still is the perfect example of why. 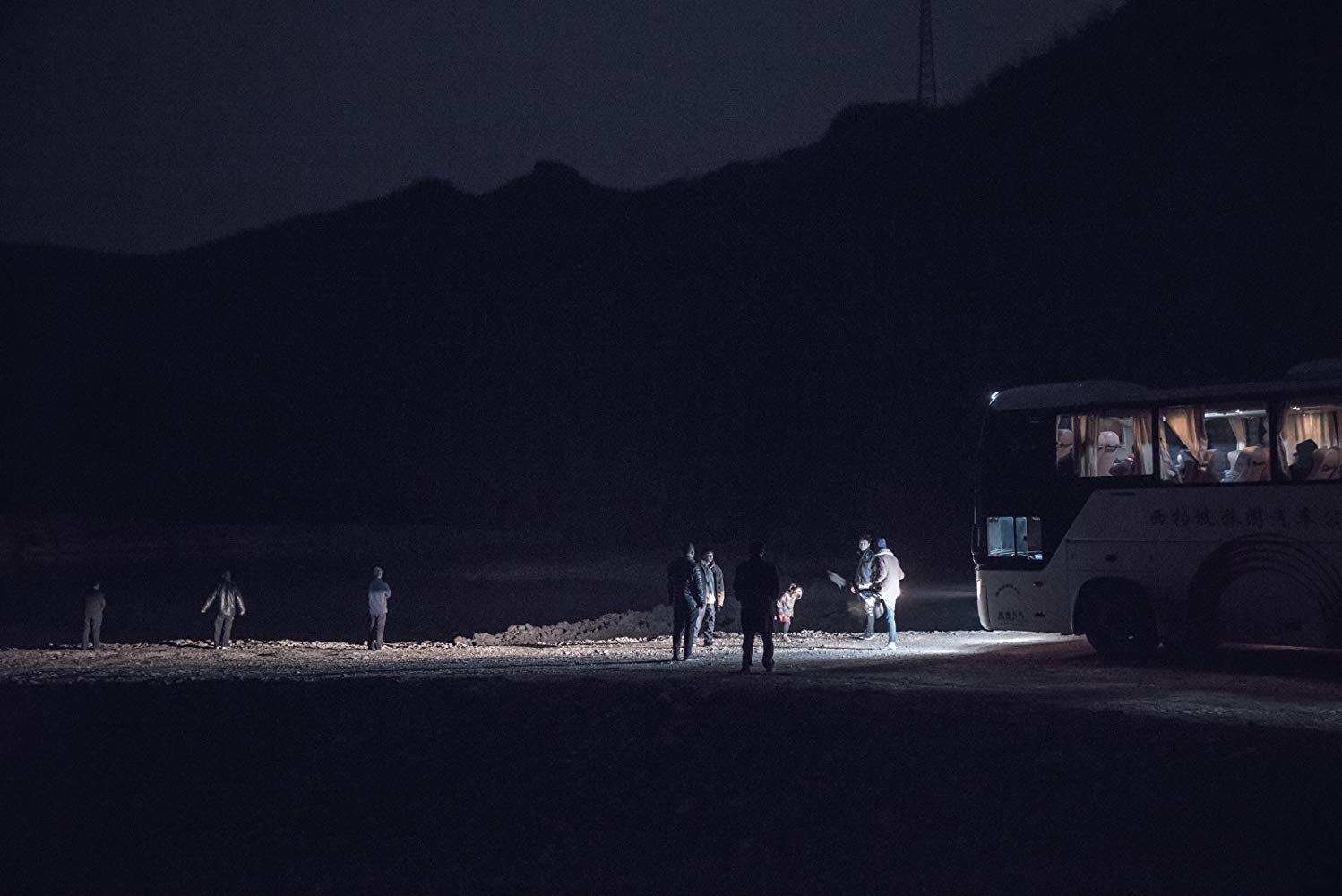 Hu’s suicide is a constant spectre here. His characters speak such despairing words. “The world is a wasteland,” says one of them. “Life just won’t get better,” says another. Near the end of the movie, when Ling is comforting Jin’s tearful granddaughter, she says, “Don’t cry!”. “Why not?” asks the little girl. Ling can’t think of anything to say. There is – as An Elephant Sitting Still reminds us with every fresh scene – every reason to cry. Abusive parents, financial difficulties, bullying, hopelessness – the world is a wasteland, after all.

Although Hu’s editing skills leave a lot to be desired, his direction is consistently impressive. His camera is kept close to the protagonists, adding a real sense of empathy to all that transpires. Shot largely with a Steadicam, his takes are long, smooth and free-flowing. Whilst the wintry blue-grey colour palette is oppressive, so is the world these characters inhabit. Aided by cinematographer Fan Chao, Hu exhibits a visual assurance that far belies his status as a first-time filmmaker.

If I haven’t underlined this enough already, let me have one more go now: An Elephant Sitting Still is a tough watch. Four hours of unremitting anguish. There’s so little hope, so little levity.

So is it worth the gargantuan effort? Your mileage may vary. There is a lot that is good; endless empathy for these broken characters, strong performances, and a striking aesthetic. Still, it’s hard to ignore the fact that the eventual appearance of those closing credits feels like the first warm day after a long, cold winter.