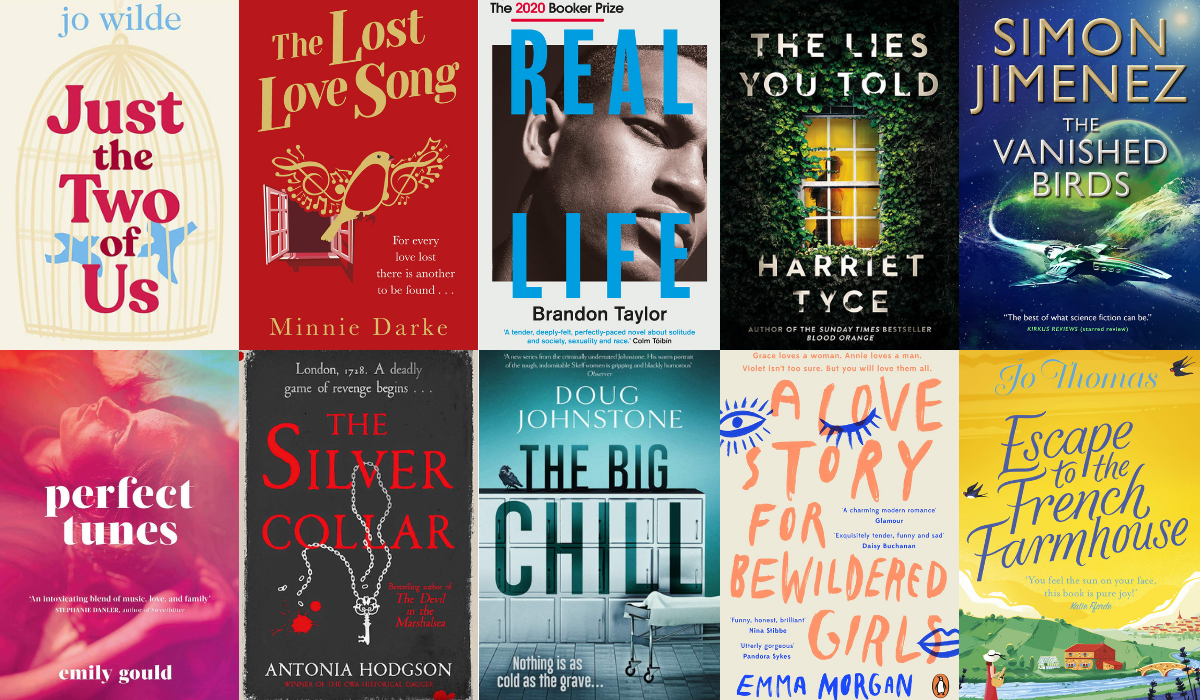 With summer in full swing, we’re sharing our top bookish picks for this month including feel-good novels, historical crime and a Booker Prize nominated debut. 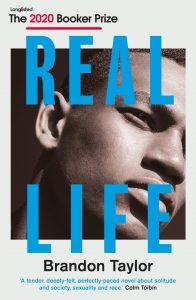 With its publication date moved forward to the end of July, readers have the privilege of diving into Brandon Taylor’s Booker Prize longlisted Real Life earlier than anticipated. This stellar debut centres on biochemistry student Wallace as he’s forced to confront past traumas, present devastations and the uncertainties of the future over the course of an intense end-of-summer weekend. This is an American campus novel with a difference, empathetically and elegantly exploring grief, sexuality, isolation and the complexities of human connection. (30 July, Daunt Books) 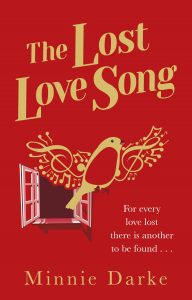 Arie and Diana were destined to be together. To celebrate and capture their love for each other, classical pianist Diana composes a piece of music whilst on tour – a love song she debuts to a room full of strangers but never gets to play for Arie. And so begins a joyful, serendipitous journey about love, friendship and the beautiful power of music. It can’t be easy following up a novel as charming, romantic and feel-good as Star-crossed – Minnie Darke’s wonderfully uplifting debut. Yet The Lost Love Song is another sweet and engaging tale that will warm even the most cynical heart. (6 August, Corgi)

The Silver Collar by Antonia Hodgson 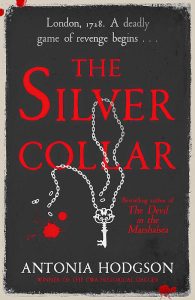 The Silver Collar is the fourth novel in Antonia Hodgson’s historical crime series featuring Thomas Hawkins, but, just like its predecessors, it reads brilliantly as a standalone too. This darkly thrilling story set in 1728 sees Tom’s happiness with notorious bookshop owner Kitty hitting a snag when he realises there’s a price on his head. Determined to find out who wants him dead, and utilising his ward Sam’s underworld connections, Tom begins an investigation that leads him to the house of an enigmatic Lady and an escaped slave. Hodgson weaves the various elements of her plot together seamlessly, filling her story with intriguing mystery, well-rounded characters and vivid Georgian period detail. (6 August, Hodder & Stoughton) 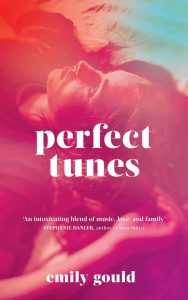 Laura arrives in New York City with hopes of recording her first album. Her songwriting career is on the cusp of taking off when she falls for a magnetic musician – a relationship that isn’t destined to last but one that defines Laura’s future nonetheless. Fifteen years later, Laura’s teenage daughter Marie has questions about her father that Laura doesn’t want to answer. She closed the door on her musical dreams but the people closest to her aren’t so willing to let Laura give up on them a second time. Perfect Tunes is a perceptive and wise story of music, motherhood and the compromises people make which reverberate through the years. Ideal for fans of Daisy Jones & the Six. (6 August, Scribner)

Escape to the French Farmhouse by Jo Thomas 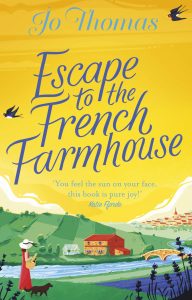 With so many of us stuck in Blighty for the foreseeable future, reading books set in other countries is the only way we’re going to get our sunny holiday fix. In her latest feel-good novel, Jo Thomas invites readers to live vicariously through her character Del as she sets about trying to build a new life for herself in the picturesque French countryside. The discovery of an old recipe book inspires Del to start baking but she’ll need to learn to let go of the past if she really wants to move forward with her life. A warm and evocative summer read full of delicious food. (6 August, Corgi)

The Vanished Birds by Simon Jimenez 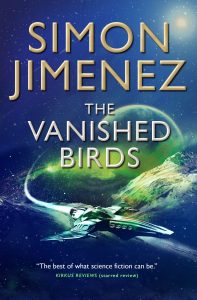 Simon Jimenez’s expansive and imaginative space opera is a book you can completely lose yourself in. Taking a look at our planet and the consequences of an unsustainable earth, the story follows three main characters: the captain of a transport ship contracted by a powerful corporation; a mysterious boy with an extraordinary gift, and a brilliant scientist who’s been searching for someone with such an ability for centuries. The Vanishing Birds is beautifully written, with fascinating, three-dimensional characters and a poignant overarching theme that will whisk readers through space and time. (11 August, Titan Books)

A Love Story for Bewildered Girls by Emma Morgan 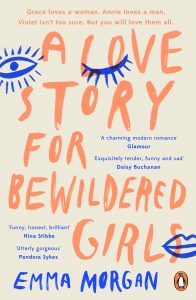 “Grace loves a woman. Annie loves a man. Violet isn’t quite sure. But you’ll love them all…” That first line of the synopsis is a pretty perfect way of summing up Emma Morgan’s funny, frank and moving debut about three very different women learning about love, sexuality and heartbreak. Grace, Annie and Violet really are characters you can 100% get on board with as they navigate modern relationships, mental health, societal pressures and their own expectations. It’s a refreshingly down-to-earth and relatable character-driven novel that you’ll want to inhale in one sitting. (13 August, Penguin)

The Big Chill by Doug Johnstone 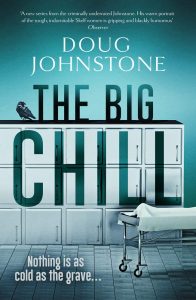 The follow-up to Johnstone’s A Dark Matter reunites readers with the women of the Skelf family, three generations of funeral directors and part-time investigators. Trouble is never far behind when it comes to Dorothy Skelf, her daughter Jenny and granddaughter Hannah, who take on their most confounding and chilling case yet involving a car crashing into an open grave and the disturbing disappearance of a student. Pondering existential questions about life, death, family and society, Johnstone delves into sinister subjects with a welcome dose of dark humour. If you enjoyed the first outing with the Skelf ladies, you’ll find even more to enjoy here. (20 August, Orenda)

The Lies You Told by Harriet Tyce 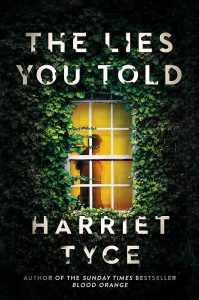 Having moved back to London from America, Sadie is trying to get her daughter settled into an exclusive, ultra-competitive new school. Befriending the other mums and navigating the politics at the school gate is hard enough, but Sadie is also trying to re-establish her career as a criminal barrister. She wants to get her life back on track but starting over isn’t easy when your new start is built on secrets and lies. Every bit as addictive and suspenseful as Tyce’s 2019 debut, The Lies You Told is a gripping psychological thriller about friends, enemies and what happens when you unwittingly invite a threat into your life. (20 August, Wildfire)

Just The Two Of Us by Jo Wilde 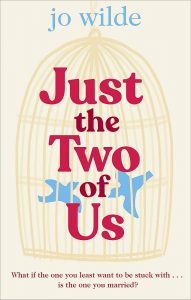 Julie and Michael have been married for thirty-four years. They’ve weathered many a storm but now that their children have flown the nest, they sleep in separate beds, live in opposite ends of the house and exchange very few words. With their wedding anniversary looming, Julie realises she wants a divorce. But just as she’s about to have ‘The Talk’, lockdown begins, forcing them to actually spend time together. Given the current situation, you might think that a story about characters isolated in their home is the absolute last book you’d want to pick up right now. But you’d be missing out, because Jo Wilde’s Just The Two Of Us is exactly the sort of witty, insightful and heart-warming book for these solitary times. (20 August, Piatkus)