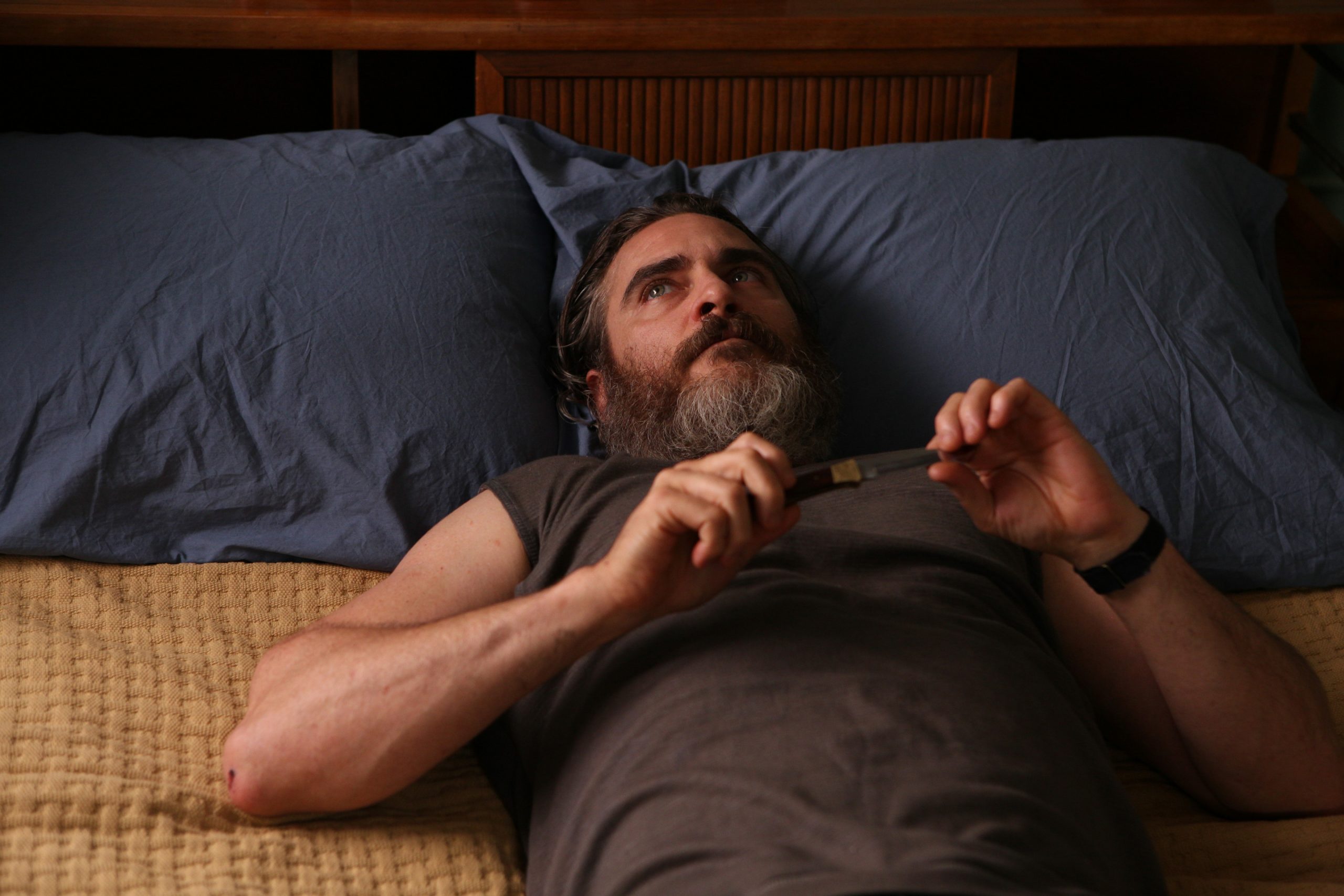 If you want proof that Joaquin Phoenix is the best American actor working today, you need look no further than two films, released a week apart in UK cinemas: You Were Never Really Here and Mary Magdalene. In the former, he plays a man who rescues girls from traffickers using his wits and a hammer. In the latter, he plays Jesus.

Both films are excellent, but it’s You Were Never Really Here that concerns us, well, here! Based on a novella by Jonathan Ames, Lynne Ramsay’s fourth feature has a wisp of a plot. Joe (Phoenix) is tasked with saving Nina (Ekaterina Samsonov) from a paedophile ring. He does so. Violence ensues.

Ramsey’s movie is so much more than the story, however. It’s a character study. Joe is a man of extremes, and Ramsay is fascinated by the marriage of sweetness and darkness that makes up his life. He sits with his elderly mother, who is scared to fall asleep after watching Psycho; he practices suffocating himself with a plastic bag. He buys candy bars and bottled water for the girls he rescues; he bashes in the heads of their abusers with a hammer. We never know exactly why he is the way that he is; a kind man turned crazed by a torturous life. Our sole clues are flashes of a scared young boy cowering from a large, hammer-wielding man, and a war scene featuring soldiers and children.

Phoenix has always been excellent at suggesting in his characters a churn of inner pain. You Were Never Really Here takes that up a notch. His pain isn’t so much inner as all encompassing. He is furious and frightened, tender and devastated. He pulsates with feeling. You don’t know what he’s going to do next. It’s a bewitching turn, from the first moment to the last. 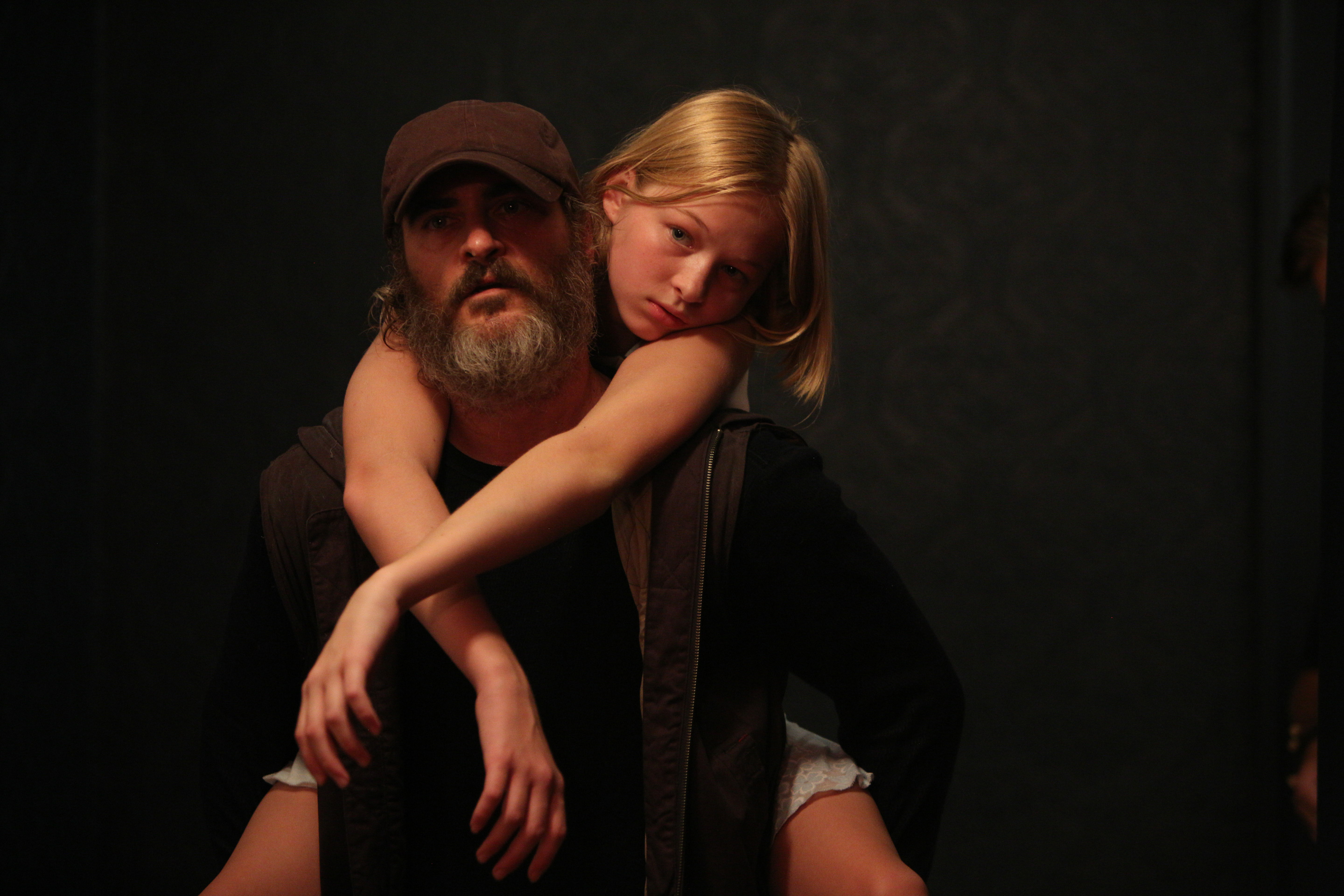 Ramsay’s direction is also impeccable. It’s a violent film, both literally and emotionally, but it’s never gratuitous. Some of the most memorable scenes feature violence that occurs just off, or around the edges of the screen; the raid on the paedophile ring witnessed only by the CCTV cameras, the bloody hole through a pair of spectacles. The overall tenor here is so fraught, Ramsay is wise not to overdo it with the gore. The few times an act of violence is shown squarely in front of the camera, it leaves one hell of an impact. 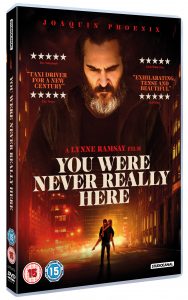 Adding to the beautiful madness is Johnny Greenwood’s score. The chasm between his work for Phantom Thread and You Were Never Really here is as vast as the difference between Phoenix’s Joe and Phoenix’s Jesus; whereas his Phantom Thread compositions were lush and orchestral, here they are jagged, clattering, atonal, pounding. It’s the perfect music to accompany Joe’s increasing mania.

You Were Never Really Here is a captivating movie from three artists, Lynne Ramsay, Joaquin Phoenix and Johnny Greenwood, at the very top of their respective fields. If 2018 produces a better film than this one, it will be a terrific year for cinema.

You Were Never Really Here is available on Digital Download, DVD, Blu-ray and VOD from 2 July 2018