Yardie, as Idris Elba’s directorial debut, has a lot to live up to. Elba, rumoured to be the next James Bond, has a passionate following after his star-turn as Stringer Bell in The Wire. But, rather than standing in front of the camera, he is behind it in Yardie, on his home streets of Hackney, depicting the rivalries between Jamaican drug-dealers in the 1980’s. This is the journey of gangsta’ D (Aml Ameen), as he leaves Kingston to begin a new life in London. On the one hand, it’s conventional gangster-genre violence, with loyalty, family and shiny guns at the forefront of the story. On the other hand, reggae music dominates the soundtrack, with a wealth of strong actors (directed by one of Britain’s finest) and an energy that keeps you plugged in to the story throughout. Yardie rests on your appreciation of this renewed take on London versus the tropes of crime-movies which, it must be said, we’ve all seen before.

‘D’, an abbreviation of his name Dennis, we initially see as wide-eyed and young, following his brother around as the family tries to navigate the dangerous world of Kingston in the 1970’s. In an effort to bring the warring factions together and create peace, D’s brother Jerry (Everaldo Creary) sets up a party in the streets. Lord Creator blares from the speakers and families dance. Jerry the Dread, D’s brother, asks the leaders of the rival gangs for peace. They shake and, as he raises their hands to the sky, to the horror of young D, a local child guns down Jerry. D makes a promise that he shall avenge his brother and grows up under the watch of King Fox (Sheldon Shepherd), one of the gang leaders. Within ten years, the love of D’s life, Yvonne (Shantol Jackson) and his child, leave for a better life in London and, in Kingston, his need to kill his brother’s murderer becomes a problem. With a bag of cocaine, strapped to his leg, for an East London crime-boss, King Fox forces D to leave Kingston for London too, and meet a connection in Rico (Stephen Graham). But Rico is not what he seems, and small-time hoodlums have connections to bigger prospects – with an interest in D’s love of music. 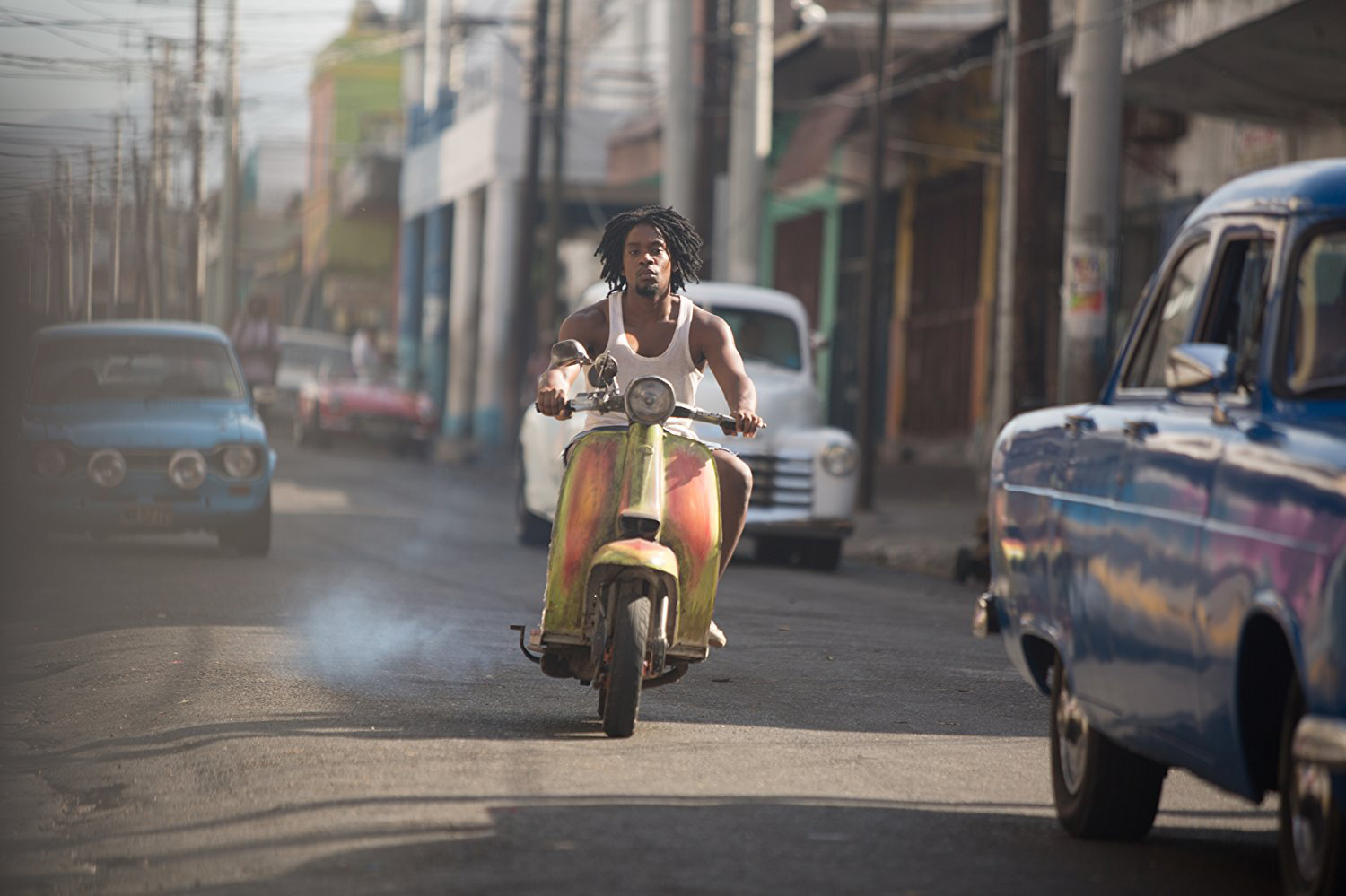 Based on the book, Yardie, by Victor Headley, there are hints at profound and spiritual sentiments that could be better explored in the novel. Indeed, the final act, though messy in its revelations and resolution, feels initially like it could go in any number of directions. Elba’s direction, using freeze-frames to introduce the characters and voice-over to clarify the story (and cover a few narrative cracks) owes a debt to Scorsese but it’s all in service of an entertaining genre-flick. The elements that set it apart from cliché are energising and, regarding the use of Jamaican patois, you have to trust the film as you comfortably, and quickly, get into the swing of the language.

Sensibly, the love-story is established early on in subtle glances ensuring the film is not bogged down in building a relationship from scratch. Stephen Graham’s unhinged London criminal Rico is, as usual, a joy to watch, while Sheldon Shepherd has a presence akin to the quiet dominance, and intelligence, of Elba’s memorable Stringer Bell. But the film rests on the shoulders of Aml Ameen, and he is an exceptional lead who manages to balance that precarious position of a lovable rogue. Yardie is a refreshing, exciting new take on London crime, with a style and soundtrack that oozes cool. But it is not without its flaws, and the heavy reliance on a formulaic story, unfortunately takes the shine off Elba’s debut.