It’s a sad state of affairs when strong, fighting women are reduced to secondary figures to a powerful husband. Our understanding of apartheid in South Africa can be limited to the achievement of Nelson Mandela, and the activism of Winnie Mandela becomes a smaller facet to the story. Pascale Lamche, director of Accused #1: Nelson Mandela, with new documentary Winnie, aims to correct the record. Watching Winnie forces you to realise how vital she was in Nelson Mandela’s freedom and how dominant a force she was in South Africa. This may be an accessible overview of a complex woman, but it is necessary viewing for those too young to fully recall this period in history.

Interviewing Madikizela-Mandela, her daughters, colleagues and enemies, Winnie begins in the sixties and almost reaches present day. Marrying Nelson, together they fought apartheid, placing her high on the list of enemies the government sought to silence after Nelson Mandela’s conviction. She was arrested and isolated, but still continued to fight. When Nelson Mandela was on Robben Island, she began to build an army of activists. Her strategic plans had impact and she was considered the voice of the ANC (African National Congress). For many, few could champion the ANC during such a chaotic climate. For those who wish to learn of the woman married to Nelson Mandela for 38 years, it is clear that, though her husband was placed on a pedestal, she was a victim of controversy, scandal and media attacks throughout her life. Referred to once as the “mother of a nation”, the idea of both Winnie and Nelson leading the country is a power that some considered too dangerous. 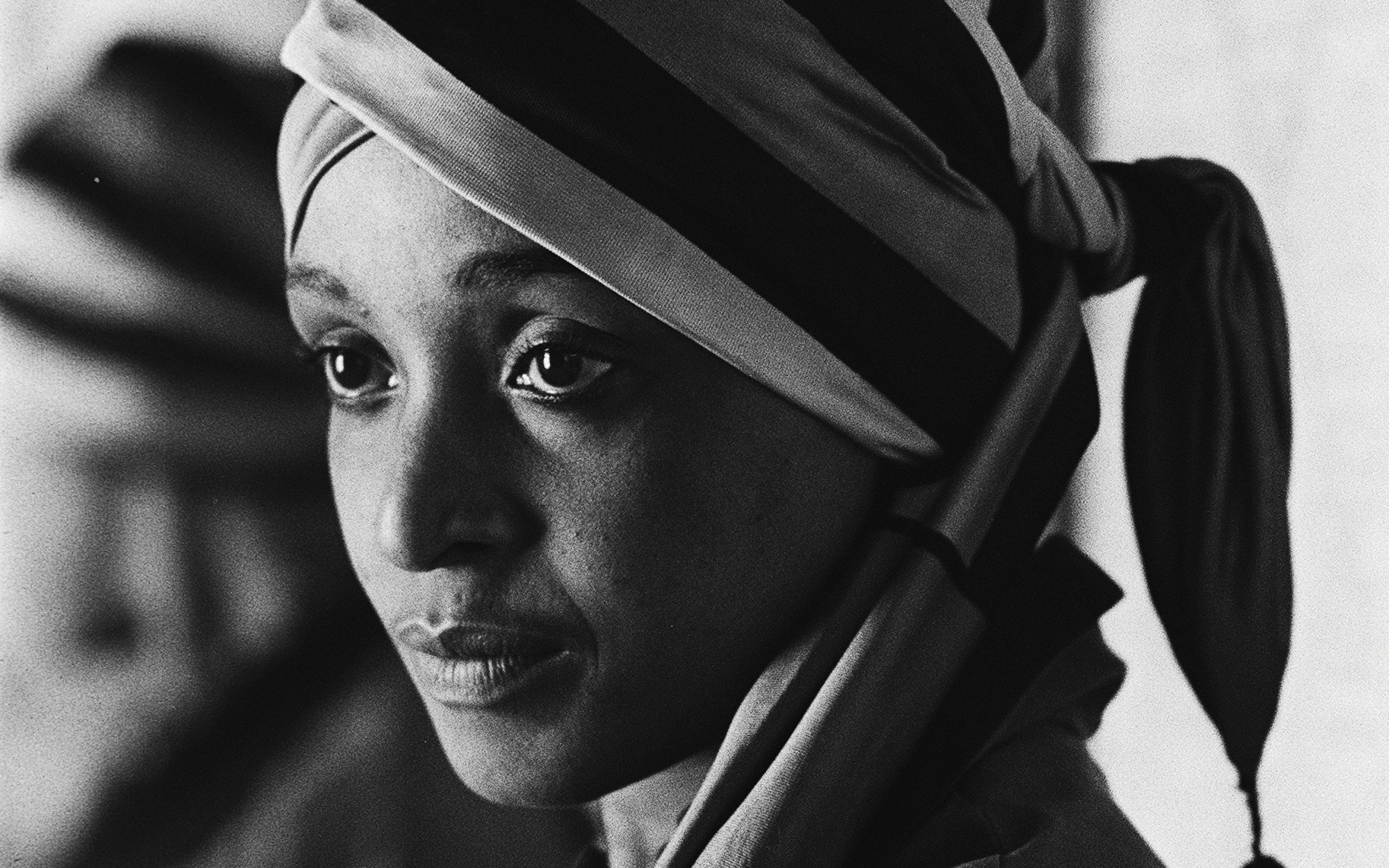 A crucial period in her life was when she, and her daughters, were placed in “the dusty Afrikaner dominated town” Brandfort. Without running water and electricity, Winnie ensured that she could still rally the troops and demand change. French Director Lamche tackles a multitude of scandals that were exploited by media too, all were desperate attempts to discredit her. In one instance, while married, a letter to a lover was printed, in full, in the papers. Then there’s the horror of the murder of 12-year-old Stompie Seipei, in 1988. Madikizela-Mandela was convicted of kidnapping and being an accessory to the assault in a long and prolonged case. But the direction the documentary takes is in highlighting the Mandela United Football Club’s purpose. It was well known that some stole and abused the “uniform”, knowing that it was inextricably tied to “Winnie’s boys” and Madikizela-Mandela herself.

Clearly, according to Winnie, we are not expected to believe she was involved. This combination of propaganda and a focused effort to demonise her was all part of a conspiracy to destroy Winnie’s iconic status. This is an educational film, not covering any new ground perhaps, but tying together details of her life in a chronological and succinct manner. Her importance couldn’t be clearer when we see the Kennedy’s visit and are reminded of her significance in Nelson’s decision to wear her glasses, when released, to speak with his supporters.

On The Phil Donahue Show, Winnie Madikizela-Mandela admits how “it is true, I am much angrier than him”. In an era when extreme right-wing politics dominates our institutions and socialism begs to be heard, Winnie’s refusal to compromise, as Nelson successfully did, is a story worth hearing. Winnie ends with a sobering perspective and it is our place to listen, and learn.

Winnie will be screening at Hot Docs London on 23 September 2017.