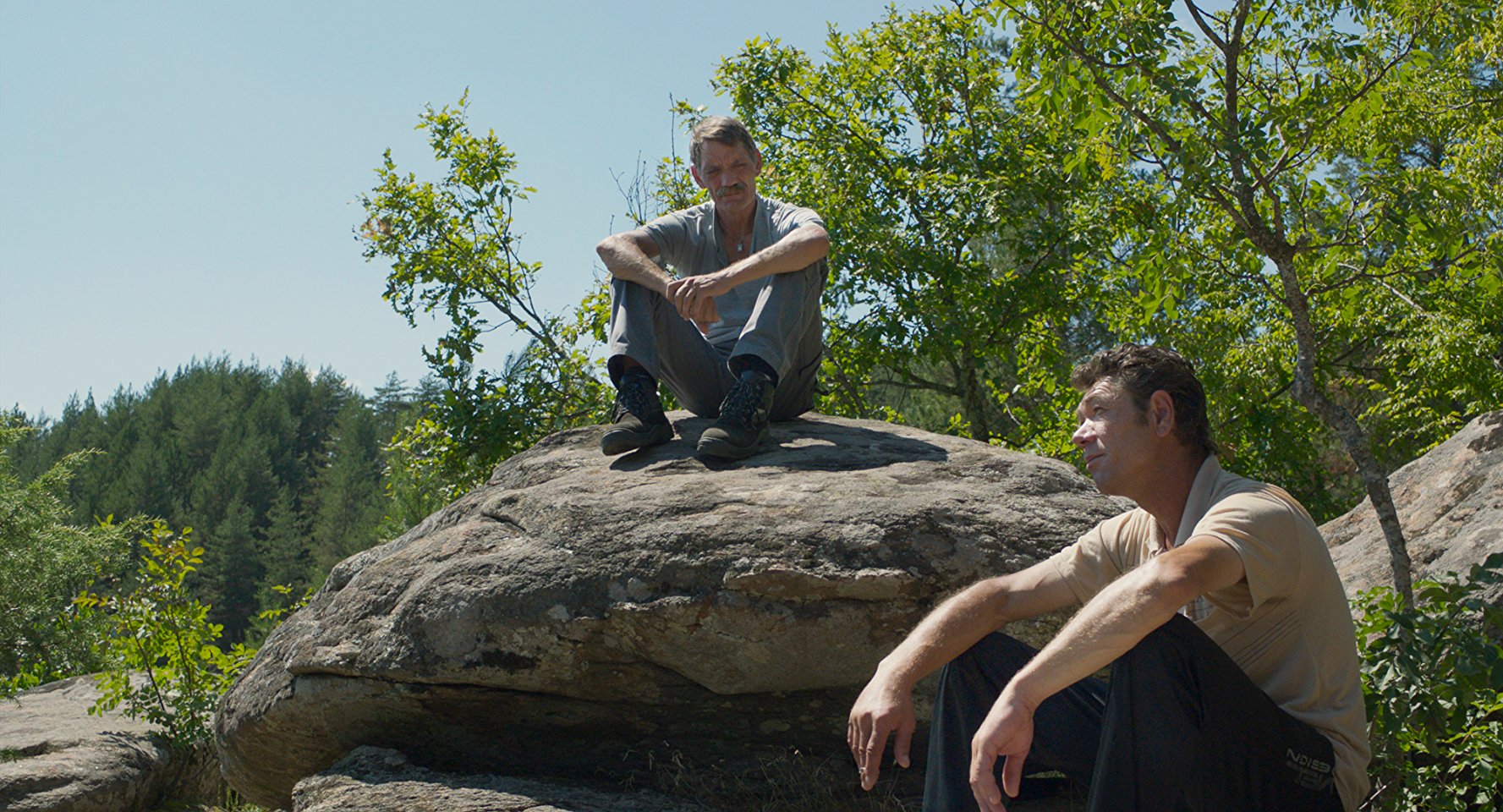 “What are you searching for here?”

Meinhard (Meinhard Neumann) is one of a group of German construction workers who accept a job in a scenic village in Bulgaria. Though the German men are happy to be on an adventure together, and enjoy their surroundings, an uncomfortable encounter with some local women at a swimming spot sparks conflict between the Germans and Bulgarians. Well, most of them – Meinhard swiftly feels more at home in Bulgaria than he ever did in Germany. That causes its own set of problems with Vincent (Reinhardt Wetrek), Meinhard’s boss.

The film’s title evokes one-horse towns and wide-open spaces, and that’s just what writer-director Valeska Grisebach and cinematographer Bernhard Keller give us. The Bulgarian locations are remote, and strikingly beautiful. You can feel the heat always radiating from the brilliant blue sky. And of course, when the heat rises, so does the tension.

Westernmoves at a languorous pace, but Grisebach ensures there’s always a sense of imminent danger nestling just below the surface. The relationship between the Germans and the Bulgarians (as well as between Meinhard and Vincent) is marked by a host of minor incidents; accidents, rivalries, feuds over women and water. Every time sparks fly between the men, it seems like anything could happen.

Yet, as Meinhard becomes friendlier with the Bulgarians, it transpires that Grisebach is more interested in character than incident. Western isn’t so much a tale of the rivalries between groups of different nationalities, as a tale about a man who finds his home somewhere that he never expected. 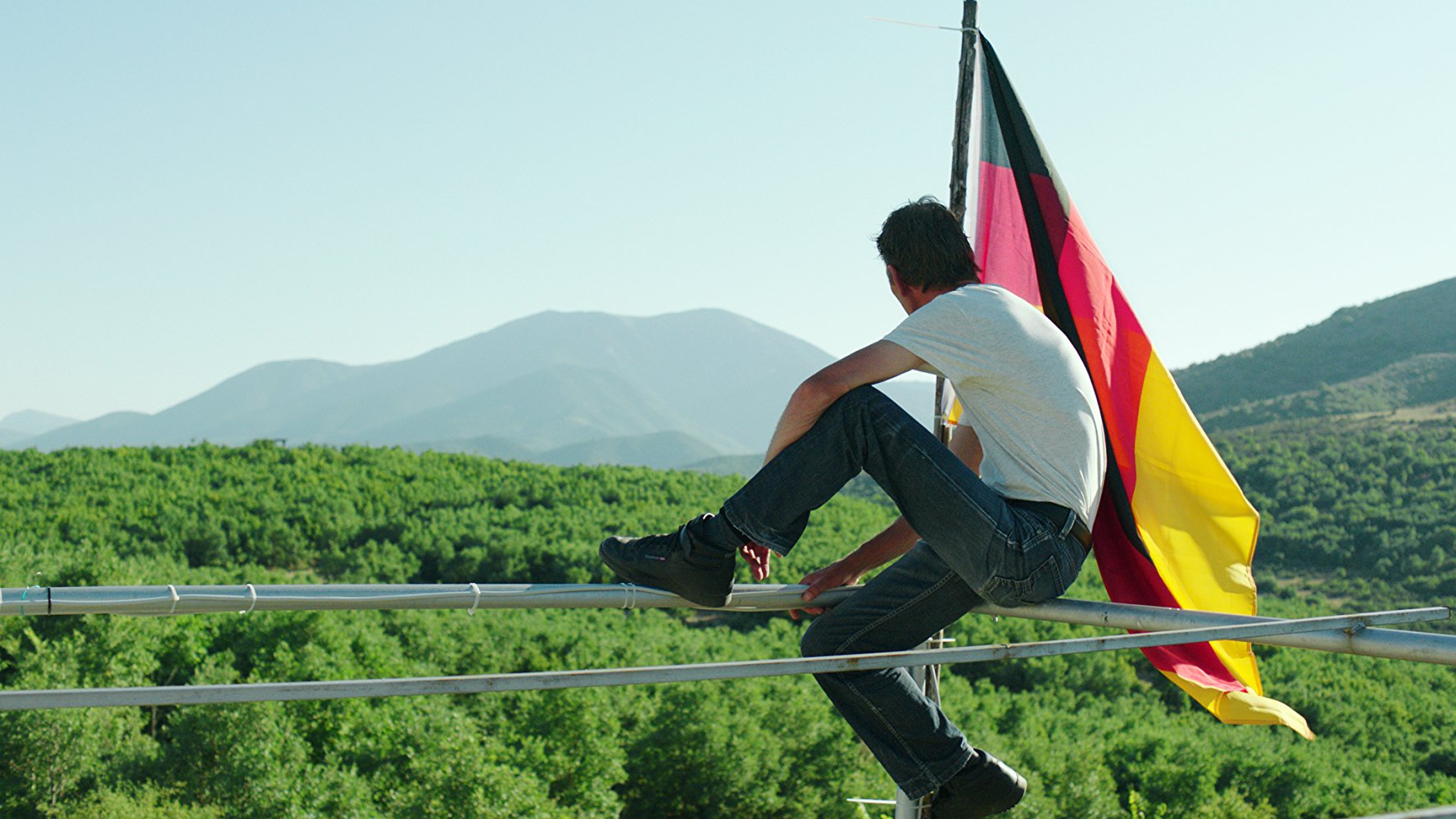 Grisebach wrests plenty of drama and emotion from the language barrier between the two groups. The Germans just speak the most basic Bulgarian, and only one of the Bulgarians speaks any German. This adds to the suspicion and distrust amongst the men.

The language barrier is also the basis for one of Western’s most touching scenes. Meinhard is a taciturn fellow; he doesn’t divulge much about his life back home. In an attempt to bond with Bulgarian Adrian (Syuleyman Alilov Letifov), he tells him about the loss of his brother. Adrian doesn’t understand the words Meinhard is speaking, but he gets the gist: “You’re saying something sad.” There’s something so moving about the quiet companionship of these two burly men; the way they try to listen to each other, despite not sharing a language. Grisebach’s fascination with male friendships is the real powerhouse of her film, and it yields many a sweet, powerful moment.

Meinhard remains an enigmatic character for the duration, but Neumann’s is a face that tells a story, a face that has lived. His eyes smile easily, but there’s sadness in them. His moustache is magnificent, and he doesn’t talk a lot. He watches, and we watch him. It’s astonishing that this is his first role in a movie; he seems so comfortable on the screen, and the camera really does love him. It’s easy to see why Grisebach chose him.

Combining sweeping landscapes with an intimate character study, Western is a sensitive, soul-touching work of art. A masterpiece.