Never has a canal holiday looked so good. Paul O’Callaghan’s crisp black and white photography emphasises the mundane beauty of this subsection of the British countryside. The water, the overhanging branches of nondescript trees, and even a Sainsbury’s are given a nice sheen. But in today’s age, people make their photos black and white to hide its flaws. Thank you, Instagram for making it harder to decide who is hot or not, or if a croissant really looks that good. And, this is the problem with Tides, there is no storytelling reason for the black and white cinematography. There is no real storytelling reason for much of the film’s creative decisions.

Old mates Jon (Jon Foster), Zooby (Jamie Zubairi), Simon (Simon Meacock) and Red (Robyn Issac) board a canal boat to fight off middle-age malaise and overcome their problems. It isn’t the most cinematic of holiday choices, but the method of a canal holiday, of opening and closing locks, and the attention to detail Tupaq Felber places on it, nicely symbolises how they are putting their past behind them even if they are afraid of moving forward.

This is the central conflict in Tides, as the characters fear embracing the struggles later age brings. This trip on the country’s waterways is the foursome’s attempt at recapturing what they once had. The married Jon clearly loves Red and is either oblivious or jealous of her more natural connection with Zooby. It’s hard to tell because story elements are introduced and never developed. There is a general sense of missed opportunities as scenes develop without any sense of drama and conflict. 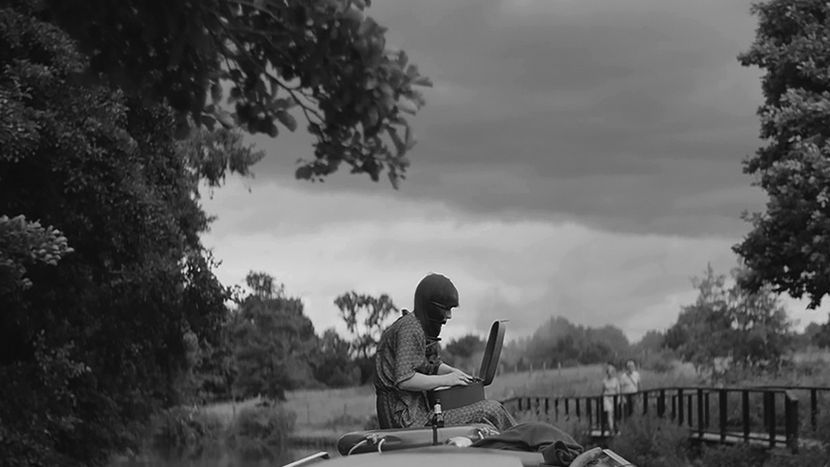 The script, written by the four principal actors with the director and editor Felber, lacks focus, more concerned with authenticity than drama. Playing like a Very British mumblecore movie, the characters speak like normal people, and the scenes bob and weave in the way conversations do when they’re fuelled by alcohol. They move with a rhythm, unfortunately, it isn’t the rhythm of a professional dancer, but more like one of the Strictly Come Dancing celebrities. There is no slow build up to a crescendo, sucking scenes of any conflict. In a weird way, Tides’ best strength, its authenticity, is also its biggest flaw.

Elsewhere, Felber’s composition and editing also struggle to tell the story visually, as the director settles for doing what he can without thinking if he should. Tides isn’t one of those assured debuts indicating a new star, but Felber shows potential, the close-ups inside the canal boat efficiently revealing the characters’ familiarity with each other.

It’s a smart move highlighting the friendship between the actors as the film lives on their infectious camaraderie. Everyone knows one of these characters, everyone knows a Jon, a person who only talks about himself and strops when things don’t go his way.

There is a lot to like about Tides, which only makes its flaws worse. The film wastes the potential it occasionally flourishes, endearingly coming across like a student film.