The Invention of Realism: Beyond Caravaggio at the National Gallery of Scotland

Danish director Lone Scherfig has spent the better part of the last decade dissecting the British identity. In An Education she explored middle-class suffocation, with One Day she tackled our love for Richard-Curtis-style rom-coms, and with The Riot Club, she eviscerated our obsession on class. With Their Finest, she turns her gaze on the Blitz spirit – that never-surrender, have-a-cuppa, underdog status that has come to define British people since World War 2.

Their Finest is filled with scenes of plucky defiance the spirit is known for, from Catrin Cole (Gemma Arterton) finishing her screenplay as the bombs fall to the vain actor Ambrose Hilliard (Bill Nighy) taking on a job he deems beneath him because it was his late agent’s (Eddie Marsden) wishes. Through these scenes, Scherfig praises the spirit, revealing courage in the face of adversity comes in many forms, but her real interest is in deconstructing how the spirit was made.

The script Cole is working on is for The Nancy Sterling, a fake production that gives Scherfig a film-within-a-film structure to pin her twin themes of feminism and propaganda on. By having Cole’s storyline impact the fake film’s storyline, Scherfig dissects how the artifice of movie making can shape real-life opinion and how real life affects the filmmaking process. As screenwriter Tom Buckley (Sam Claflin) says: “Dunkirk: the biggest military retreat in history or the event that put fire back in our loins.” It was propaganda that helped change the tide of the war, and propaganda created the Blitz spirit. 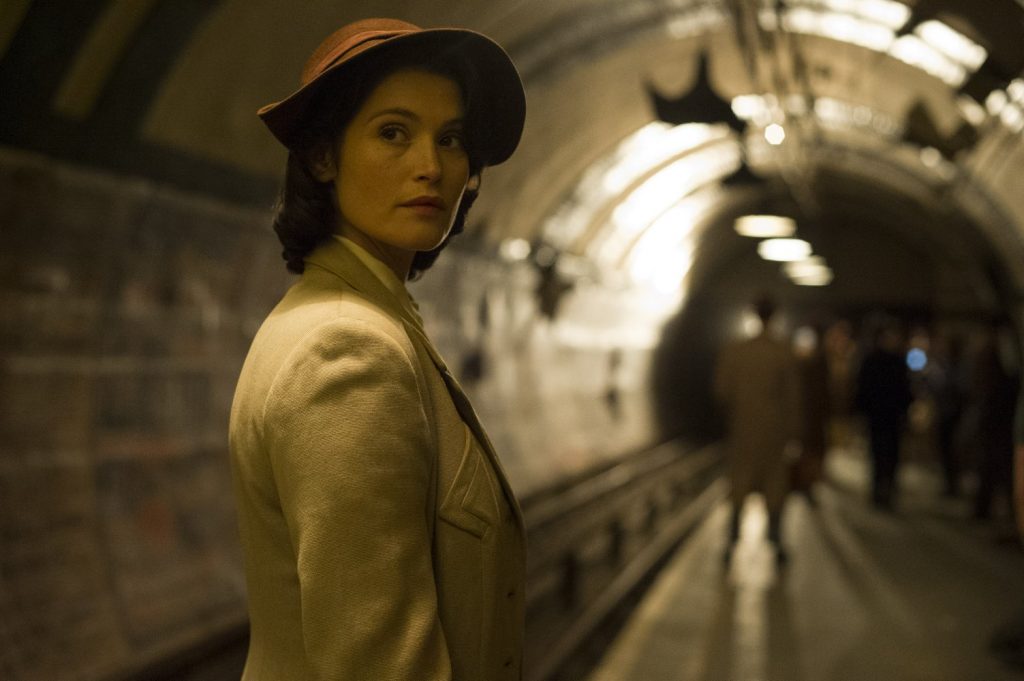 The idea that a film, no matter how sincere, can have a message carries over into the actual film. Scherfig subtly sneaks a fiercely feminist message into Cole’s uplifting story. While women were worse off in the 1940s, and the film acknowledges the war led to a workplace revolution as the women were not returning to their “boxes”, Their Finest is relatable to the 21st century. Cole is told she can’t be paid “as much as the chaps”, and her ideas are often dismissed because she is a woman. The fact she is hired to write “the slop”, a dismissive term for female character interaction, is a scorching take on how many modern male writers struggle writing female characters, often treating women as aliens.

Fortunately, Scherfig, screenwriter Gaby Chiappe and Gemma Arterton understand this isn’t true, giving Cole a humanist story as she struggles in the male dominated industry, even if she does have a cheesy love story that saps the film of its power. Arterton and Claflin have fun delivering the semi-staccato dialogue, a loving homage to the films of the era, but their relationship is too sweet, and the inevitable disagreements aren’t memorable because they lack bite.

If a sincere feminist wartime romance about propaganda isn’t attractive enough, then the supurb Bill Nighy performance should do the trick. Nighy gives one of his best performances as Hilliard, a man who overcomes his prejudices. Nighy grounds the humour in real emotion and character, reading lines like: “I am perfectly calm. What you are seeing is controlled anger tempered with icy detachment”, with an arched eyebrow only he is capable of. The actor has a complete understanding of the film Scherfig is making. This is a bubbly comedy with something important to say.

The Invention of Realism: Beyond Caravaggio at the National Gallery of Scotland