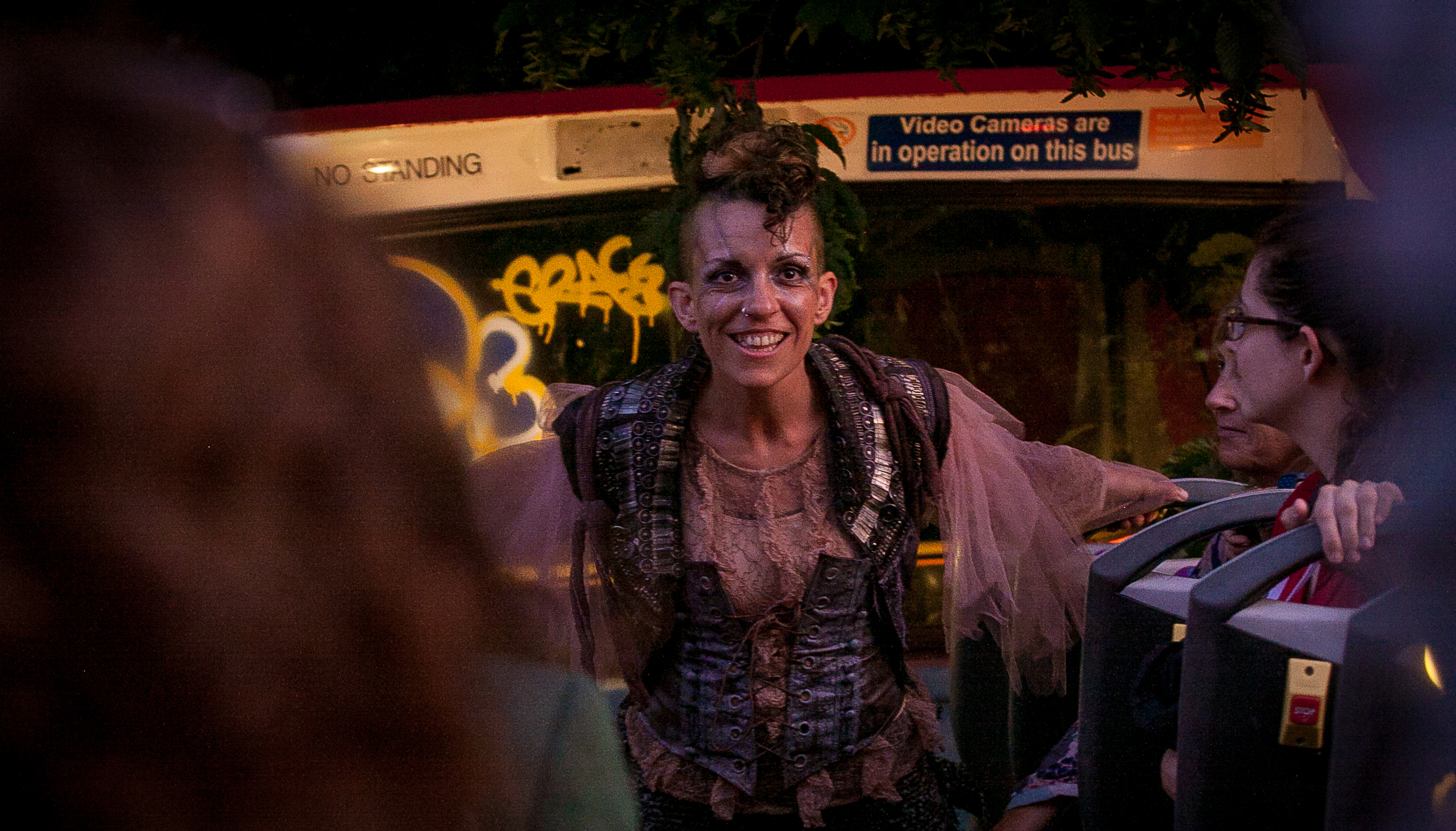 The magical island ruled by Prospero is transposed to an industrial estate in Oxford. After an awkward storm at sea in a hangar, audience members are thrown apart into groups of around ten and then gradually shifted around the surrounding area. Characters perform their scene multiple times and each team gets to see Shakespeare’s play in a slightly different order, with plenty of opportunity for interaction between actor and spectator.

Creation Theatre have pulled off an extraordinary feat of planning by keeping each dual and monologue distinctly separate while maintaining a clear narrative. The warring factions lead us a merry dance through coffee shops and offices, across bridges and meadows. There is some degree of physical exertion and brainpower required on the adventure but it is clearly signposted and well supported with shrewd nudges from the cast. Giles Stoakley excels in this dual role, as the production manager he brings offstage concepts into his performance as the ship’s captain.

Each character gets a short time to impart their wisdom and plans, so the entire company maintains a high energy over the three hours of performance. Simon Spencer-Hyde is a robust Prospero; a visit to his well decorated wooden cell reveals the layers of tragedy in his past and he moves smoothly between anger and compassion. The charming romance of Ferdinand and Miranda is sparked amongst the rich aroma of coffee beans; Ryan Duncan and Annabelle Terry bring a feisty modernity to the young couple. Al Barclay, Madeleine MacMahon and Chris Robinson inject a healthy dose of humour into the regal malevolence of Alonso, Sebastian and Antonio.

The zombie spirits can be terrifying and a particularly chilling scene amidst freezers of meat tests audience bravery. Fortunately the reassuring presence of Itxaso Moreno as a lively Ariel, clambering over a graffitied bus, keeps the story on an even keel. Director Zoe Seaton has created a unique Tempest which pushes the audience through various sights, sounds and smells, each scene unfolding with a different backdrop. And in the end we’re all gathered together again in the hangar for a wedding with a bit of vengeance, a dash of magic and a last dance.