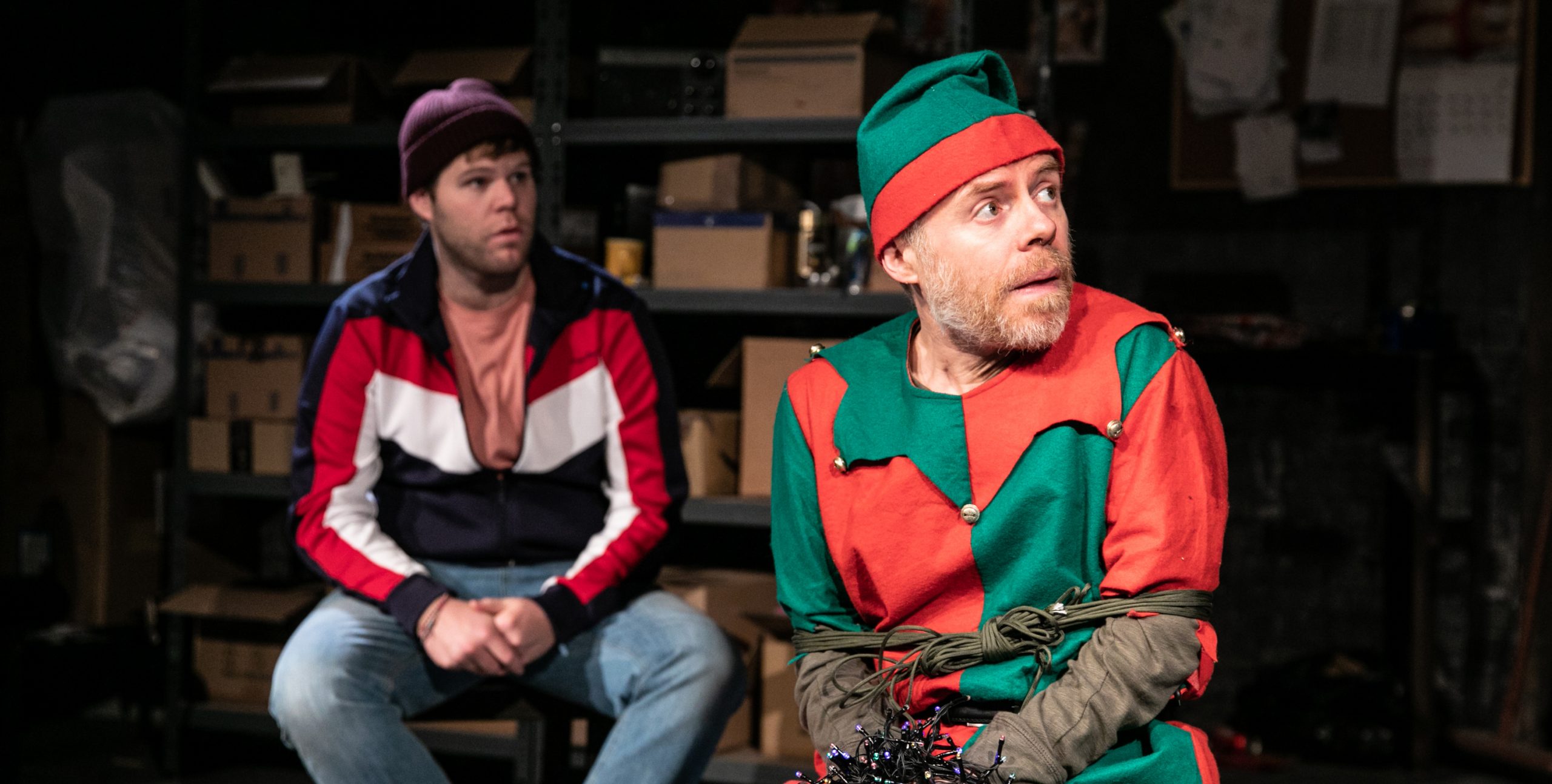 It may look like a sweet, poetic, traditional title but the 2018 festive offering at Southwark Playhouse is a long way from jolly pantomime.The Night Before Christmas takes place in a dodgy warehouse in South London as three locals try to work out whether the man they’ve tied up in Christmas lights is burglar or elf and the clocks ticks past midnight.

The loud, bitter cynicism of Simon (Michael Salami) contrasts nicely with his dimly earnest friend Gary (Douggie McMeekin) as they dig away at an unlikely tale. The hapless pair are further jumbled up by the arrival of streetwise prostitute Cherry (Unique Spencer), in search of official Power Rangers and capable of changing tact on a dime. In the midst of much swearing and a bag of magic dust they all get to make some serious speeches about the corrupted meaning of Christmas.

Dan Starkey is caught in the middle of this argumentative trio, the alleged elf who may have fallen off his sled while potentially delivering Christmas feeling. He’s a convincing believer committed to his magical story and the shakes he gets from being chained up become quite alarming. His ability to grant wishes ups the festive ante a bit and allows for some surprising stage effects, wasteful requests and debates about what constitutes happiness.

Anthony Neilson’s The Night Before Christmas was first produced in 1995 and its explicit anger towards the age of consumerism makes its message relevant today. The set is piled high with boxes full of plastic tat, the sex and drug references go beyond innuendo and there are some sharp shocks. Dark jokes plus feisty Londoners equals an unconventional Christmas performance.