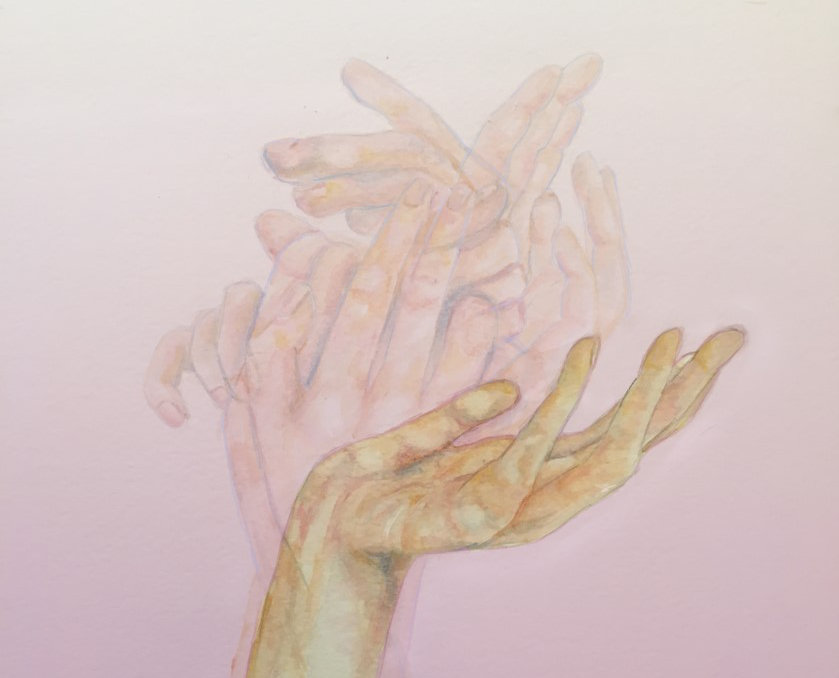 A thoughtful two hander exploring a developing work relationship, Shadows is a Want the Moon production that offers a pleasant mix of friendly chitchat and awkward disagreements.

Nat and James work together. Over the course of seventy minutes a connection appears and grows. Each moment in the relationship is played twice, in one thread they grow more flirtatious and in the other more aggressive. The action jumps loosely in time and is occasionally intercut with video of a happy future projected onto different parts of the set. The characters make effective use of the neutral pub staging, moving it around to slightly change the location and atmosphere.

Dan Sareen has written natural dialogue; scene-by-scene the characters become either more relaxed or edgy with each other. Madeline Hatt and Ross White portray Nat and James convincingly both ways, allowing the characters to mingle and wander apart from each other and their shadows. There are spikes of humour to punctuate the occasional tension but mostly they have ordinary conversations, play guessing games and try to get to know each other.

It’s a gentle piece that reflects on modern romance with some choice musical references and piano pieces. Allowing the audience room to think, this show would be a good way to start a day at the Edinburgh Fringe.

Shadows is on at Tristan Bates Studio until 6 July and then at Zoo Playground, Edinburgh from 2-26 August

8 new books to read this July