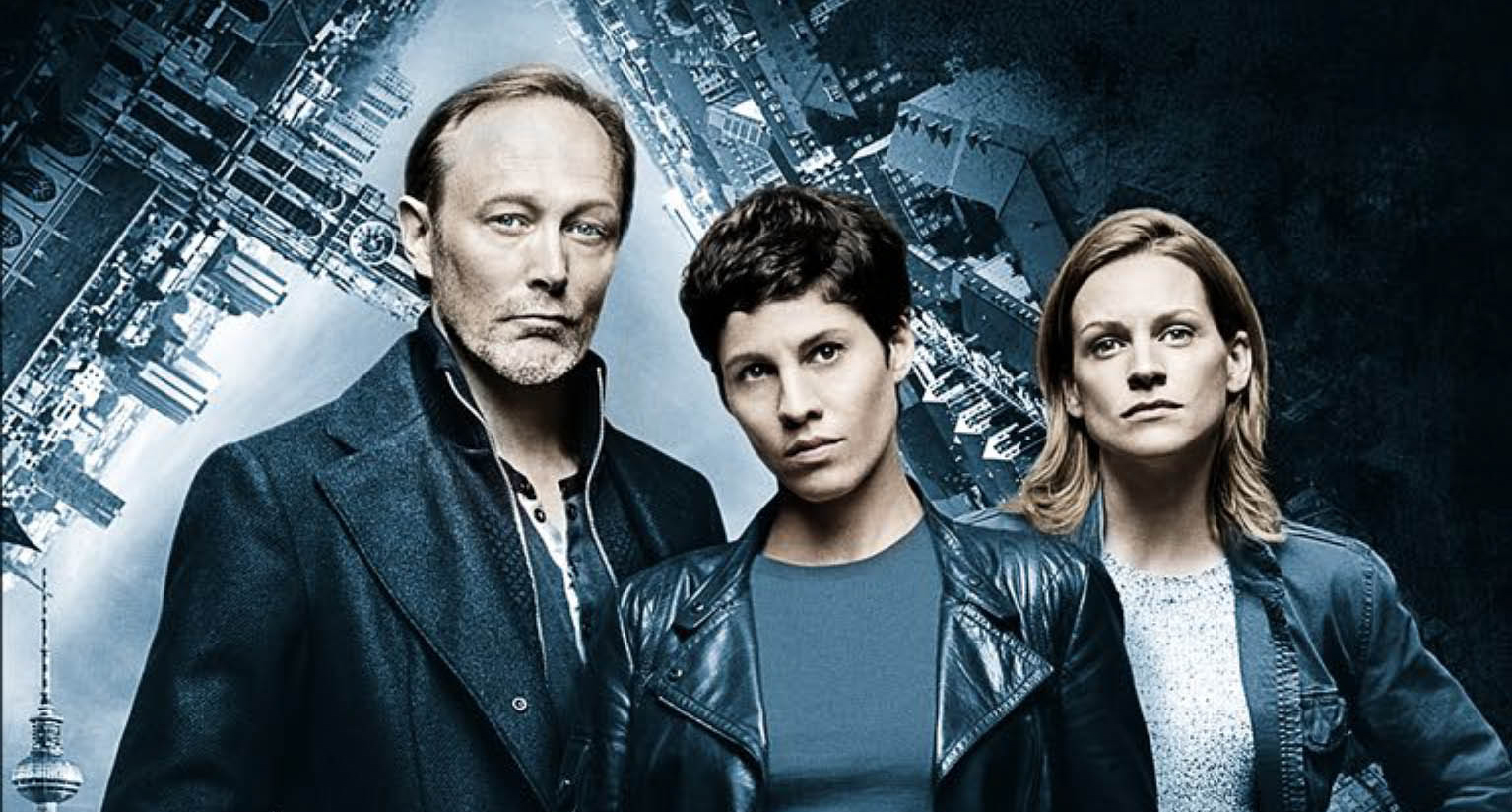 With drama from all across Europe gaining more and more international prominence (at least from an Anglocentric point of view), something like The Team was only a matter of time. The show is (to my knowledge), the first of its kind, a truly ‘European’ series from Austrian, Belgian, Danish, German and Swiss production companies working together, and part funded by a continent-wide broadcast studio. In what is perhaps a bit of one-upmanship versus The Bridge and The Tunnel, The Team follows not two, but three detectives working together – Harald Bjorn (Lars Mikkelsen) from Denmark, Jackie Mueller (Jasmine Gerat) from Germany, and Alicia Verbeek (Veerle Baetens) from Belgium – as they work to uncover crime spanning numerous countries.

This sense of collaboration is largely a positive and refreshing part of the show. With the action set across the various departments and elsewhere, there’s a smorgasbord of languages on show – the various departments using their native tongues, as well as communicating with each other in English, with a smattering of French at times too. It’s somewhat of a necessity, sure, but the multilingualism is effectively depicted, and for the most part, no-one seems to murder someone else’s language. Well, apart from the two English mercenaries in the first few episodes, who seemed to be competing to see who could sound more ridiculous (my highlight was the guy banging the window shouting ‘Fuck’ repeatedly). I guess we deserve it after years portraying the rest of the continent in a similar manner, but it didn’t come across as vindictive so much as just silly.

If there was one significant issue with the constant changes in location though, it was that it ended up feeling more like a spy film than a cop drama. With so much ground to cover, there was very little atmosphere to the show – Copenhagen, Antwerp and Berlin all somewhat blurred into one, something that presumably the producers took note of aswell, given the reminders of where each scene was set kept popping up right through to the last episode. So rather than each place having a certain feel, and a particular role in the story, every location ended up as the backdrop towards the characters and their work.

To the show’s credit, though, the characterisation was pretty strong, across a considerable cast (I counted 19 names in the opening titles). The main players had significant, and mostly effective, storylines (the fact that Harald is the father of one of Jackie’s daughter’s being one of the weaker elements), and nearly all of those 19 characters got time to develop on screen throughout. What was most interesting to me were the attempts to humanise Marius Loukauskis, a billionaire who made his fortune through human trafficking and all manner of exploitation. From the start he was clearly a villain (if not the villain, but we’ll come to that), so it was hard to sympathise with the predicaments he found himself in throughout. 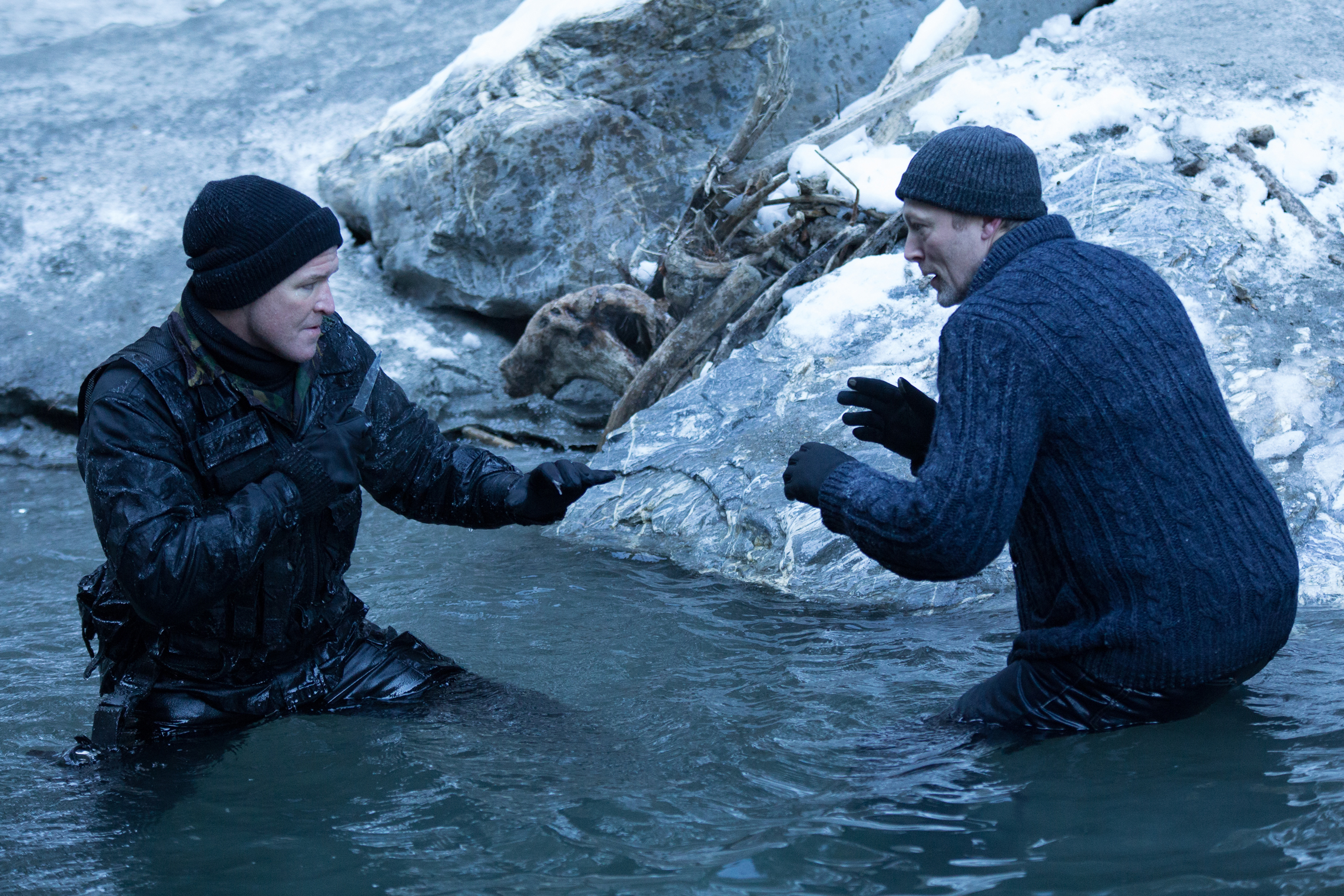 As for his villainy, it was slightly disappointing that in the end, he was the main antagonist. The opening events pointed to him, and given the crime ring mentioned above he’s a natural point of suspicion, but from then on a whole host of diversions were thrown the audience’s way – the mercenaries receiving orders from a ‘client’ who wasn’t Loukawskis, his henchman Bruno taking matters into his own hands, and the general sense that there was a bigger picture waiting to be revealed. The fact that there was no wider conspiracy, at least for this series (with a second seemingly in the works), meant the ending didn’t quite match the build-up.

It’s also slightly jarring that a pan-European show meant to ‘bring together’ the continent (according to press interviews concerning the show last year) ended up with an Eastern European slave-trading, prostitute-loving, child-raping gangster as its central villain. Obviously, as a crime show, somebody from somewhere had to be behind everything (and better it was a European villain rather than trying to paint another continent in a bad light), but the show could certainly have done with being slightly less stereotypical.

Regardless, it’s still a slickly-produced and entertaining ride, in spite of the issues. As far as concepts go, it’s one that has much potential, so here’s hoping that second series can iron out the flaws and deliver.