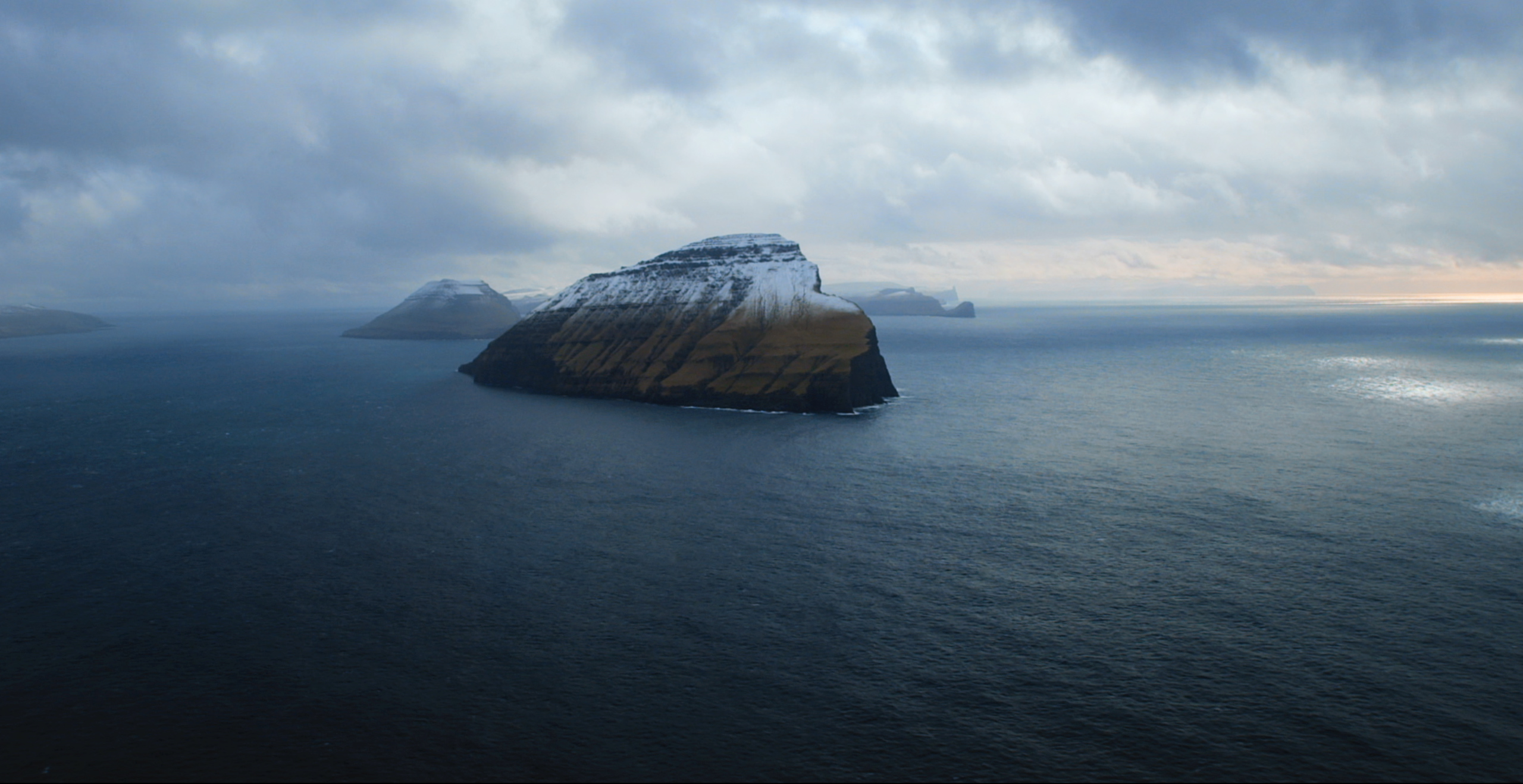 The Faroe Islands are situated between Scotland and Iceland. Though the islands are beautiful, the land is barren, and so the 48,000 inhabitants are reliant on whales, fish and sea birds for most of their food.

The Islands And The Whales follows the Faroese population as they come to terms with the problems presented by their diet. Thanks to pollution from their southerly neighbours, the Faroese waters are dangerously high in mercury. Since 1986, a study has been underway measuring mercury levels amongst the island’s inhabitants. The results are profoundly worrying.

Adding to their troubles are the Sea Shepherds, a conservation group who arrive on the Faroe Islands intending to stop the whale hunting, using any means necessary.

If you were to hear about a group who continued to feed their children food contaminated with dangerous amounts of mercury despite knowing the risks involved, you’d probably think that these people were reckless idiots. What The Islands And The Whales does so well is dig around inside the issues, illustrating how things are not as cut-and-dried as they first appear.

For one thing, the Faroese people are a traditional community. Their lives, jobs, and sustenance have been centred around the sea for centuries. The effects of mercury can take years, even decades, to become noticeable. Many don’t want to give up something so important to them now, in order to prevent a theoretical future health concern.

And the intervention of the Sea Shepherds has precisely the opposite effect that the conservationists want. One scene, at a press conference held by the organisation, sees a Faroese citizen ask what the islanders are meant to do without whale meat. Two activists, both excruciatingly unaware of issues on the island, can’t offer any helpful suggestions. The best they can do is recommend that everyone turn vegetarian. Unsurprisingly, the intrusion of these ignorant outsiders only spurs the Faroese on in continuing their traditions. 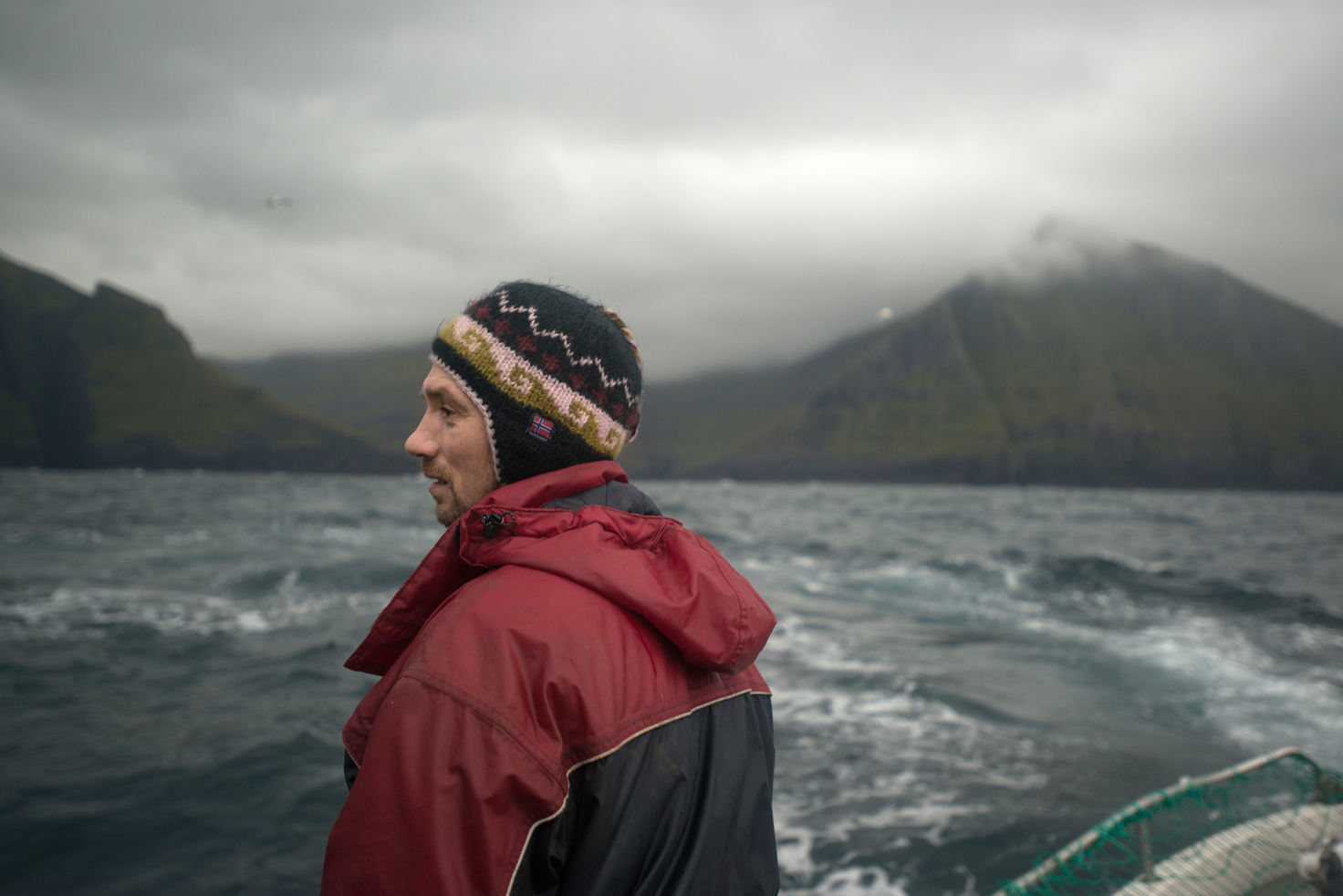 We follow a group of islanders as they all wrestle with what to do about the mercury problem; a young family, a fisherman, a professor with a sideline in taxidermy, and a local doctor conducting the mercury research. It’s the doctor who makes the most compelling character. As a local, he understands the general reluctance to heed medical warnings. As a doctor, he knows how serious the dangers are. It’s hard to think of anyone better positioned to change minds; the fact it’s been such a struggle for him shows what a long, tough battle it will be.

Director Mike Day also serves as cinematographer, and it’s in this latter capacity where he really shines. Under his lens, the Faroe Islands look like a magical, mythical place, shrouded in mystery. The clouds hang so low that they almost touch the sea. The oceans are frequently made crimson with whale blood. It isn’t hard to imagine the Viking ancestors of the Faroese sailing the same waters, hundreds of years ago.

The Islands And The Whales is a characterful, stunningly shot documentary, that excels at presenting the many facets of a very specific problem. It makes you wonder where the Faroese will be in ten years’ time: still holding on to tradition, or finally having accepted the need for change. As with all things, time will tell.

The Islands And The Whales is released in UK cinemas 29 March http://theislandsandthewhales.com/screenings