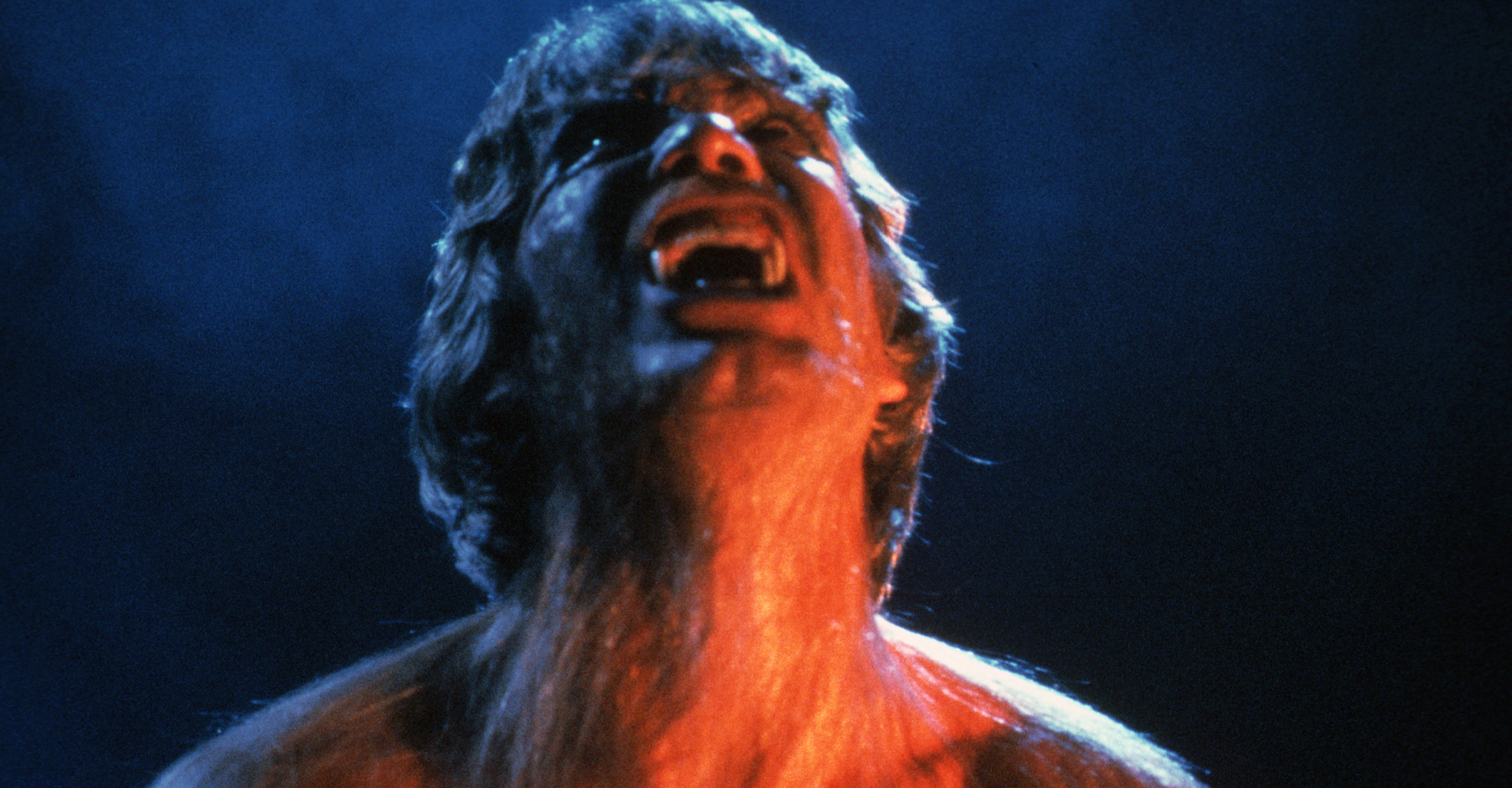 Beastly claws scratch blood red marks across the screen and a haunting howl echoes through the air. Crackling recordings of people talking about animals, shape shifters and attacks play over the opening titles, the only visuals blue static noise. Such a retro intro could only belong to a classic of the horror genre, and Joe Dante’s (Gremlins) sinister and seedy The Howling is about as classic as they come.

First released in 1981, the seminal werewolf movie has been restored and re-released by Studiocanal just in time for Halloween. Along with John Landis’ An American Werewolf in London, The Howling utilised ground-breaking special effects to create a nightmarish human-to-beast transformation that both thrilled and terrified audiences back in the day. Whilst the mutation FX verges more towards comical than frightening in 2017, the film’s influence on mainstream werewolf movies in the decades since the eighties is clear. 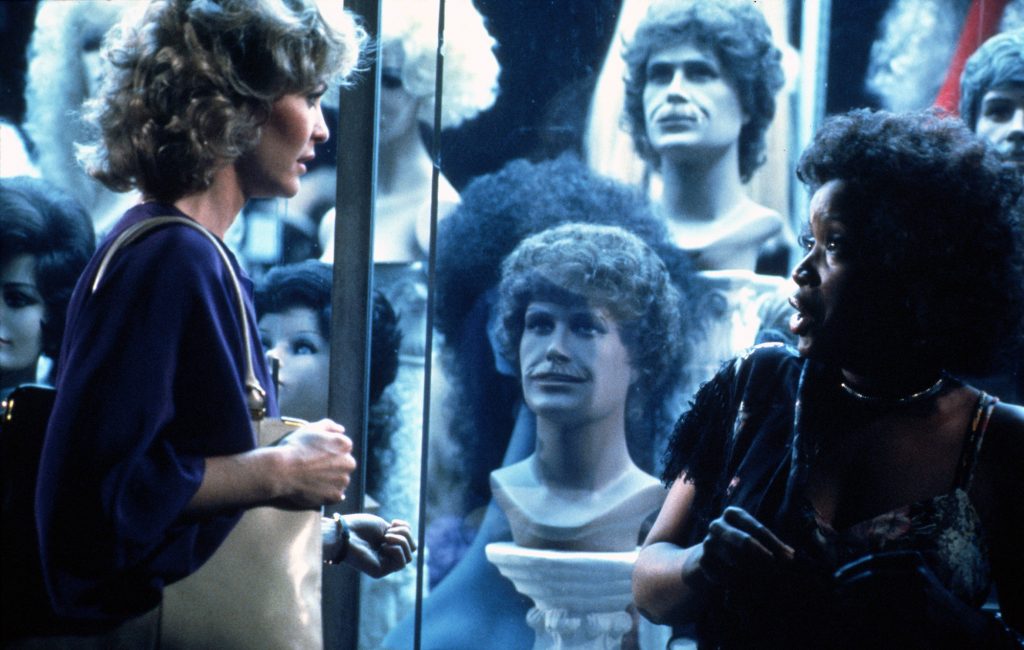 Dante always did know how to ramp up an ominous atmosphere and The Howling opens with TV anchor Karen White (Dee Wallace) taking a call, in a phone booth of course, with a mysterious serial killer, before going to meet him at a seedy porn joint to lure him out into the open. As men with guilty looks flee upon seeing a woman in such an establishment (I know, shock, horror!), Karen enters a dark booth where she comes face to face with the man and the monster. It’s a brilliant set-up, the sudden darkness – lit up only by a flickering projector – complementing the stark, neon streetlights outside.

An intense confrontation leads to the serial killer being shot by police and a dazed Karen staggering out of the adult store with amnesia. A visit with Patrick Macnee’s psychologist Dr. Waggner persuades Karen to go to a country retreat called The Colony so that she can recover and settle her nerves. But the retreat is far from the idyllic haven the doctor promised and Karen’s nightmares soon turn into reality as her husband, Bill (Christopher Stone), is attacked in the woods and her repressed memories begin to surface. 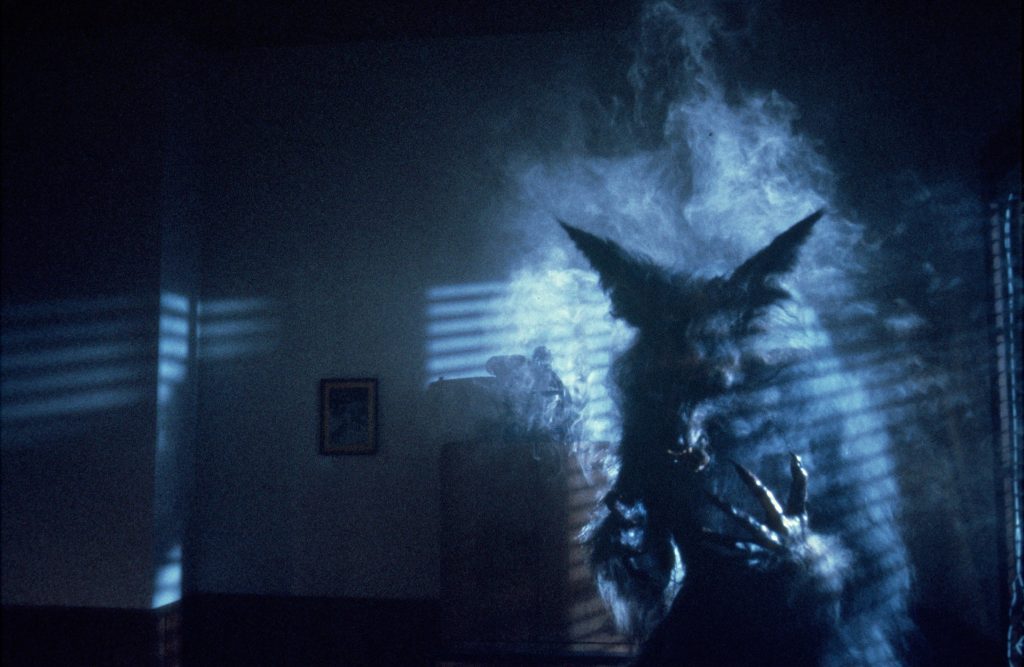 In true Dante style, The Howling is gritty, raw and provocative; packed full of in-jokes and horror references that casual fans of the were-genre might miss but any hard-core devotee will be able to reel off (many of character names, for example, are those of actual movie directors). For its time, the violence is graphic and there’s a dark, sexually explicit theme that, combined with the creepy sound and moody lighting, gives the whole thing a sordid feel. Yes, the transformation scenes will probably make you laugh but modern werewolf movies and television series haven’t progressed all that much. 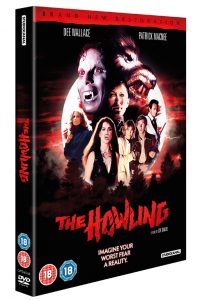 The performances, compared to contemporary cinema, do feel a little hammy but that’s part of the 80s charm. Characters will stand stiff, stuck to the spot, whilst a man spends literally minutes turning into a disgusting wolf. In reality, you’d run at the first sign of pointy claws and sharp gnashers, not stand around to check out the result, but The Howling isn’t built on realism. It’s a love letter to the smoke machine and the original horror FX. And the hour of brand new special features that comes with the restored edition makes this a must-have for both long-time Dante fans and a new generation of horror aficionados.

The Howling is out on DVD, Blu-ray and Digital Download now.