The Culturefly guide to gig etiquette

As with all things in life, there is a right and a wrong way to attend a gig. Yes, I know – it’s supposed to be fun, it’s supposed to be a good old-fashioned blow-out – why are you spoiling it with rules? Well the simple answer to that is that, much like in rugby, a struggling mass of humans without rules isn’t fun – it’s a huge pain in the arse.

Rule number one: concerts are about music. Notice, please, the tricky but important distinction from clubs, which play music but which are actually about being lecherous/attempting to escape from leches. Concert halls are places you go to enjoy music played live, by a human being or group of human beings who can see you and hear you, and amongst other human beings who are also trying to enjoy the aforementioned music. They are not – and I know some of you out there find this hard – a place to a) bellow drunkenly into the ears of your equally inebriated mates, or b) cock about in a baboon-like attempt to attract the attentions of the opposite sex.

Why on earth would anyone spend £30 to do conversational battle with a ten-thousand-jigawatt PA system? You’re inevitably going to lose that fight, but not quitecomprehensively enough that you won’t also irritate the crap out of everyone within a two-metre radius, which at the average gig is a not inconsiderable number of angry punters. I can’t think of anything more inane and pointless than ignoring a band at a gig in favour of what is, let’s face it, a social interaction of very limited quality. It’d be like deciding to have a romantic dinner in the middle of a building site. Please stop it.

Rule number two: please also stop bumping into me. Now, look, I understand that when you’re in the middle of a sea of three thousand people, all of whom are trying not to touch their neighbours in an inappropriate place, it can be hard to avoid the occasional shoulder-brush. I can roll with that. But what I cannot abide, that which goes entirely beyond the pale, is the deeply mistaken belief that some attendees seem to hold that I am a wall, or perhaps a handily placed pole, onto which they can relive some of the weight on their feet. Because, you see, when you lean on me, I end up leaning on my neighbours, which isn’t too bad if they are, for example, my wife, but which causes serious embarrassment if they are not. You force me to make apologetic eyebrows at strangers. Please stop it. 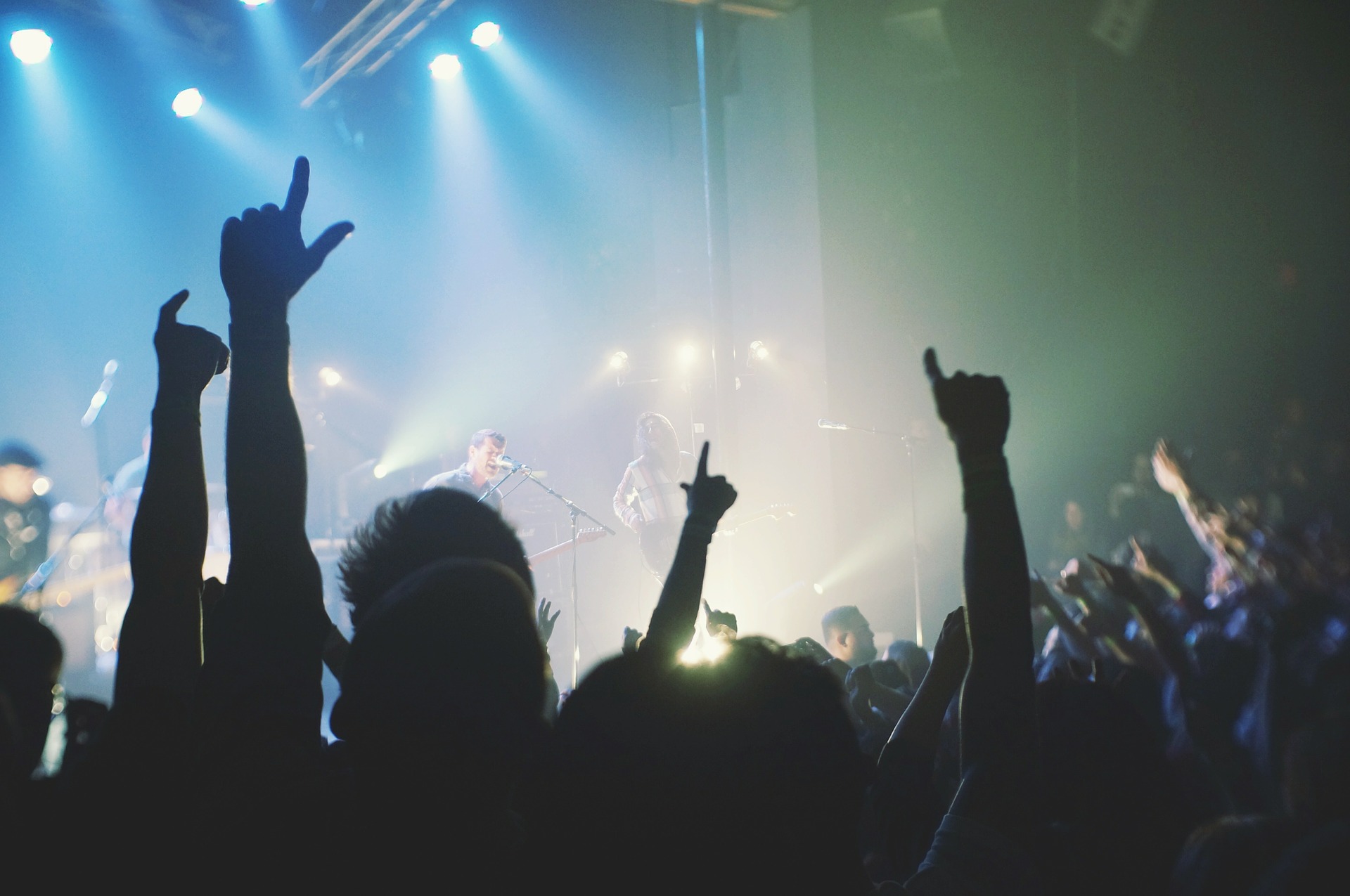 Rule number three: if you are late to the gig, you are standing at the back, and that’s just it. I’m sorry. It is absolutely unacceptable for a conga line of sweaty people to force their way through the crowd from back to front, each one with a pint extended in front of them as though it were some international symbol for ‘right of way’, wantonly destroying the careful arrangement of heads, shoulders, friends and rivals that has grown up organically in the two hours since doors just because they feel left out. If you want to be at the front, plan ahead. Get there early. Have a nice Nando’s next door and then clear out in time to get a good plot a few rows back from the front.

Even worse is when said conga line finally hits a particularly resilient knot of gig-goers halfway to its goal and is forced to stop where it stands, straggling through the crowd. When this happens, the one at the front invariably decides that he or she needs to converse with his or her colleague bringing up the rear, and will begin to shout incoherent things up the line. In the best traditions of Chinese whispers, this becomes mangled into incomprehensibility by the journey, and comes out underneath the balcony as ‘Scotty says you’re a nob’. The next step is well-known to all regulars of the gig scene: Scotty begins to wave first his hand, and then his phone, and then his phone torch, and then someone else’s phone torch as well, above his head in an effort to convey his very important message by semaphore. This producing no satisfactory result, Scotty throws his hands up in despair and surrenders his rearguard to ignorance, probably with a further comment on his or her resemblance to the male anatomy. Oh really, really please stop it.

And we finish with rule number four: stop talking about how tall I am. Ok, yes, confession time: I’m well over six feet tall, and that, I know, makes me an instant figure of hatred at any concert. There’s probably someone else writing an article somewhere about how annoying people like me are at this very moment. But it’s just not my fault. I can’t help it. I like music and I’m tall, and that’s all there is to it. So if you’re unfortunate enough to be the one standing behind me when the lights go down, don’t suddenly burst into an angry tirade to your accomplices about how annoying I am. What do you want me to do, saw myself off at the knee? Hunch double for three hours? Place my feet extremely far away from each other to bring my head down to the level of you hobbits? It simply can’t be done.

For that most common of complaints, ‘people like that shouldn’t stand near the front’, please see rule number three. If you don’t like it, plan ahead – and, before plonking yourself down for the evening, maybe just look forwards for the briefest of moments – a picosecond would do it – to see if the person in front of you is, say, enormous and opaque. It really isn’t hard, and it certainly isn’t my fault if your visual accompaniment to the greatest hits of Franz Ferdinand is the back of my coat.

There is, of course, one caveat to all of this: if a mosh pit develops, all bets are off. Then I really come into my own. You’re not winning a bounce-off with Captain Giant…