Arnie’s back… again. Following on from its cinematic re-release earlier in the year, James Cameron’s seminal sci-fi sequel now hits the shelves in a shiny new Blu-ray package; complete with a 3D option of those who are inclined.

So ingrained is the film within popular culture that to recite the plot in any real detail seems futile, but there’s significance in the simplicity of its construction. Unlike the more convoluted future franchise instalments – particularly Salvation and Genisys – Judgment Day very much feels like a logical step forward from the original; picking up the story 11 years later and focusing in on a young John Connor (Edward Furlong), who must join forces with a cyborg (Arnold Schwarzenegger) sent back from the future to defend him from a shape-shifting T-1000 Terminator (Robert Patrick), who has been programmed to eliminate John and his now institutionalised mother, Sarah (Linda Hamilton). 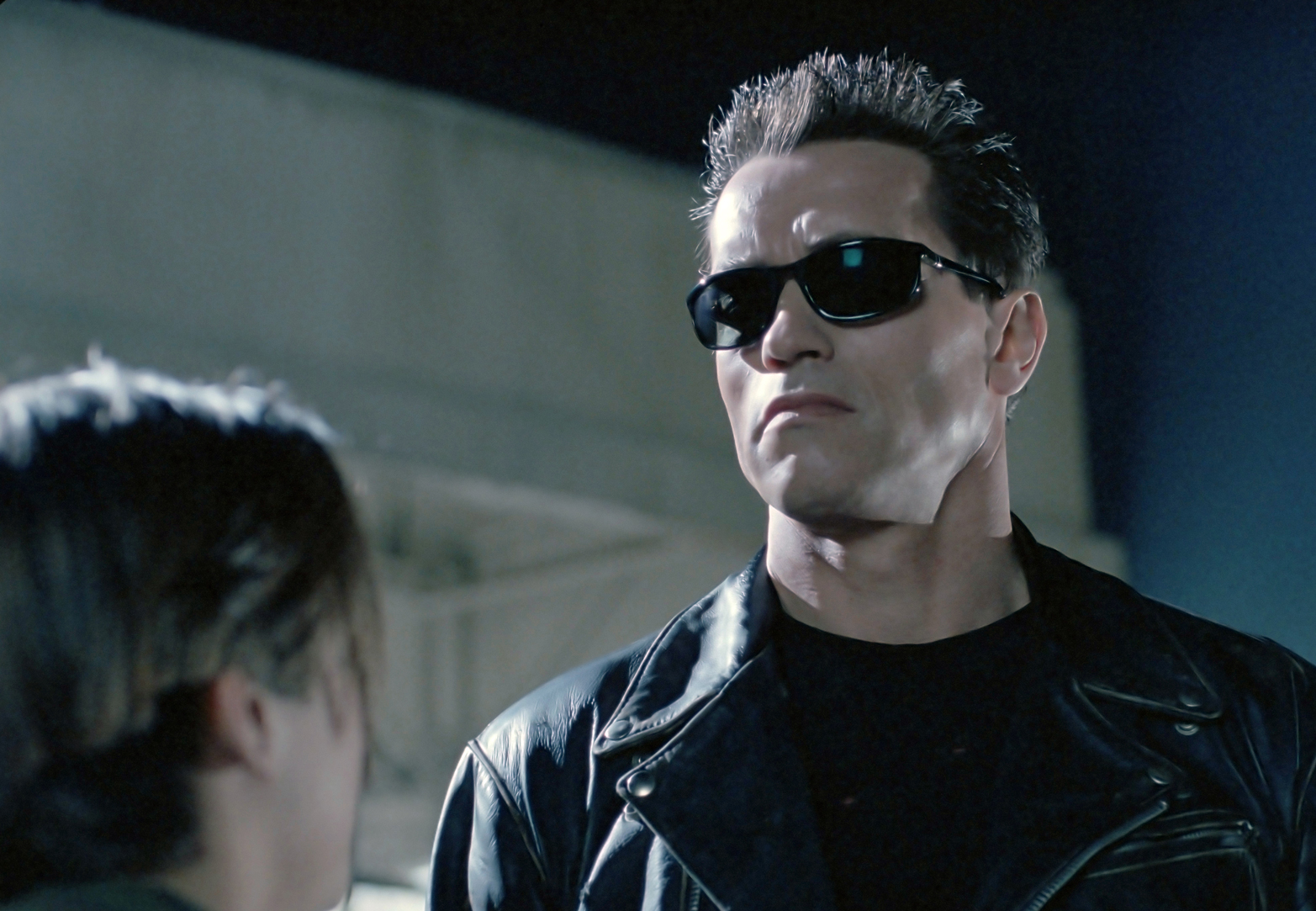 Even now, more than 25 years after its release, the film’s state-of-the-art visuals continue to amaze: Stan Winston’s practical effects effortlessly astonish, while the CG rendering of the liquid metal that forms the T-1000’s figure, coupled with Robert Patrick’s piercing presence, define him as one of the greatest screen villains. His performance, programmed with an ominous menace, recalls the seething horror of The Terminator, but Cameron’s masterstroke is how he takes his cue from his work on Aliens to compound this terror with a number of grand, bombastic sequences; the best of which sees John, Sarah and the Terminator break into the Cyberdyne Systems building in an attempt to prevent the eponymous day of reckoning. 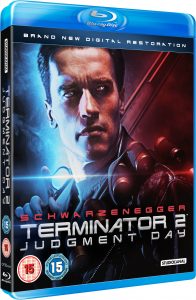 The disc itself contains 3 different versions of the film, including the more streamlined theatrical cut, as well as the extended special edition that contains a misjudged coda that includes the distracting sight of Linda Hamilton under heavy prosthetics, and offers the story a more finite conclusion. Then there’s a new hour-long documentary that intricately takes us through every step of the films production, as well as fantastic making-of feature that was first released in 1993; plenty to warrant various revisits… you might even say that you’ll be back, too.