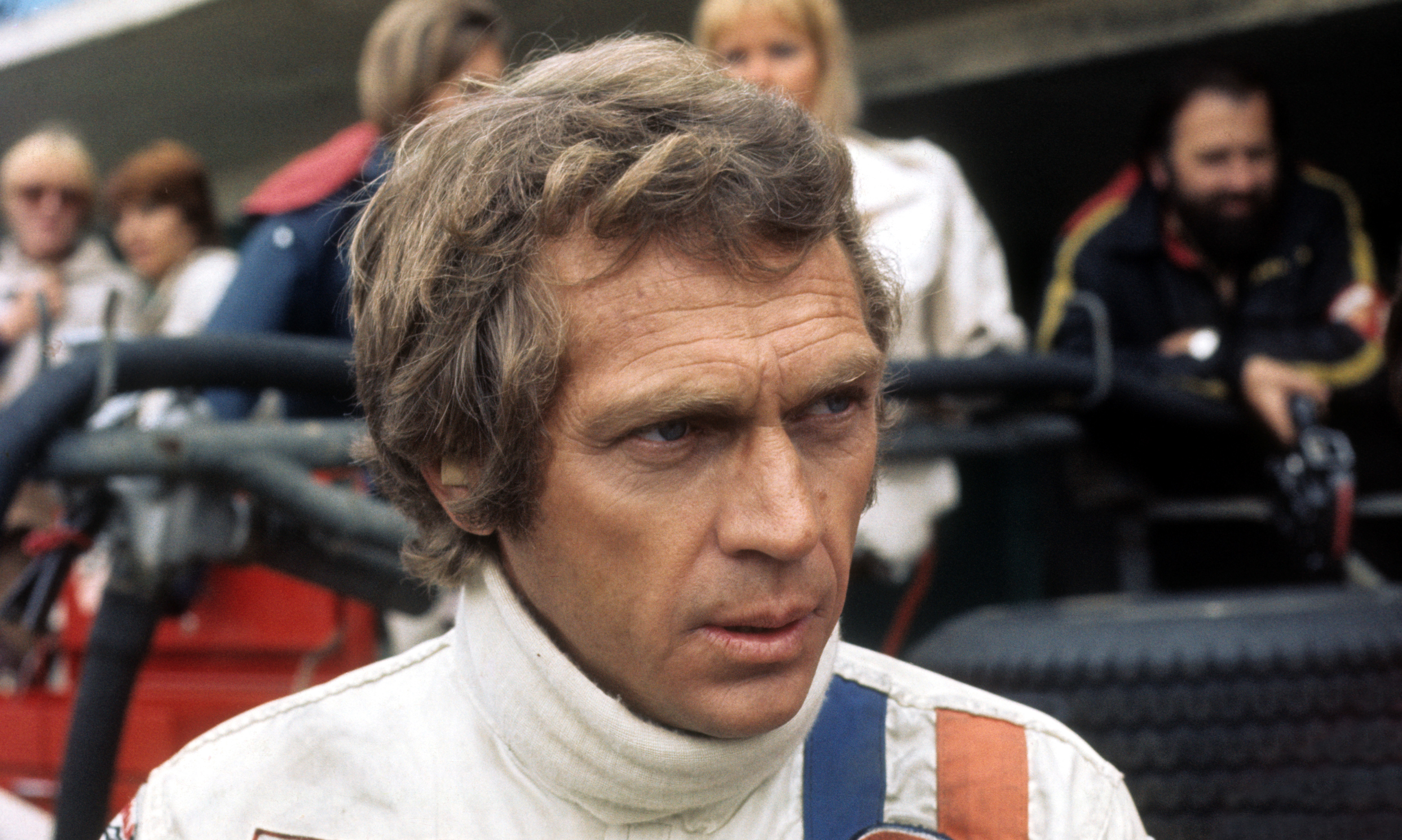 Steve McQueen’s myth is that he is the King of Cool. Even now, 37 years after his death, his visage is held up as the epitome of male coolness by men’s magazines. If you want to be cool and attractive to the opposite sex, you should dress like McQueen, cut your hair like McQueen and walk like McQueen.

Filmmakers Gabriel Clarke and John McKenna attempt to dissect McQueen’s myth in Steve McQueen: The Man and Le Mans, a character study focusing on the events and impact of the troubled production of Le Mans, the actor’s opus. Using interviews, archival footage, and a smearing of mythological illusions, the filmmakers try and fail to get to the bottom of the famous actor.

Clarke, famous for hosting post-match interviews on ITV’s football coverage, tells his story well. He has enough journalistic skills to identify the juiciest quotes from the interviews, you can almost sense he’s laughing in delight as an interviewee describes the actor’s actions as being “like Moses parted the waters or God appeared in the sky”. However, Clarke’s story construction suggests he is laughing with the interviewees, as he and McKenna flirt with deconstructing the myth before swerving back into reverence. The film lacks dramatic tension because the filmmakers and the interviewees are too in love with Steve McQueen.

Which is a shame because the documentary is at its strongest when it tarnishes the myth. The actor is often presented as egotistical. The fact he had affairs is nothing new, it’s expected alongside his rock star status, but the reveal he believed his wife couldn’t retaliate by having affairs of her own is pretty damning. 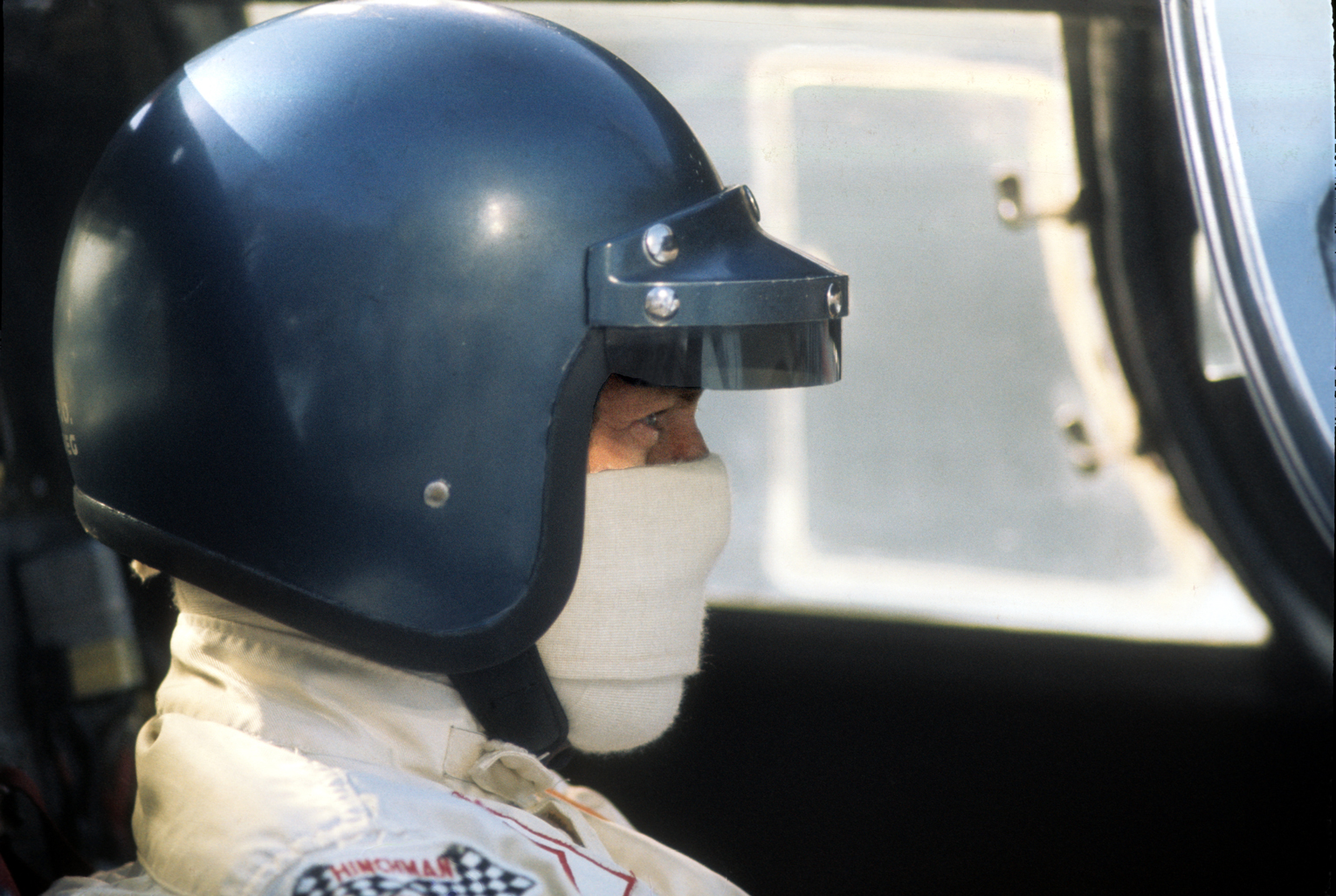 But, even with this new information into his character, the film never goes for the myth’s jugular. It is content with calling the actor a visionary instead of an egomaniacal pain in the backside. There is no doubt McQueen was forward thinking when it came to filming the racing scenes, the snippets shown here are breathtaking by today’s standards, yet the filmmakers are afraid to tarnish his reputation.

The impact of his myth is presented through Chad, McQueen’s son and the person most qualified to be like McQueen. The filmmakers smartly present Chad’s story over stages, turning what at first appears to be self-conscious coolness into an alarm about following your heroes. 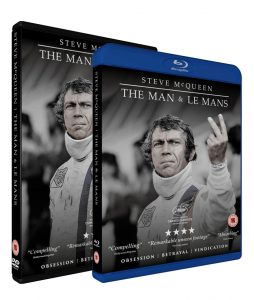 It ultimately makes the film frustrating, as it flirts with great moments, with actual depth, before reverting to a GQ-approved status quo.

In the end, the filmmakers have made a clunky character study. For McQueen, the purpose of Le Mans was to fight his reputation, to play a “loser” for once. The Hollywood bigwigs wouldn’t let him, and now, in 2017, Clarke and McKenna’s documentary maintains he is still the king of cool.

Steve McQueen: The Man and Le Mans is available on Digital, Blu-ray and DVD from 5 June 2017