In the years since international drama started flooding on to British screens, the big players have mainly been BBC4 and Channel 4, with most of the hits coming through one of those two channels, from the first pioneers like The Killing to newer efforts like Blue Eyes. But recently, Sky Atlantic have got in on the act; they had Midnight Sun, and now there’s Public Enemy, a taut Belgian thriller set in the fictional village of Vielsart, in the Ardennes. As befits a crime drama, there is indeed a healthy dose of, well, crime, but the show breaks fresh ground in other areas. Such is the volume of crime drama today, it’s not enough to simply be ‘death and cops’; there has to be more to it than that. Blue Eyes, as an example, combined the usual trappings with a frank exploration of white nationalism and Neo-Nazism; in Public Enemy, the variable comes through Guy Beranger (Angelo Bison), a convicted serial killer who, after 20 years in prison, is released to be initiated into the order of monks at Vielsart Abbey.

Leaving aside the questionable legal context of such a premise – unless I’m ignorant of the frequency of such moves in the Belgian legal system – it sets up an interesting angle to the drama to come, as Beranger’s arrival inevitably impacts the Abbey, and indeed the village as a whole. Sent in from Brussels to oversee his protection in the early weeks is Chloe Muller (Stéphanie Blanchoud ), a detective with issues of her own in the past. Added to this is the sprawling Stassart family; the three brothers Lucas (Clement Manuel), a member of the Abbey, Patrick (Philippe Jeusette), whose plans to reopen the family brewery lose funding due to Beranger’s arrival and Vincent (Vincent Londez), best described as having a screw loose; then there’s Patrick’s wife Judith (Laura Sepul), the resident forensic pathologist, and son Emile (Lucas Jaquemin), who is affected by the onset of learning disabilities.

The pieces are there. Yet Public Enemy ultimately feels like a great show being obscured by a good one. It starts well, builds well and ends strongly – including an overt setup for a planned second season – yet it feels like it could be more than it ends up being. Principally, this comes from the diminished role of Beranger as the season progresses, from the catalyst for the entire show initially, to prime suspect when the bodies start falling, to a kind of redemption by the end. In a sense, his arc is effective and sincere, showing his antagonistic sociopathy give way to a genuine notion of community and brotherhood. Yet this sincerity also makes his arc rather linear, and almost glosses over the reality of his past. Attitudes towards him form into camps at the two extremes: those in the Abbey willing to forgive each and every one of his ‘sins’ and help him renew his life, and those for whom there can be no redemption, who hold him responsible for all the troubles of the village and Abbey.

Save for Chloe, there isn’t really anyone whose opinion is in between, and her characterisation is too imposing to truly explore his; scenes in which she features gravitate heavily towards her narrative above all else. Beranger is set up to be the absolute focus of the show, yet as the crime drama element kicks in, he ends up a kind of distraction. It’s a pity, not just because of the potential for his role in the show, but because Angelo Bison does such an incredible job of portraying such an enigmatic character. He combines intense mannerisms with probing dialogue to disarming effect, creating a profile of a man easily imaginable as a killer, yet also one who might be trying to ‘begin again’. The key word there, however, is trying, as the show in practice makes his journey one of inevitability, not uncertainty; the slow march towards redemption and acceptance, rather than a character portrait of someone struggling with their inherently damaged nature. 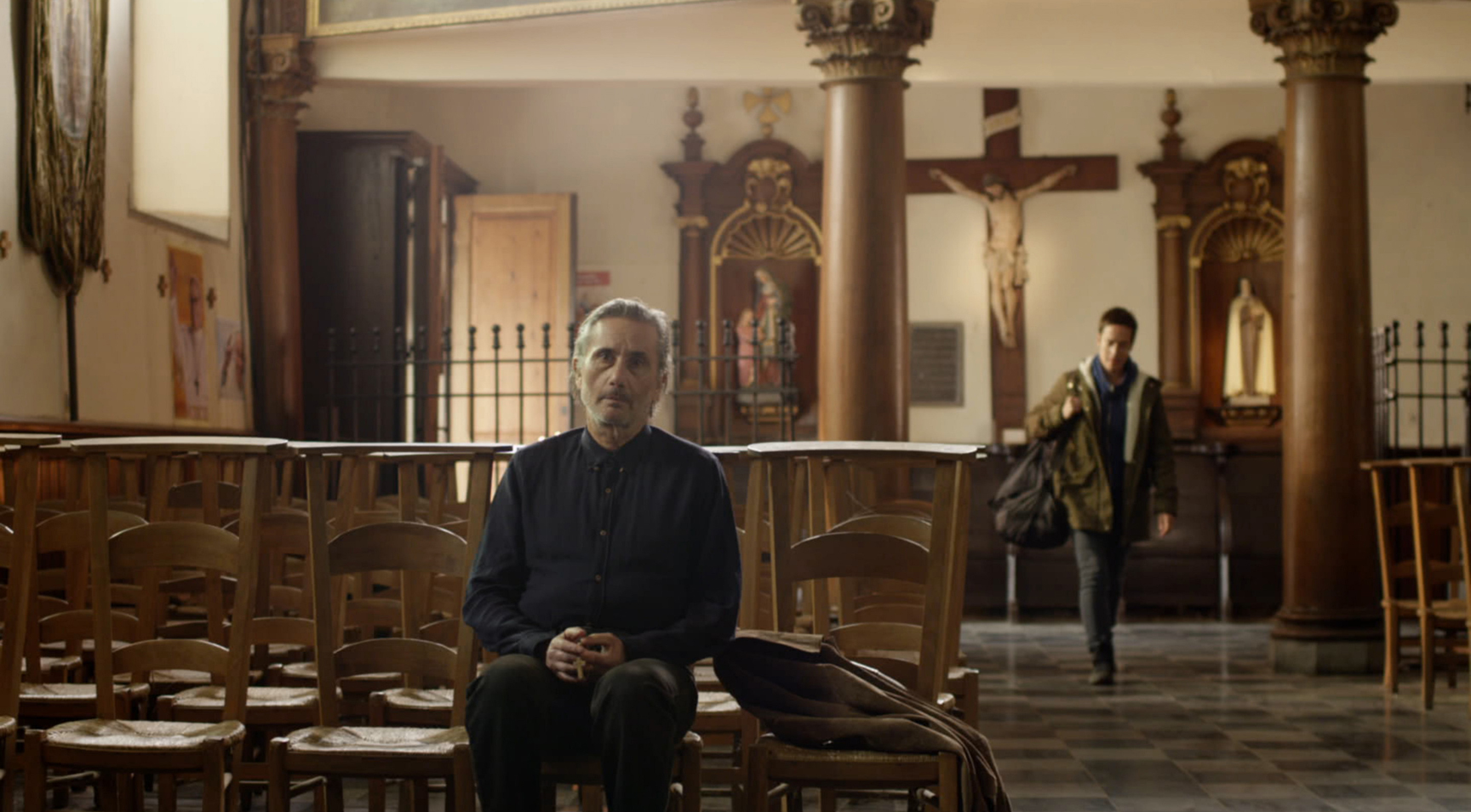 The crime drama element of the show is best described as polarising. The typical ‘awkward pairing’ of city cop and local cop between Chloe and Michael Charlier (Jean-Jacques Rausin) isn’t really so awkward, changing the usual culture clash, and the thriller elements are indeed thrilling. It’s certainly engrossing, and the final episode is brilliantly acted, but the big reveals of the plot behind the killings are… questionable. They make sense, and for the characters involved, the drama is compelling, yet it only widens the gap between the crime and the drama. Both elements are engrossing in their own way, yet both could be better; should be better, particularly had they been linked more than they were. Arguably, the show would have been better as a so-called ‘inverted detective story’- a ‘howcatchem’ rather than a ‘whodunit – allowing for less focus on the investigation, and more on Beranger.

Ultimately, Public Enemy feels like a strong show that just isn’t quite sure what it wants to be: a drama about a killer trying to redeem himself; a gothic, noir crime thriller centred around a troubled cop; or a drama about a struggling village in the grip of murder. In the end, it’s all three, but the combination handicaps the individual parts, making for an entertaining, yet flawed affair.