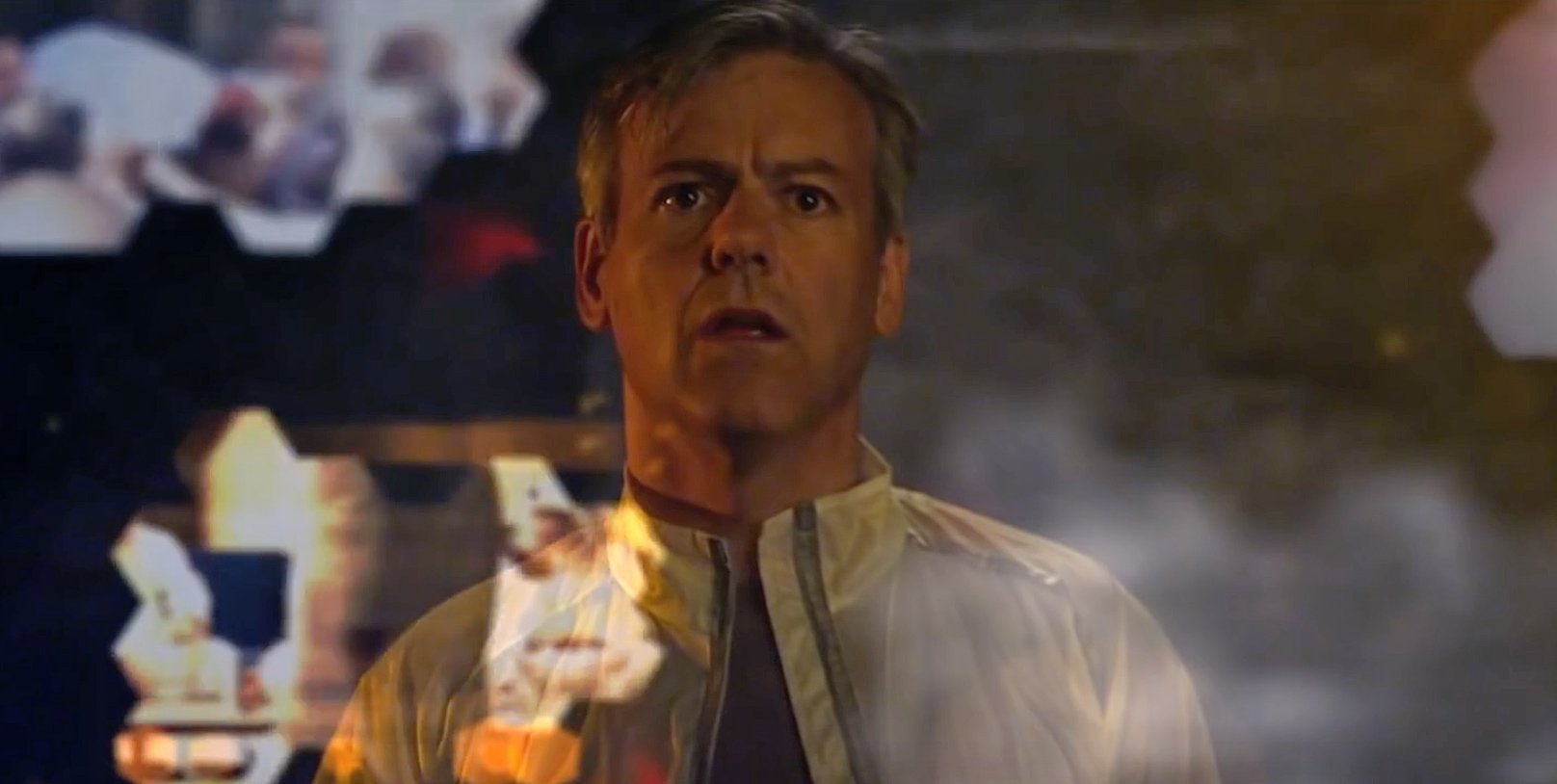 Space Madness. A chronic condition amongst cinema’s astronauts. Hundreds of thousands of miles from home, eating dehydrated food from packets, trapped in a tiny space with only a handful of people; it’s no wonder that so many characters in films like Silent Running, Sunshine, and Solaris have been stricken by astrological insanity.

In Native, the debut film from British writer-director Daniel Fitzsimmons, it is Cane (Rupert Graves) who comes down with the malady. As part of an alien experiment into telepathy, Cane and co-pilot Eva (Ellie Kendrick) have been sent into space to investigate a distant world, for reasons their superiors keep hidden. Back on their home planet are Cane and Eva’s telepathic partners, acting as mission control. The death of Cane’s partner sends him spiralling into lunacy, putting the mission, and Eva’s own sanity, in jeopardy.

Rupert Graves has long been a mainstay of the British small and big screens, but it’s very rare to see him in a leading role. Until her critically lauded lead performance in The Levelling last year, the same was true for Ellie Kendrick. Both actors do good, solid work here, giving it their all to try and make the sci-fi jargon dialogue sound less like jargon and put feeling into their underwritten characters.

Unfortunately, it isn’t just the characters that are underwritten, but the whole of the movie. We are thrown into space before we have any clue just what is going on, and then are left playing catch-up. Five more minutes of introduction, of exposition, of anything to give us some grounding in this story and these characters would have been a big help. But there is nothing, and no reason for us to care what happens.

Fitzsimmons keeps the reason for Cane and Eva’s mission a secret to add surprise to his third act twist. It backfires. Robbing us of the knowledge of their destination robs the film of any tension; nothing is added by not knowing where they’re going. Nothing. And of course, it’s easy to figure it out before the big reveal anyway, which makes the twist a big anti-climax, and the narrative withholding seem even more pointless. 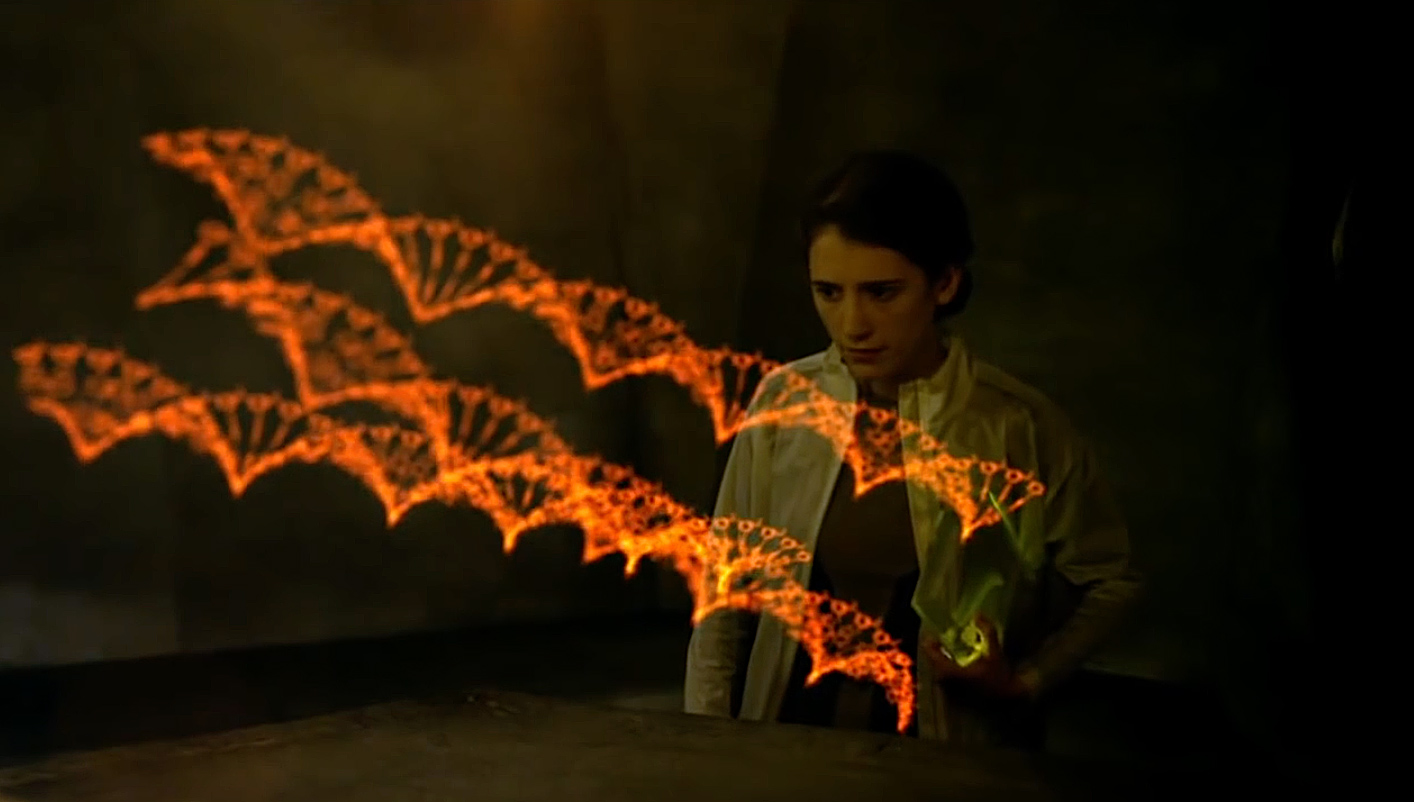 And so essentially, we are left with just another man going crazy in space. There are other themes; the film touches on the meaning of art to humanity, of connection, and individuality, but it never engages fully with any of these ideas. There is nothing in this film that hasn’t been covered more thoroughly and thoughtfully in countless others.

At least eighty percent of Native is set aboard the spaceship, and it’s striking how smart Fitzsimmons has been with his small budget. Through limited sets and canny lighting, a convincing vessel emerges. Other visual touches are overused; there’s way too many instances of Cane and Eva operating mysterious holograms via their mysterious tablets, and of Eva practicing yoga. But the ship’s interior remains convincing in its minimalism.

Native isn’t awful. Daniel Fitzsimmons gets good performances out of both his leads, and for the most part manages to hide the meagre budget; no mean feat when making a sci-fi movie. A severe mishandling of the narrative and thinly-drawn characters, however, leaves the film feeling dull and disappointing. A shame.